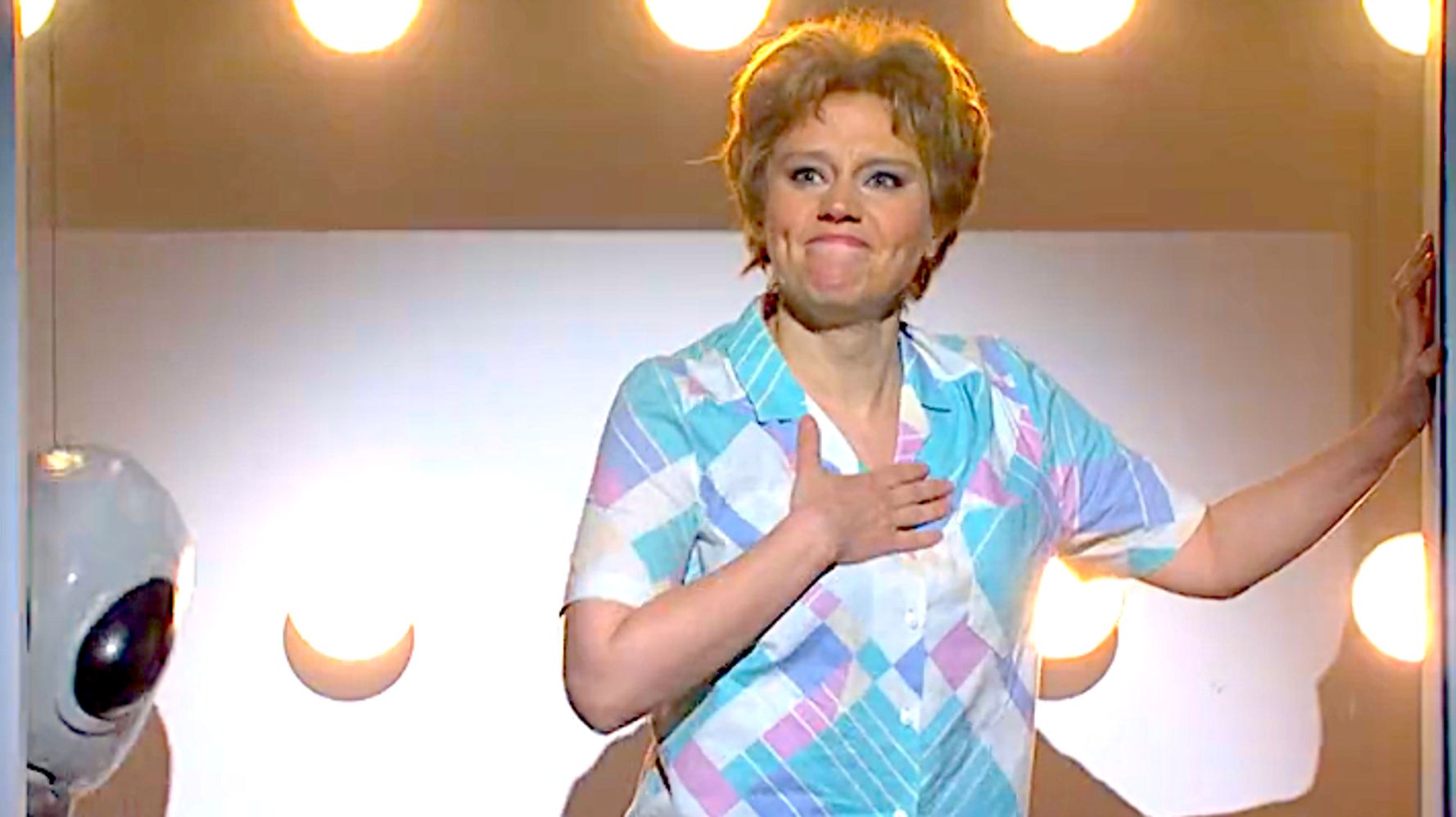 The final “Saturday Night Live” cold open of the show’s 47th season was a wacky homage to its years of alien abduction tales and the bold creativity of the cast.

It ended with Kate McKinnon climbing aboard a spaceship a la “Close Encounters of the Third Kind” and bidding an emotional farewell.

“Earth, I love ya. Thanks for letting me stay a while, ”she added, growing teary.

The program was the final episode for McKinnon, along with popular longtime cast members Pete Davidson, Aidy Bryant and Kyle Mooney, who all signed off by the end of the finale.

Rafferty, as usual, spilled all the raunchy, rough-and-tumble details of the “gray” aliens’ intimate encounter with her “hairy squatter” – the “yeasty and my beasty.” It “was bedlam,” she recalled.

Bryant and Day revealed they had made a deal to send an Earthling to outer space – permanently – in exchange for advanced technology.

“I can read the room. It’s me, right? ” Colleen asks. “Sure. Why not? I always kind of felt like an alien on this planet anyway. ”

Then it was her last time saying: “Live from New York, it’s Saturday Night!”

Check it out in the video up top.