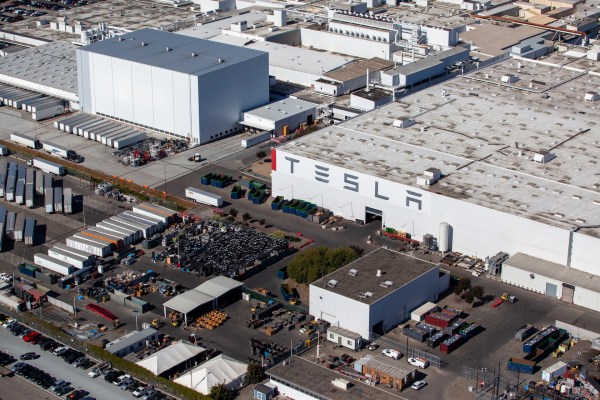 Tesla said it faced several challenges in the first quarter related to global supply chain, transportation, labor and manufacturing and that the problems could limit its ability to run its factories at fully capacity.

The automaker also warned of continued supply constraints that could hamper future production, despite the recent openings of its Gigafactories in Berlin and Texas that will build the Model Y.

“Our own factories have been running below capacity for several quarters as supply chain became the main limiting factor, which is likely to continue through the rest of 2022,” the automaker said in its financial outlook.

Tesla reported $ 3.32 billion worth of net income, a 658% increase from the $ 438 million reported for the same period last year. The company’s profit result stands out as it is by far the company’s largest in recent history, towering around $ 1 billion above its Q4 2021 net income results.

The figures bested analysts expectations in both revenue and net income terms. Per data from Yahoo Finance, analysts expected that Tesla would generate Q1 2022 revenues of $ 17.8 billion, and $ 2.26 in earnings per share.

Shares of the company are up around 4% in after-hours trading, after shedding nearly 5% of their value during regular trading.

The company’s quarter is hard to fault. Revenues at Tesla rose 81% on a year-over-year basis, a figure bested by 87% growth in automotive revenues across a similar timeframe. Even more, the company’s operating expenses only ticked up 15% compared to the year-ago quarter, giving the EV company a huge jump in its operating margin – that figure rose from 5.7% in the year-ago quarter, to 14.7% in the final quarter of 2021, to 19.2% in its most recent three-month period.

Finally, from a big-number perspective, Tesla’s operating activities kicked off just under $ 4.0 billion worth of cash in the quarter, up 143% from its year-ago result of $ 1.64 billion. Notably Tesla generated more positive operating cash flow in the fourth quarter of 2021 than it did to start 2022, but the decline feels modest when compared to the year-ago comparison.

Despite these rosy numbers, there is one figure that illustrates the company’s challenges.

Supply chain issues are visible inside Tesla’s listed “global vehicle delivery” number, which is measured in number of days of available supply. From a peak of nine days ‘worth of cars in Q2 2021, Tesla reported just a third of that figure, a slim three days, in Q1 2022. That figure is closer to the company’s Q4 2021 result of four days’ worth of inventory, at a roughly flat production level. Same production with less slack? Sounds like a supply chain matter.