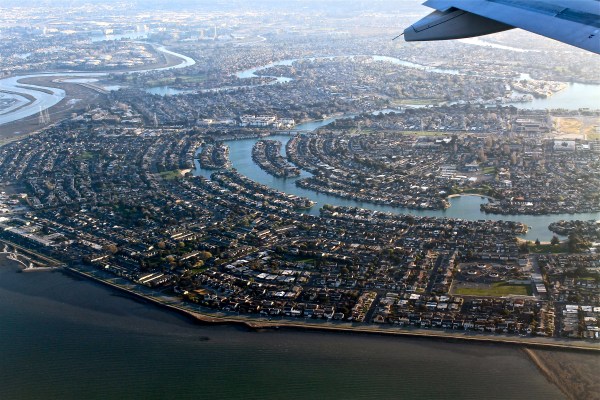 Josh Wolfe is the managing partner and co-founder of Lux Capital, a multi-stage venture capital firm where he invests in deep tech companies ranging from aerospace and advanced manufacturing to biotechnology and defense.

More posts from this contributor

The timeless search for national competitive advantage has accelerated with globalization. During the Cold War, the United States and the USSR fought an ideological and a military race, but never one over consumer products: no American was interested in buying a Soviet toaster.

Now the lines are blurred; countries are fighting across their entire economies and all war domains to their advantage. Technological supremacy in consumer and business products is directly linked to the great power race over air, land, sea, space and cyber.

Startup founders and engineers are also increasingly recognizing their role in this struggle. These people are not George W. Bush-style jingoists, but they want to support liberal democracy and ensure that front-line people have the best tools to do their job.

It is a major shift from the last many decades, when the anti-war atmosphere in the Bay Area, which arose in the protests over the Vietnam War, intensified into anti-war protests against the wars in Afghanistan and especially Iraq. Despite some high-profile protests against the work on national security contracts in recent years, we now see a return to Silicon Valley’s original culture of cutting-edge defense technology to protect the American homeland and its allies from adversaries. In fact, more and more people want to work exclusively with the Pentagon and our allies on defense technology, especially since confronting China’s progress has become one of the few genuine two-pronged positions in a polarized Washington.

For engineers who dive into defense technology, the challenges and opportunities in all domains are extensive. In the air, China is believed to have successfully tested a hypersonic missile – a technology that the United States is considered to be years away from achieving based on intelligence assessments. Given the speed of its journey and the inability of the sensors to detect it, a hypersonic missile would render much of America’s current air defense systems ineffective.

We are also seeing the emergence of a whole new air threat: swarms of cheap and violent drones that can be deployed quickly with a human operator in sight. U.S. General Frank McKenzie recently named these “Costco drones” after the stock dealer, and we are likely to see countries with small defense budgets capable of overwhelming well-equipped U.S. forces.

Similarly at sea, we see a shift from large and expensive aircraft carriers manned by thousands of sailors to small, cheap and autonomous vessels. Governments (or non-state actors) can now disrupt critical trade routes at sea in ways that are very difficult to defend against. Meanwhile, underwater, there is a growing ability for opponents to exploit and disrupt underwater Internet cables that carry a growing majority of the global economy.

In space, just a few weeks ago, Russia tested a direct ascent, anti-satellite weapons that destroy individual satellites. Such an attack could wipe out GPS and global communications (and the trade, transportation, and logistics that depend on them), as well as potentially render much of the nearby land area unusable for satellites due to the resulting waste. These weapons are hard to detect and even harder to stop with existing defense technologies.

Finally, on the cyber domain, despite tens of thousands of billions of dollars pouring into the cybersecurity sector over the past decade, companies and governments remain extraordinarily vulnerable to ransom and espionage with large-scale paralysis attacks and information extraction initiatives. One year after the giant SolarWinds hack, we are no closer to preventing or defending ourselves against state-run cyber warfare.

All of these issues across all of these areas remain wide open, and the United States has the most to lose – economically, politically, and militarily – if it fails to confront them.

The result is that complex and tough challenges are precisely the kind of problems that top engineers and startup founders want to work with. There is a growing chorus of criticism – even from senior civil defense officials – against Washington bureaucrats who just continue to do business as usual despite the ever-increasing evidence that our defense is ill-equipped for the challenges posed by our opponents. constitute.

In today’s defense world, we have met the enemy, and he is ourselves: Startups are instantly hindered by the Pentagon’s outdated procurement systems. We need to immediately circumvent this bureaucracy and, in an unpleasant way, displace the very comfortable, legitimate and entrenched monopolies and oligopolies that do not have the best technologies, but do has the best lobbyists. We need to get the big “prime” – as the country’s leading defense contractors are known – out of the way. We would never send our once great, but now trailing, slow-moving, least competitive athletes to represent America in fierce competition at the Olympics. That would make us sure losers. So why are we sitting still and letting this happen in the critical arena of the defense?

The Ministry of Defense has launched a number of programs to bring startups on board. These programs are well-intentioned, but they miss the point: the Pentagon must throw away its shopping book and rebuild its defenses to the weapons our enemies actually use today. We live in a world where an F-35 Joint Strike Fighter, which costs up to $ 100 million per unit or more, can be maneuvered by “Costco drones.” America’s long-standing defense superiority has led countries to innovate asymmetrically – and now they are moving forward.

The good news is that competing asymmetrically is exactly what Silicon Valley and startup founders do every day. Their tough ambitions and scarce resources mean they repeatedly do more with less. They go up against entrenched established companies, identify their weaknesses and relentlessly exploit them to create competitive advantage. We have the technology and increasingly know-how and people ready to strengthen US defense. Now we just need the Pentagon to start demanding more of itself and are willing to award large contracts to the most competitively advantageous new American startups.

While change in the Pentagon is paramount, in addition to America, there is an opportunity to also help liberal democracies globally with their defenses. In Europe, there is an incredible wealth of talent and available technologies that could be used to defend the continent. Yet its defense systems are a technological Tower of Babel with significant interoperability challenges. Streamlining defense standards for next-generation technologies would not only help the United States, but also many of our allies.

America today faces the greatest challenge to our competitive advantages in recent times, with advantages eroding across all war domains and in many economic sectors. Opponents are increasingly aggressively searching for weaknesses to aggravate and exploit. But at its heart, America’s values ​​and influence still offer us enormous soft power: an openness to new ideas, to new people, and to new opportunities. Defending our open values ​​against the intrusive authoritarianism of antagonists like China and Russia is not optional. Defense technology is the next big sector for Silicon Valley, if for no other reason than any other sector will trust the United States to ensure peace in the years to come.