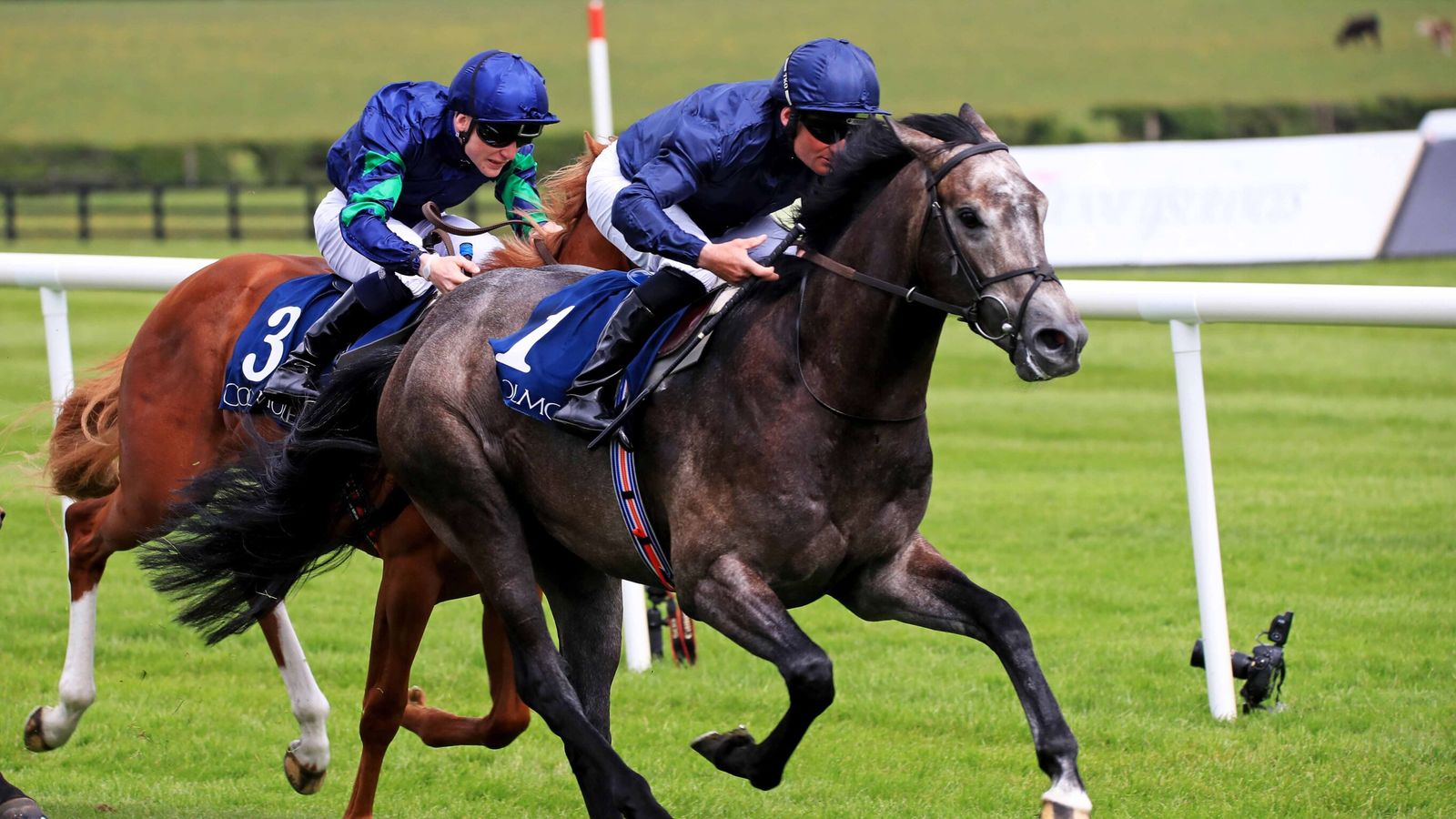 It was almost a carbon copy of The Antarctic’s Tipperary debut as Aidan O’Brien’s talented two-year-old maintained his unbeaten record in the Coolmore Stud Calyx Race at Naas on Sunday.

The son of Dark Angel was half a length clear of Wodao when scoring on debut and both the 750,000 guineas purchase and the reopposing Showcasing colt were quickly into stride in this five-furlong contest and disputing the lead early doors.

They were joined at the two-furlong marker by Michael O’Callaghan’s eventual second Mehmar, but The Antarctic was not for passing under Seamie Heffernan in the closing stages and defied signs of inexperience to be strong at the line. He had three-quarters of a length in hand on the runner-up with Wodao a short head further back in third.

A trip to Royal Ascot appears up next for the brother to Battaash, with the master of Ballydoyle highlighting the Norfolk as his intended destination at the summer showpiece.

Betfair left the youngster unchanged at 5-1 for that five-furlong event, with O’Brien saying: “He’s fast, obviously he’s a brother to Battaash. He has a lot of natural speed and is a high cruiser.

“I’m delighted to get a second run with him and Seamus is very happy with him.

“He’s a real sprinter, I’d say, he’s very strong and he’s as wide as he is long. I could not be happier with him.

“Seamus said the faster they go in a race the more it will suit him. He is fast and I would not be sure he’ll stay very far, he’s probably a five-furlong horse.

“The plan was to go for the Norfolk if everything went well today. I think that’s the plan, if everybody is happy.”