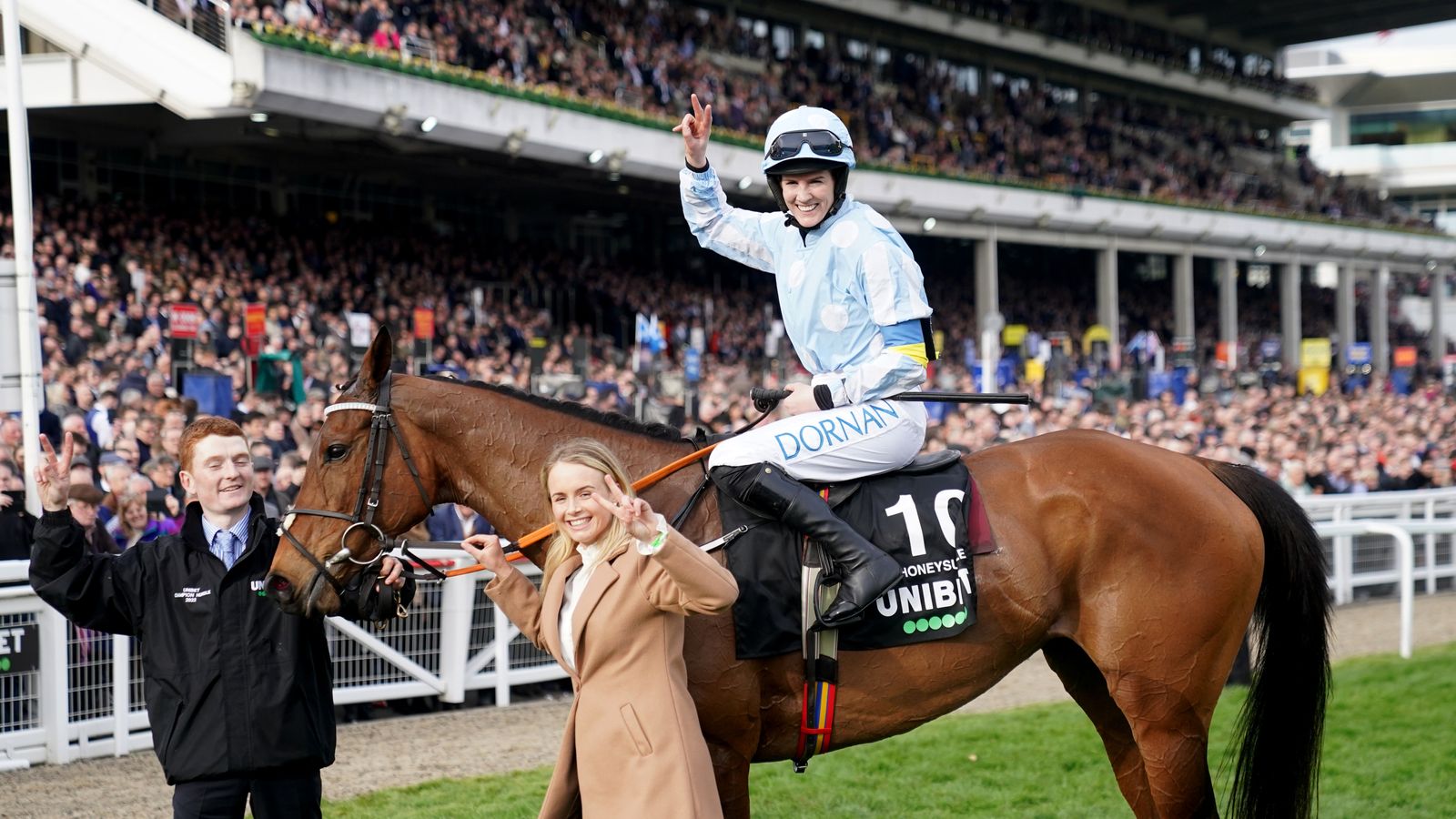 Henry de Bromhead has confirmed Honeysuckle and Minella Indo firmly on course to round off their campaigns at the Punchestown Festival.

The remarkable Honeysuckle stretched her unbeaten record to 15 with a brilliant defense of her crown in the Champion Hurdle at Cheltenham and will bid to repeat the feat in the Punchestown equivalent.

Minella Indo proved no match for stablemate A Plus Tard when bidding for back-to-back victories in the Cheltenham Gold Cup.

But with A Plus Tard now put away for the summer, and November’s Betfair Chase his likely next port of call, De Bromhead is hoping Minella Indo can enjoy another day in the sun in the Punchestown Gold Cup.

He said: “A Plus Tard seems great – we’ve been delighted with him since he came back from Cheltenham.

“The Thompsons (owners) are keen to focus on the Gold Cup again next year and we’ll probably go down the same route – we feel if it ain’t broke, we will not try to fix it.

“I’m delighted with how all the horses came back from Cheltenham really, apart from Bob Olinger who was a bit tight, so we’re working on him.

“Indo and Honey are great and that (Punchestown) is the plan. Indo deserves a big one this season and Honey was brilliant in Cheltenham and has come out of it brilliant, so we’re looking forward to running her at Punchestown.”

One stable star who has seemingly run her last race for De Bromhead is Put The Kettle On.

Fifth when defending her crown in the Queen Mother Champion Chase at Cheltenham, the admirable mare is set to go under the hammer at next week’s Goffs Aintree Sale.

De Bromhead added: “The syndicate have decided to sell her as she’s got such a value as a broodmare, so she’s going to go to Aintree for the sale on Thursday evening.

“She’s actually still able to race away, but we just think she’s at that stage of her career where it might be a better option for her in time.”