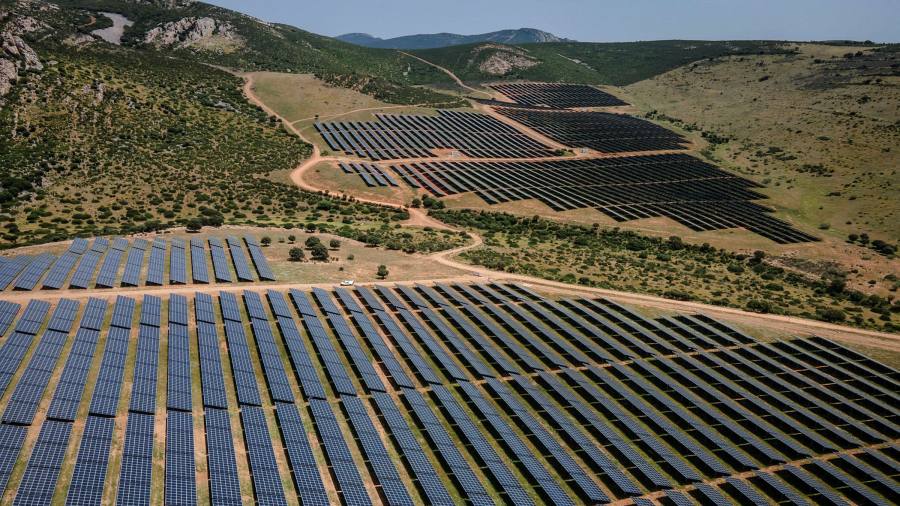 For the EU, Russia’s war on Ukraine has been an unexpected wake-up call. It has clarified European leaders’ thinking about the real threats to their citizens and their common interest in defending them. It has laid bare mistakes that made them vulnerable to Russian pressure. And it has shown the strength that lies in more concerted policymaking.

The bloc’s energy policy was always going to be the focus of such rethinking. The failure to build a fully united energy market, in which power, gas and fuel could smoothly flow between all corners of the EU, is now exposed as a clear constraint on democratic Europe’s autonomy of action. It is not much of an exaggeration to say that the EU’s future hinges on how it weans itself off energy imports from Russia, a plan for which the European Commission published last Wednesday.

So how did “REPowerEU”, as the strategy is known, measure up to the task?

Crucially, Brussels has not been tempted to sacrifice its flagship carbon transition project. Instead, it wants energy independence spirit decarbonisation, and ultimately the former through the latter.

The plan calls for upgraded ambitions in energy efficiency and renewables use. Brussels wants to up its 2030 goal for efficiency savings, and raise the target for renewables’ share in the energy mix from 40 to 45 per cent by that year. These are not mere aspirations. The EU had set itself renewables and efficiency targets for 2020, and achieved both (although energy savings were flattered by the Covid-19 downturn). The new targets are, however, significantly more ambitious.

On the supply side, the commission has credibly laid down the requirements for an energy policy that is both united and independent – and the war should make it clear that independence without unity is a non-starter. In addition to expanding domestic generation and seeking external energy sources, the plan sets out the necessary infrastructure to get energy to the right places, creating a truly single market.

This will not be easy. But the blueprint makes clear that the commission knows what needs to be done. Now it’s a matter of doing it, with the right spending and the right regulation – such as tax and planning reforms to incentivise energy saving and renewables rollout. The commission’s eye-catching proposals include solar panels on every new roof and a gas-buyers’ cartel.

Unlike in the past, the EU decision-making machine is not letting disputes over relatively small amounts of money stand in the way of the bloc’s overarching common political interests. So funds have been assigned to oil infrastructure that will remove any legitimate reason countries such as Hungary may have for opposing a Russian oil embargo. Similarly, signs of greater openness to a range of hydrogen sources could boost confidence in non-Russian gas developments by reassuring investors these are future-proofed by a prospective market in blue hydrogen.

But even a good plan is only a plan. It identifies the colossal challenges ahead; it does not by itself overcome them.

The financial challenge is obvious. The required infrastructure will cost hundreds of billions, yet there is not much truly new money in the commission’s plan. Of the roughly € 300bn it “mobilizes”, the bulk is loans funded by common bonds under the pandemic recovery and resilience facility, currently allocated to countries that so far have not wanted them. It is clever to free these up for countries that will borrow to invest for the EU common good – and it would be unconscionable for fiscally hawkish capitals to block it.

But even cheap loans have to be paid back. So this financing model risks making the greatest demands on the most strained governments. A greater share of outright common spending may be required to get everything built that needs to be. In any case, the infrastructure for a continent-wide energy union must be designed as a coherent whole, not piecemeal.

Then there are the political challenges. Of the limited amount of genuinely new money proposed, Brussels wants to draw the most from the well of unused allowances to emit CO₂. This, at best, muddles the message.

And a strategy is only as good as the willingness of national governments to implement it. The infrastructure needs highlighted by the war in Ukraine are not new – they have languished because of the domestic politics of member states.

There has long been grumbling in EU policy circles, for instance, about Germany’s infatuation with Russian gas, or France’s coolness on interconnectors with Spain that would bring competition to its domestic markets. This time must be different.