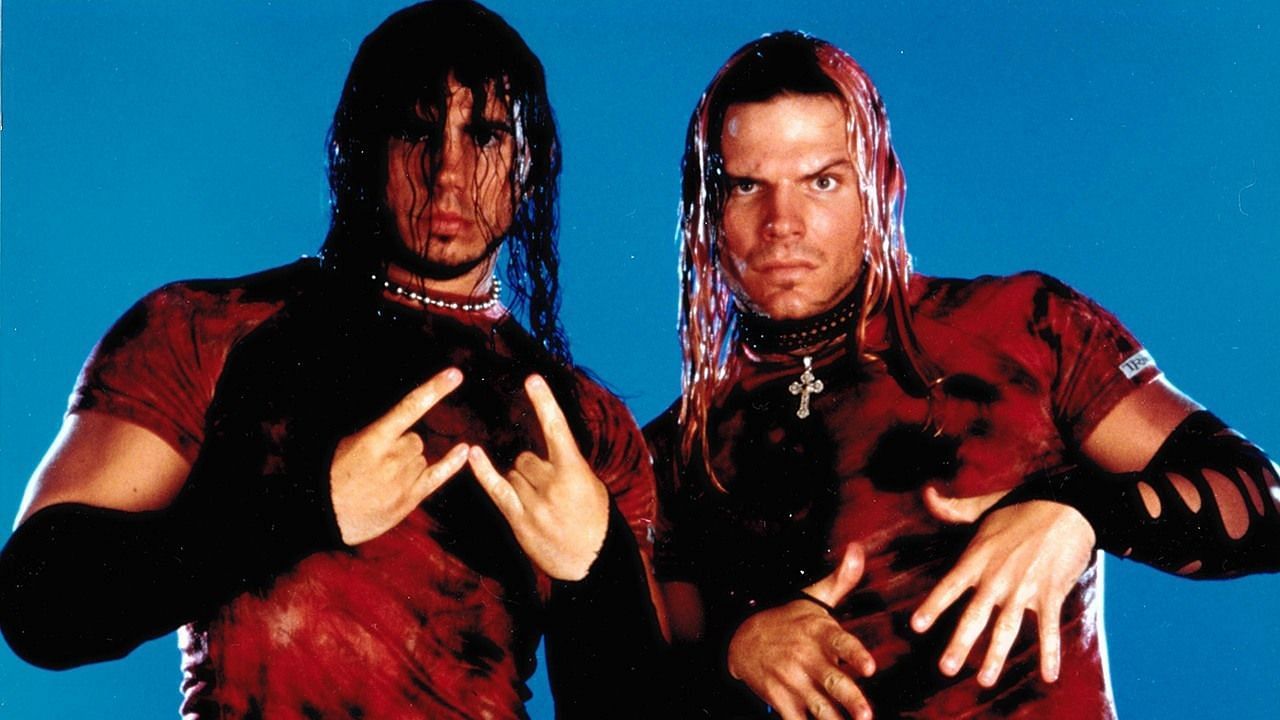 The duo is one of the most decorated tag teams in the history of professional wrestling. They have won several tag titles in promotions like WWE, WCW, World Tag Team, RAW, SmackDown, Ring of Honor, and Impact (formerly known as TNA), to name a few.

The Hardy Boyz is currently teaming up with Sting and Darby Allin against the Andrade Family Office. The brothers were reunited on March 9 Dynamite after Jeff Hardy helped Matt, Sting, and Darby fend off the AFO.

Matt recently posted a picture on Twitter displaying the tag team titles they have won. He implied that they might go for NJPW’s IWGP Tag Team titles now.

Earlier on Dynamite, it was announced that AEW and NJPW would arrange a joint pay-per-view called ‘Forbidden Door,’ as Matt alluded to in his Twitter post. The event will take place on June 26 at the United Center in Chicago, Illinois.

The Hardy Boyz are currently undefeated in AEW

Ever since reuniting on the March 9th edition of Dynamite, The Hardy Boyz have been on a roll as they have won all of their tag team matches so far.

It started at the Dynamite St. Patrick’s Day Slam when they beat The Private Party (Isiah Kassidy and Marq Quen). The following week on Dynamite of March 23, they teamed up with Sting and Darby to defeat Private Party, The Butcher, and The Blade.

On the April 6 Dynamite, Matt and Jeff once again defeated The Butcher and The Blade in a tables match. Most recently, they teamed up with Top Flight (Darius and Dante Martin) to defeat Private Party, The Blade, and Angelico on the April 18 episode of Dark Elevation.

It will be interesting to see if Matt and Jeff will genuinely challenge the IWGP Tag Team gold. Current champions Great-O-Khan and Jeff Cobb have not been announced for the Forbidden Door event. However, the feud could be booked in the days leading up to the pay-per-view.

You can check the full results of this week’s Dynamite here.