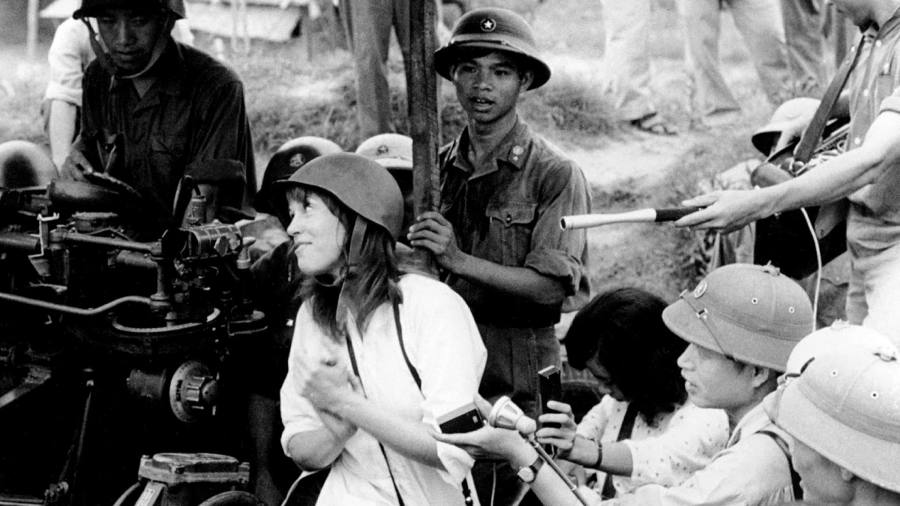 An oligarch-free London and Côte d’Azur, a more militarized Germany, a Finnish public with eyes for NATO: these are the novelties that have been set in motion over the past week. The ethical rigor of Fifa, which has barred Russia from a World Cup four years after it hosted one, nearly tops the list of surprises.

But not quite. For real exotica, consider the spectacle of a united Washington. No world event since the attacks of September 11 has rallied the west’s most divided capital more than the invasion of Ukraine. Where President Joe Biden is attacked by Republicans, it is for not sanctioning Russia early or harshly enough. Marco Rubio and Lindsey Graham are among the GOP senators who have pushed the tough, if pun-marred, Never Yielding Europe’s Territory Act (“Nyet”). There are takers of the Kremlin line in the wider conservative movement, no doubt, but few where it matters – on Capitol Hill.

A DC-to-Berlin show of unity and resolve is not the same thing as ultimate victory. There is no guarantee it will even last. But it does expose the central glitch in so much anti-western thought.

In the telling of its most devoted enemies, the west is an all-powerful oppressor, and a decadent pushover. It foists its values ​​on other parts of the world with violent certitude, and fails to stand up for its way of life due to a fog of post-Christian self-doubt. It is a monolith – the west – and a paper tiger that will come apart at the folds any minute now. It is arrogantly universalist and cringing in its relativism. It’s Napoleon crossing the Alps and it’s Jane Fonda in Hanoi.

Both sets of prejudices can not be true at the same time. In reality, each is a hopeless exaggeration. But of the two, the more flattering account – the west as domineering – is the one that is being borne out by events. It is also the one that corresponds with a deeper body of evidence. True, the US made commitments in Syria a decade ago that it did not keep. Europe was weak and incoherent over the Balkans in the 1990s. But the main follies of the west since the second world war – Suez, Vietnam, Iraq – were examples of too much zeal, not too much timidity.

The west “contained” the Soviet Union so tenaciously as to alert the author of that policy, George Kennan. It then took NATO, wisely or not, to the borders of Russia. The surprise of the past week’s sanctions and condemnations, then, is that anyone is surprised. Democratic societies can be slow to stir but, if they lacked the capacity for concerted and lasting action, they would not have built up the ascendancy against which Russia and other revisionist powers now chafe.

Not that this misapprehension is new. In 2004’s Occidentalism, one of those rare works of nonfiction that should be longer, Ian Buruma and Avishai Margalit trace the history of the idea that a westerner is a “timid, soft bourgeois”. It was there in Imperial Japan and in al-Qaeda. It simmers away on the wilder edges of American and French conservatism. It is an argument that would almost be worth entertaining if it was not so often paired with its exact inverse: a gripe that the west rides roughshod over the interests of non-liberal powers.

The incoherence here is of more than academic consequence. It is what leads enemies of the west to test its mettle so recklessly. Saddam Hussein did not think the US would make a fuss over its invasion of Kuwait in 1990. To demonize an enemy is one thing. To underrate it at the same time almost guarantees a miscalculation at some point. Prussia, perhaps the most Occidentalist power that has ever existed inside the west, used to doubt the fiber of Britain (too commercial a culture) and France (too bloodlessly rational). Two of those three states still exist. But the winnowing process made killing fields of Europe.

The west can not do much to stop its rivals reading it wrong. But it can choose not to encourage them. Too often, its own public discourse goes along with the trope that democracies lack some ineffable fortitude. As well as being wrong on (most of) the facts, this is succor for the other side. Biden left Afghanistan in chaos last August, and deserved criticism for it. But a hysterical political class spoke of the US as a dilettante that had only given that ill-starred country a brief go, not 20 years and hundreds of billions of dollars.

The latest version of this self-blame is the idea that Ukraine would have been safe had Donald Trump still occupied the White House. It is a notion both perverse (he was impeached, in part, for not making free with armed support for Ukraine) and weirdly messianic. The west’s enemies need no help in misunderstanding it.