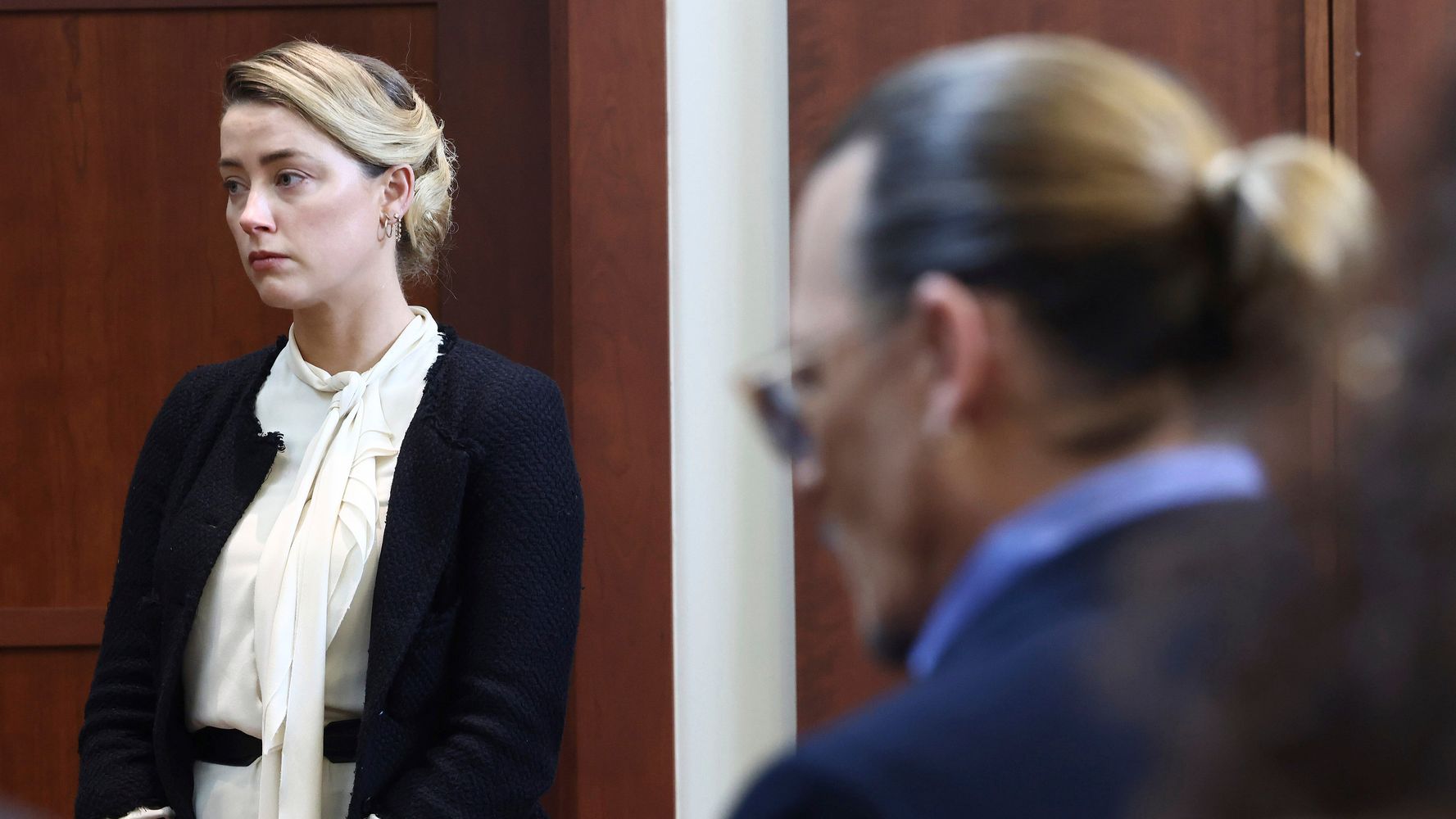 There’s been a lot of chatter about the ongoing defamation trial involving actors Johnny Depp and Amber Heard. A TikTok trend mocking Heard’s facial expressions. Tweets demanding justice for a purportedly innocent Depp. A “Fuck Amber Heard” mug that you can buy on Etsy for $ 12.90. Then there was the “SNL” skit about the infamous poop incident, and the TikToks analyzing whether Heard snorted a bump of cocaine while on the stand. The internet is having a field day.

But what’s at stake in the case seems to have gotten lost in the media circus surrounding it.

The trial centers on a defamation lawsuit Depp filed against Heard for $ 50 million, claiming that Heard damaged his career and income by publicly discussing allegations of domestic violence against Depp. The lawsuit is based on a 2018 op-ed Heard wrote in The Washington Post discussing her experience of domestic and sexual violence throughout her life.

Heard has accused Depp of sexual, physical and emotional abuse, often triggered by his allegedly heavy drinking and drug use, over the course of their four-year relationship. She has filed a countersuit for $ 100 million, alleging Depp defamed her when his attorneys stated that her abuse allegations were a hoax. Depp claims Heard was the one who was physically violent in their relationship and denies all accusations of physical abuse on his part.

But the trial isn’t, per se, about who did what. Depp is seeking a massive amount of money from Heard for publishing that op-ed – even though she never named him. The actor only identifies herself as a survivor of intimate partner violence, writing that two years prior to publication she “became a public figure representing domestic abuse.”

It’s becoming more and more common for victims to be sued for defamation, especially in the wake of the Me Too movement, which saw a litany of high-profile and famous men accused of sexual assault. But it’s less common for survivors to face defamation lawsuits when they never actually name their alleged perpetrator.

And the consequences of a case like this could have a lasting impact – not just on Hollywood stars, but also on ordinary people. In the same way that a few high-profile Me Too cases against the likes of Harvey Weinstein quickly cascaded through society, forcing reckonings in almost every aspect of American life, some people fear that if Depp is successful in making it costly to call out abuse , that could have a chilling effect that is similarly contagious.

“In that op-ed, Amber Heard was coming out in support of other survivors during the height of the Me Too moment. That kind of political organizing was not really all that controversial before, and now it’s becoming controversial, ”said Bedera. “It’s a very slippery slope we could be headed down.”

“The main thing that’s at stake here is whether women are allowed to publicly identify as survivors of gender-based violence.”

The standard in defamation cases does not require specifically using someone’s name – if a person can reasonably deduce who someone is talking about with some degree of certainty, then that’s enough. But legal experts tell HuffPost that a defamation case like this one is still in the minority.

Depp’s attorneys argue it’s clear Heard is referring to their client in the op-ed, based on the timeline of the article and the timeline of the two actors’ relationship, which went on for about four years. Depp testified during the trial that Disney dropped him from the “Pirates Of The Caribbean” franchise days after the op-ed published, costing him $ 22.5 million, according to his manager’s testimony.

But Depp’s career had already taken several hits by the time the op-ed was published. The infamous Rolling Stone profile, which painted Depp as a mentally unstable, isolated and drug-fueled celebrity past his prime, came out months prior to Heard’s essay. Years earlier, Harry Potter fans criticized the franchise for including Depp in the “Fantastic Beast” series after Heard got a restraining order against Depp, citing physical abuse. The actor was later cut from the third installment of “Fantastic Beasts” after he lost a libel case in 2018 against the British newspaper The Sun, which published an article that described him as a “wife-beater.”

In addition to the type of defamation suit, the prominent nature of the case (every minute of the four week trial has been livestreamed) could have far-reaching consequences well beyond ignorant TikToks and mindless tweets.

“This is so high profile and so widely covered… the potential impact here is the chilling effect on survivors who are going to add this to the calculation with all the other barriers there are: Do I talk about my experience? Do I report it? Do I talk about it publicly in any way, or even in circles of people in my life? ” said Jennifer Becker, the legal director at Legal Momentum, a legal defense and education fund for women.

If survivors are more reluctant to seek relief – whether it’s from their employer, their school, the police or even a loved one – it means they will likely continue to stay in situations of violence.

And the way the public is treating Heard, a self-identified domestic violence survivor, feels like an added layer of discouragement for any victim contemplating coming forward, Bedera says.

“From the very beginning, Amber Heard was facing a huge uphill battle performing what a perfect victim should look like,” she said. “It’s so easy to violate the perfect victim standard because it’s contradictory. It’s literally impossible to obtain. So it’s not surprising, when an entire case is meant to pick apart a victim’s behavior, that it would lead people to think that Heard was not a good victim, or that she deserved what happened to her. ”

Another method often used to discredit victims is the idea of ​​”mutual abuse.” Mutual abuse was introduced into the trial after a clinical psychologist who was also the couple’s former marriage counselor used the phrase to describe the actors’ relationship in testimony. The psychologist testified that Depp told her that Heard “gave as good as she got” when it came to physical violence.

But many domestic violence experts disagree, arguing that mutual abuse is not really feasible in a situation of intimate partner violence. Some, like Bedera, believe this is just another tactical perpetrator referred to as DARVO – which stands for Deny, Attack and Reverse Victim and Offender. The perpetrator may deny the behavior, attack the victim for confronting him, and then reverse the roles of victim and offender by blaming the victim for his violent behavior.

People say, ‘How do you know which one to believe, should you believe both? We believe victims. ‘ And that is exactly how DARVO is supposed to operate, ”said Bedera. “It is intended to make you doubt who is the victim and who is not. It’s really common and it’s really effective. ”

No matter the outcome of the case, experts and advocates agree that a case as high-profile as this one will impact cultural conversations around gender-based violence – and probably not for the better.

“I do think this is going to add to the reasons survivors fear disclosing,” said Becker, of Legal Momentum. “And that consequence might bear out, regardless of the outcome of this case.”