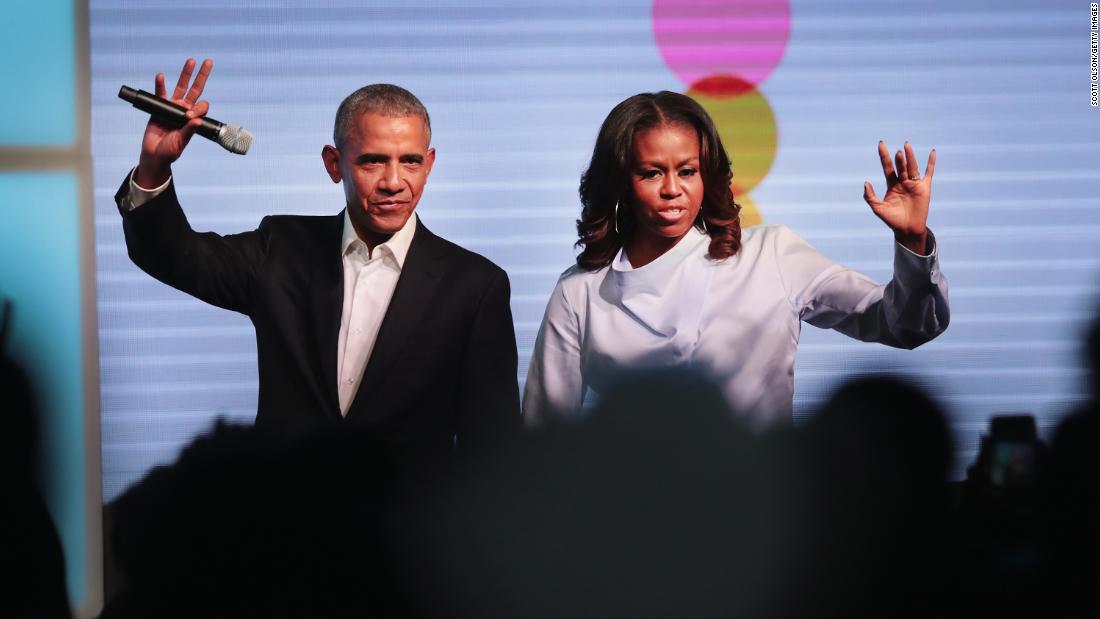 The streaming service and former first family will not be inking a new deal, a person familiar with the matter told CNN.

The person said that Spotify (SPOT) did not make an offer for the rights to distribute the content from Higher Ground, the production company of Barack and Michelle Obama.
The Obamas signed a deal with Spotify in 2019 as they entered the entertainment business after having departed from the White House. In 2018, the Obamas also signed a deal with Netflix (NFLX).

The deal with Spotify is set to expire at the end of this year when the final series from Higher Ground is scheduled to be released, the person familiar with the matter who spoke with CNN said.

Neither Spotify nor a representative for the Obamas provided a comment Wednesday evening.

But Bloomberg, which was the first to report the news, reported that the Obamas are negotiating with Amazon’s Audible and iHeartMedia.

Representatives for Audible and iHeartMedia did not immediately respond to requests for comment.