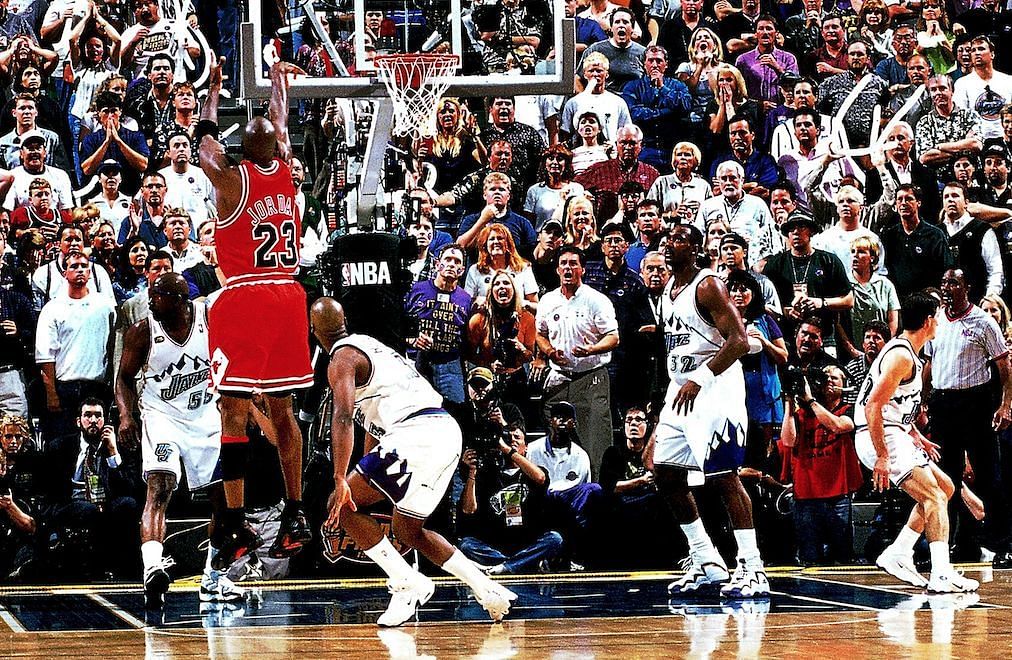 An original one-of-a-kind Michael Jordan-signed NBA basketball card is now getting auctioned and is expected to go for over $ 1 million.

“His Airness” had several iconic moments throughout his career. He dropped a double-nickel (55 points) at Madison Square Garden and also had the famous “Flu Game” in the 1997 NBA Finals.

He dropped 69 points against the Cleveland Cavaliers in 1990 and had numerous incredible games in his illustrious career. However, the famous crossover clutch shot in Game 6 of the 1998 NBA Finals holds a special place in our hearts.

The Chicago Bulls were trailing by one point against the Utah Jazz on the road as Karl Malone and company were trying to force a Game 7. He broke his defender’s ankles and sank the game-winning jumper with 5.2 seconds remaining in Game 6 to seal his franchise’s sixth NBA title.

Michael Jordan comes from behind to swipe it away, setting up his game-winning jumper in Game 6 of the 1998 #NBAFinals and clinching the Bulls’ 6th championship!

Clutch Finals Steals… Michael Jordan comes from behind to swipe it away, setting up his game-winning jumper in Game 6 of the 1998 #NBAFinals and clinching the Bulls’ 6th championship! https://t.co/bGIQaUf9hQ

A basketball collector’s card from 1999 is currently getting auctioned at Goldin Auctions and is already up to $ 140,000 in value. The card is called 1999-00 Upper Deck “Final Floor” and the auctioneer expects it to go for up to a million dollars.

The unique piece features Michael Jordan’s signature in crisp dark blue ink and there is a congratulatory note on the back of the card to guarantee its authenticity.

Ken Goldin of Goldin Auctions spoke about the historic piece of memorabilia and marveled at its value. As reported by TMZ Sports, Golden said:

“What makes this card unique is that it is the first 1/1 ever for autographs of Jordan, and it’s the largest piece of memorabilia ever issued by any card manufacturer on a Michael Jordan pack-pulled trading card. The photo and the event are the pinnacles of Jordan’s career. “

This 1 of 1 Upper Deck Michael Jordan autographed card features a piece of the court from Game 6 of the 1998 NBA Finals, and it could sell for over $ 1 million: ontapsportsnet.com/2022/05/22/rar…

This 1 of 1 Upper Deck Michael Jordan autographed card features a piece of the court from Game 6 of the 1998 NBA Finals, and it could sell for over $ 1 million: ontapsportsnet.com/2022/05/22/rar…

Michael Jordan was not the only player in the 1980s and 90s that inspired players. Isiah Thomas had a massive influence on the game during his heyday with the Detroit Pistons.

John Salley, a former 11th overall pick, played in the NBA from 1986 to 2000. He spent the majority of his career and prime with the Pistons and he had just a 17-game stint with the Chicago Bulls in 1996. He did play 16 games in the 1996 NBA playoffs, albeit for minimal garbage minutes.

Salley appeared on the “Pardon My Take” podcast on Barstool Sports and was asked about his favorite former teammate. He chose Isiah Thomas because he believed the Bulls had started a slander campaign against IT because of his height. He said: 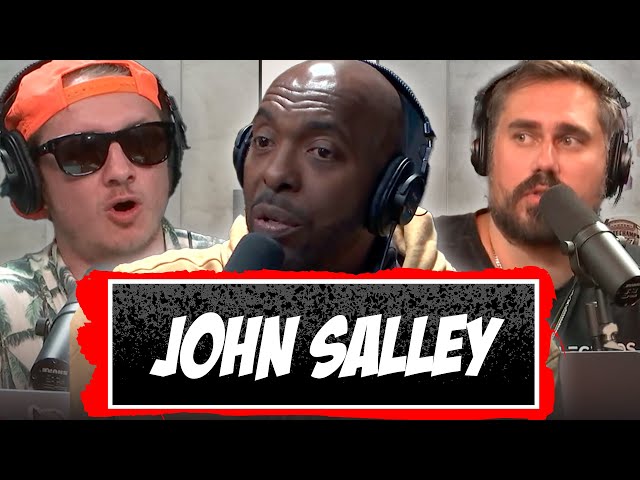 The former “Bad Boy” Piston suggested that Thomas, being a short player, had accomplished more in the span than the six-foot-three Steph Curry has during his career. He continued:

“I tell people, I said the greatest player I’ve ever played with is Isiah Thomas, and I have played with Michael. I have played with Kobe and Shaq. He’s six-foot, and he did everything everybody else was doing. And in the same amount of time that Steph Curry was playing, Isiah had better stats, but no one wants to mention it. “

Q. Would you want a $ 1 million worth of Michael Jordan-signed basketball card?