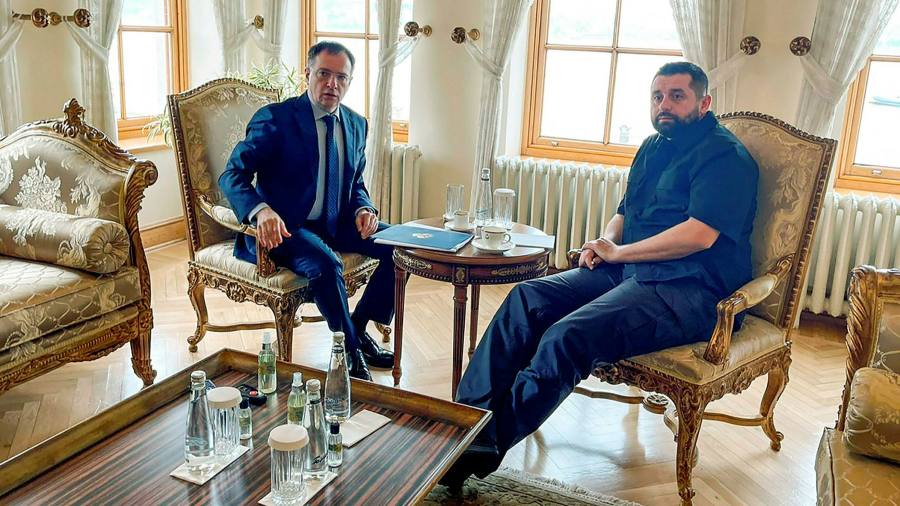 “A bad peace is better than a good quarrel,” runs a Russian proverb. Is Vladimir Putin open to a peace deal he can spin at home as a victory, as a way out of his ruinous invasion of Ukraine? Equities and the ruble have rallied after peace talks seemed to make some progress this week. Moscow said it would “dramatically reduce” combat operations near Ukraine’s capital, Kyiv, and northern Chernihiv, ostensibly to increase trust. Ukraine has offered military neutrality and a pledge not to join NATO – one of Moscow’s key demands before the war. There are plenty of reasons to be skeptical, however, that any swift end to the conflict is in prospect.

Despite Russia’s pullback announcement, Ukrainian authorities have reported shells continuing to rain down on Kyiv and Chernihiv. Moscow’s claim to be de-escalating seems, in part, to be cover for retreats that Russian forces had already made as they faced Ukrainian counter-attacks. Such withdrawals are also a chance for Russia to regroup and redeploy its forces in a more concerted effort to expand Russian-held areas in eastern Ukraine and consolidate a “land bridge” to Crimea. Moscow has a history of treating talks and ceasefires as a military tactic – to gain time or divide opponents – rather than steps towards peace.

Any genuine pullback of forces from Kyiv would nonetheless be a tacit Kremlin admission that the war is not going to plan, and that it is scaling back its ambitions. Putin could conceivably still present territorial gains in the east and south as a win to his domestic audience, which has been told the “special military operation” is aimed at “liberating” breakaway Ukrainian regions, especially if Kyiv makes concessions.

Ukraine is now openly making neutrality a key part of its compromise offer. While Russian negotiators agreed to study the proposals, however, nothing has been heard from the president himself. For Putin, a pledge from Kyiv not to join NATO or host foreign bases or missiles would allow him to claim he had thwarted the alliance’s expansion to the east. It would keep NATO formally out of a Slavic “brother” country, and maintain Ukraine as a buffer zone.

Yet the kind of security guarantees Kyiv wants in return for neutrality from countries such as the US, UK, France and Turkey – some of which are NATO nuclear powers – would look a lot like the alliance’s Article 5 mutual defense commitment. Since Ukraine was not part of this arrangement before the war – and was unlikely to gain it anytime soon – this would seem odd for Putin to accept. It remains unclear, too, if potential guarantors would agree to undertakings requiring them in effect to go to war if Russia encroached on Ukraine’s territory again.

Other potential pitfalls lurk. Ukraine’s draft leaves “issues related to” Crimea, illegally annexed by Russia in 2014, to be resolved through negotiations for up to 15 years, and says little about Russia’s occupation of the Donbas or any new territorial gains. President Volodymyr Zelensky has insisted a peace deal would have to be approved in a referendum – but Ukrainians who have fought boldly to defend their country might be reluctant to accept neutrality, let alone allow Moscow to keep land it has taken by force.

The alternative to a deal looks increasingly like a long war of attrition – leaving Ukraine in ruins, while doing huge damage to Russia’s economy as sanctions bite. Some western allies, including the UK, have signaled they are ready to lift some sanctions if Putin withdraws all forces and commits to no further aggression. Crafting a workable agreement, though, is a formidable task. The danger of a “bad peace” is that it might quickly unravel.