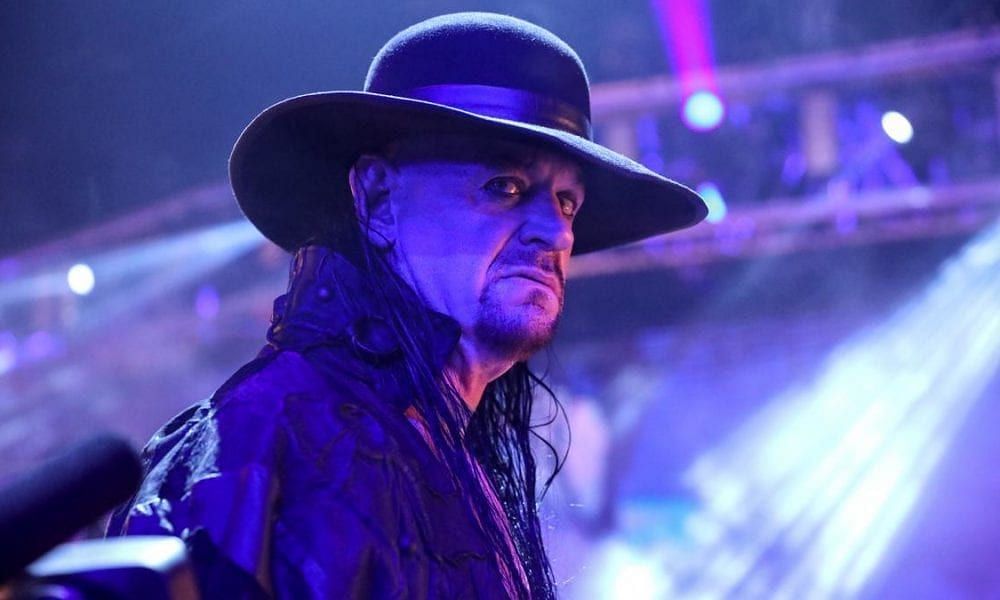 The Undertaker has been pictured by WWE alongside Bad Bunny at the Royal Rumble. This comes after reports that both stars would be backstage at the event.

Hours before the show, WWE posted a photo of the Grammy-winning music artist alongside The Deadman. This has fueled speculation over a potential Rumble Match appearance. It was previously reported that Bad Bunny would be a surprise entrant.

However, considering the nature of the post, he might not enter the 30-man free-for-all later tonight. WWE fans have fond memories of Bad Bunny following his excellent performance at WrestleMania 37, where he and Damian Priest defeated The Miz and John Morrison.

Apart from the international icon, several other names have been rumored to enter the men’s Rumble match, especially with five spots left. We could still be surprised by who shows up.

Will The Undertaker return to WWE in the Royal Rumble Match?

According to a report from Pwinsider, The Undertaker will be backstage at the 2022 Royal Rumble pay-per-view event in St. Louis. Louis, MO next Saturday.

According to a report from Pwinsider, The Undertaker will be backstage at the 2022 Royal Rumble pay-per-view event in St. Louis. Louis, MO next Saturday.It’s worth noting that ‘Taker is likely attending the show because his wife Michelle McCool is competing in the Women’s Rumble match https://t.co/K3xBpo8MEy

Affirming previous reports, The Undertaker is indeed in St. Louis for the Royal Rumble. However, a return of this magnitude would not be spoiled if The Deadman was going to appear on the show. He is likely there to support his wife, Michelle McCool, who will compete in the women’s Rumble match.

Undertaker last wrestled nearly two years ago in a cinematic match against AJ Styles at WrestleMania 36. The Boneyard Match seemed like the perfect send-off for The Deadman before he retired at Survivor Series 2020.

His final in-ring performance came in July 2019, when he teamed up with Roman Reigns to defeat Shane McMahon and Drew McIntyre at Extreme Rules.

While one final match is possible for WrestleMania 38, he is more likely to enter the WWE Hall of Fame. Perhaps that may be a topic of discussion between ‘Taker and Vince McMahon backstage at the Royal Rumble.

Do you want to see Bad Bunny or The Undertaker compete in the Men’s Royal Rumble Match? Give us your thoughts in the comments section below.

A current WWE star is open to going to AEW and facing Britt Baker. More details here. Check it out