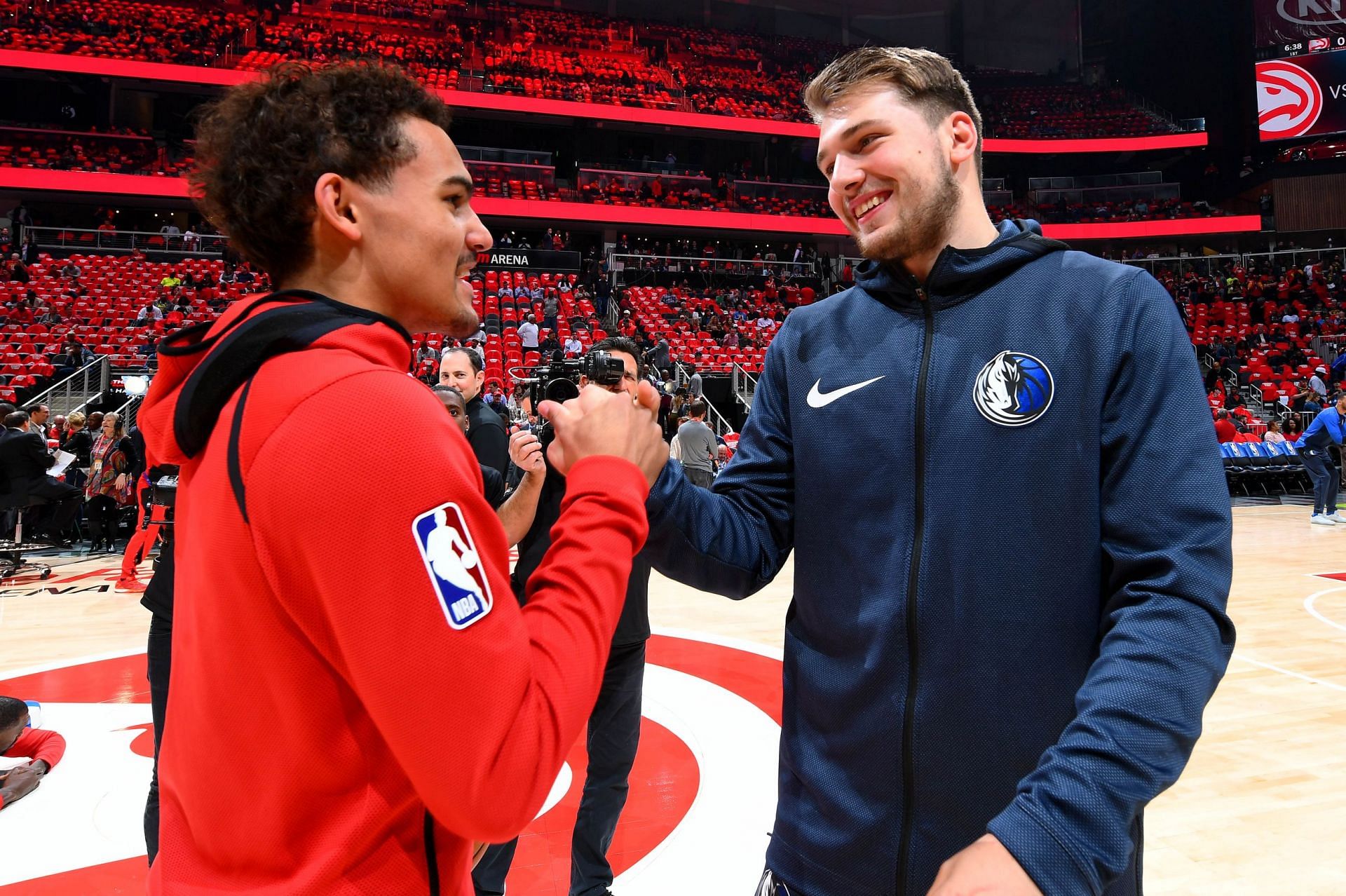 Atlanta Hawks star Trae Young has continued to dazzle basketball fans with his play on the court. While Young has become one of the game’s top rising stars, he’s consistently found himself compared to another one of the NBA’s top players. In the 2018 NBA Draft, the Atlanta Hawks were originally slotted to be selecting third overall. The team went on to select international prospect Luka Doncic, but that was not the final result on Draft night.

It would later be announced that Doncic was being traded to the Dallas Mavericks, who held the fifth pick in the 2018 NBA Draft. Dallas would go on to select Trae Young, and the two have found themselves being compared since the first time they’ve stepped on the floor.

Both players have gone on to become some of the top talents in the NBA, while Doncic has blossomed into a potential superstar across the league. In a recent episode of “The Old Man & The Three” podcast with NBA veteran JJ Redick, Young was asked how he fabout being constantly compared do Doncic throughout his career.

The Atlanta Hawks star stressed that there’s so much recency bias that opinion continues to go back and forth, but he’s focused on just playing.

“I’m at the point now, I just play … there’s so much recency bias with everything … I went to Eastern Conference Finals last year everybody you know what I’m saying it’s a ‘Trae’s better than Luka .. .they won the trade ‘, then they go this year … it’s different … ”

There’s no denying that Trae and Luka will most likely have their careers compared throughout their time on the NBA floor. It’s a common tactic when it comes to basketball fans around the world. It’s easy to look back at previous NBA Draft classes and wonder “what-if” when comparing a number of players who have gone on to thrive at the NBA level.

Regardless of what possible outcomes could have changed on the night of the 2018 NBA Draft, both Young and Doncic have gone on to become two rising stars in the league. After a year in which the Atlanta Hawks sent shockwaves throughout the NBA world with their impressive run in the NBA Playoffs, the team struggled throughout the 2021-22 season.

There’s no denying that the Hawks have an impressive roster of talent, but it will be a crucial offseason for the team if they want to get back on track for the upcoming year. During his fourth year in the NBA, Young went on to post averages of 28.4 points, 3.7 rebounds and 9.7 assists per game while shooting 46.0% from the field and 38.2% from three-point range.