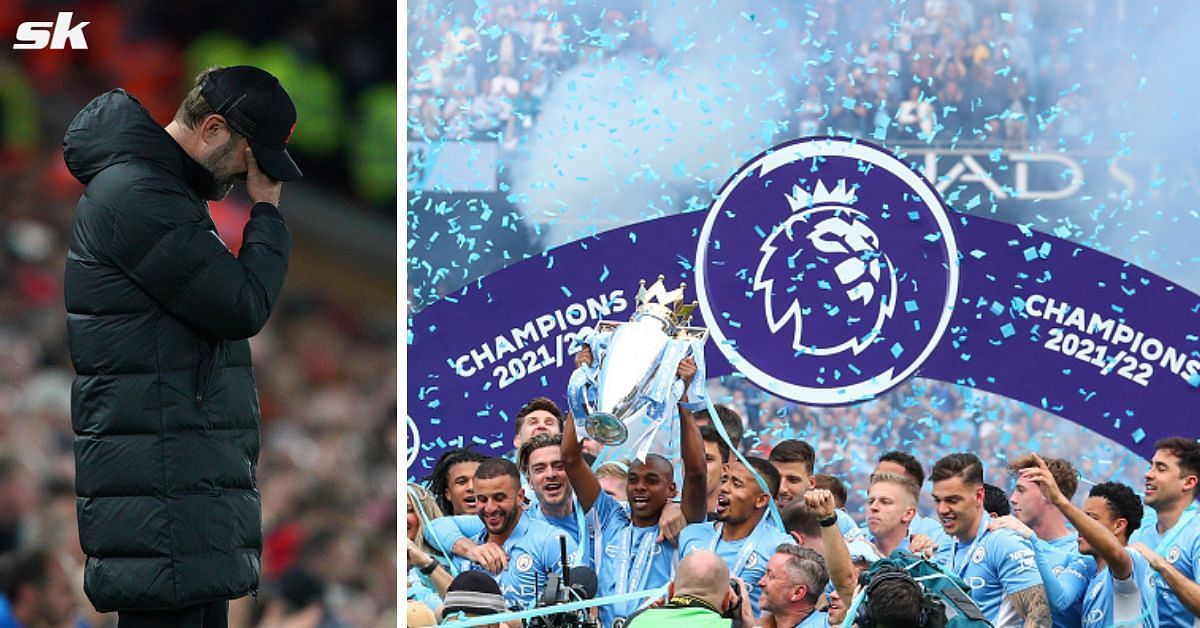 Manchester City forward Riyad Mahrez has made the buoyant claim that Liverpool are sick of his team, following their monumental Premier League title win on May 22.

The two Premier League title rivals went into the final day of the season with just a point separating them. City sat on 90 points while the Reds trailed them on 89 points with Pep Guardiola’s side boasting a better goal difference (6).

The Manchester giants got off to the worst possible start at the Etihad against Steven Gerrard’s Aston Villa. By the 70th minute mark, they were 2-0 down and staring down the barrel of potentially throwing away the league title with Liverpool drawing 1-1 with Wolves at that stage.

But Manchester City staged an iconic comeback that harps back to their first-ever league title success, in 2012. An Ilkay Gundogan double and a Rodri strike did the damage within the space of five minutes as they confirmed the Premier League title in dramatic fashion.

The Anfield outfit did beat Wolves 3-1 on the day but it amounted to nothing following City’s triumph.

Following the game, Mahrez told Canal + (via LiverpoolEcho) on pipping Liverpool to the post for another title, having been at war with the Reds over previous seasons.

“Liverpool are a mad team, they are a superb team .. I know they hate us. They’re sick of us because if we were not here, they would’ve won everything every year, but we’re here and we’re never letting go and we’ll be here next year too. “

Manchester City have won four of the last five Premier League titles, while the Reds managed to stop their juggernaut in 2020.

The two sides have been, by far, the dominant two in the league and their title race this season has been testament to the world class clubs they both are.

Can Liverpool beat Manchester City to the Premier League title next season?

Before Jurgen Klopp turns his attention to trying to dislodge City’s stranglehold on the Premier League title, they have a huge Champions League final to attend.

The Reds face Real Madrid on May 28 at the Stade de France hoping to see the season out with three trophies. But many will be feeling the wounds of having missed out on the title in such a dramatic fashion given they were so close.

🗣️ “If you want to win big, you have to be ready to lose big”

Gen️ “If you want to win big, you have to be ready to lose big” Jurgen Klopp reacts to Liverpool’s Premier League title heartbreak. https://t.co/Ik28fwG5Rv

Klopp’s men will be trying to figure out how to halt the City juggernaut that has been so consistent in the league over the past five years. They will have a huge challenge in doing so, given that Guardiola has already added a blockbuster signing to his already mesmerizing options in attack.

Erling Haaland will join Manchester City this summer from Borussia Dortmund, with the Cityzens paying his £ 51 million release clause.