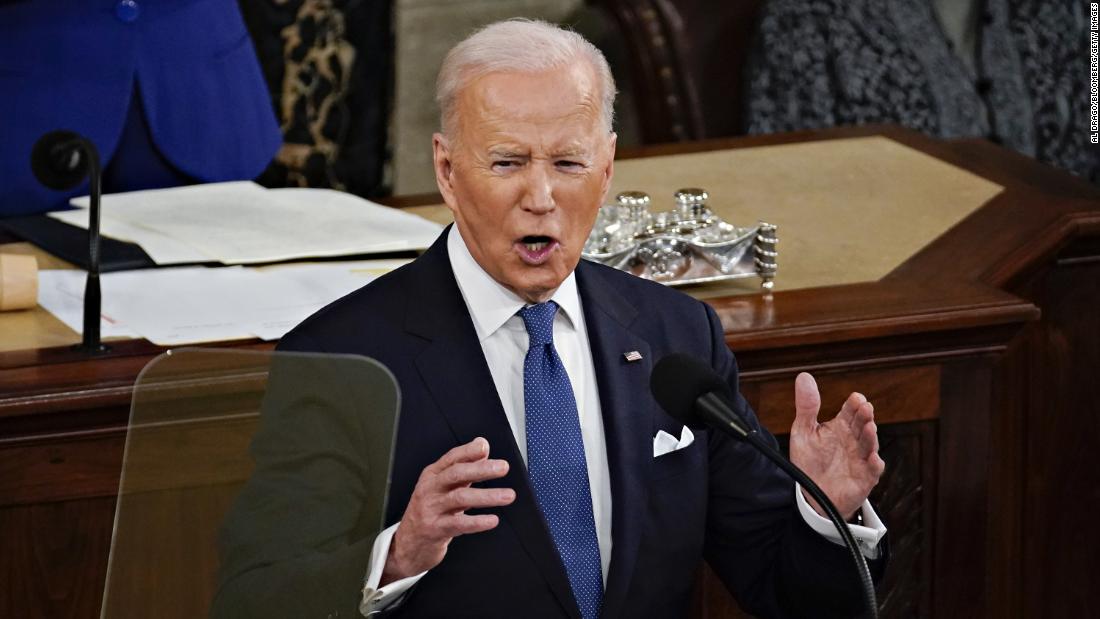 While President Biden’s State of the Union remarks about Ukraine, the US economy and the pandemic are garnering most of the post-speech attention, I want to highlight a key part about media and technology. Biden pitched what he called a “unity agenda for the nation” that included an emphasis on mental health, particularly “the harms of social media.”

As he called for specific laws to limit those harms, I searched databases of previous State of the Union addresses to see if this topic had ever come up before. And the answer is no. Biden is the first president to devote SOTU time to this topic.

Biden gestured to Facebook whistleblower Frances Haugen, sitting in the House gallery, and ad-libbed a thank you to Haugen “for the courage you showed.” Citing her revelations from last year, Biden said “we must hold social media platforms accountable for the national experiment they’re conducting on our children for profit.”
A national experiment by Big Tech – hurting our children – for their profits. That’s forceful language. Biden then alluded to several proposed pieces of legislation, some of them with bipartisan support: “It’s time to strengthen privacy protections; ban targeted advertising at children; demand tech companies stop collecting personal data on our children.” Reporters in the chamber said the rebuke of social media platforms received applause from both Democrats and Republicans.

Now, it’s always a hazard to guess whether SOTU rhetoric will result in any legislative action. These addresses, particularly during midterm election years, are often function more like wish lists than to-do lists. But it’s notable that the White House included this topic in the address at all. The terms “social media,” “privacy protections” and “targeted advertising” have never made it into a SOTU address before, according to searches of The American Presidency Project’s archives.

>> Biden also mentioned tech in this context: “We’re going to provide affordable high-speed internet for every American.” Donald Trump made a similar pledge in 2020.

Haugen’s presence on Tuesday was notable given the “history of tech CEOs / founders in SOTU seats,” Colin Crowell said on Twitter. Indeed, Intel CEO Pat Gelsinger was also given a shoutout by Biden for building computer chip factories in Ohio.

Haugen wrote in advance of her appearance at the SOTU, “Facebook and other social media platforms have been paying for their profits on the back of our children’s mental health and the well being of our families. It’s more transparency – not more censorship – that’s required from Big Tech at this moment. It’s time for them to stop hiding and start building the transparent, free speech-respecting, mental health-boosting social media we deserve. “

Biden deviated from his prepared remarks many times, most notably at the very end, when he wrapped up and then added with a clenched fist: “Go get him.” Get … Vladimir Putin? Luke Russert shared this reaction: “My father used to say ‘Go get’ em! ‘ It’s a Rust Belt Irish Catholic kind of way of saying, ‘Give’ em hell! ‘ It’s not meant to go after Putin, it’s more of a ‘let’s go forward, try hard and win America!’ ”

Here are some of the other notable ad-libs:

– After Biden talked about isolating Russia and squeezing their economy, he spoke over applause in the chamber and added an unscripted message to Putin: “He has no idea what’s coming.”

– As he touted the American Rescue Plan, he said it “helped put food on the table,” then ad-libbed a memory of TV coverage of needy families: “Remember those long lines of cars waiting for hours just to get a box of food put in their trunk? “

– After he said that “4,000 projects have already been announced” through the Bipartisan Infrastructure Law, he ad-libbed, “Many of you have announced them in your districts.” – He added quite a few asides during the inflation section of the speech. While his prepared remarks said the “prices of automobiles went up,” he said prices went “way up” and added, “Especially used vehicles as well.”

– When Biden argued for changes to the tax code, he ad-libbed a challenge to Congress: “I may be wrong, but my guess is if we took a secret ballot in this floor, that we’d all agree that the present tax system ain’t fair. ” Then he returned to his prepared line: “We have to fix it.”

– As he pivoted to the pandemic and said “I know you’re tired, frustrated, and exhausted,” he ad-libbed, “that does not even count close to a million people who sit at a dining room table or kitchen table and look at an empty chair because they lost somebody. “

– The word “folks” was not in the script at all, but Biden used it as a transition and an attention-grabber at least 19 times.

“Biden calls for an end to the Covid culture wars”

That’s how Politico’s Christopher Cadelago described the pandemic portion of the address. Commentators pointed out how mask-free and, well, normal the gathering looked. Biden said “most Americans can remove their masks” with caveats about testing, treating illness, and guarding against new variants.

“We have lost so much to COVID-19,” Biden said, so “let’s use this moment to reset. Let’s stop looking at Covid as a partisan dividing line and see it for what it is: A God-awful disease. Let’s stop seeing each other as enemies, and start seeing each other for who we are: Fellow Americans. ” Look, he said during the applause, “we can not change how divided we’ve been. It was a long time in coming. But we can change how we move forward – on Covid-19 and other issues we must face together . “

Here’s how Biden used the time

Per CNN’s Kevin Liptak, about 12 of the 62 minutes were spent on Ukraine, 25 minutes on the economy, 7 minutes on Covid.

Oliver Darcy writes: “Biden made a deliberate attempt to reach out to Republicans during the address. The most overt attempt was perhaps when he repeatedly said ‘fund the police.’ Honest conservative commentators like Jonah Goldberg, who joined CNN on Tuesday, noted that it will be one of the more ‘memorable’ lines from the speech. But dishonest pundits predictably slapped at the hand Biden had extended toward them. Fox’s Greg Gutfeld, for instance, excoriated Biden for the line, tweeting, ‘How this guy can lecture us on improving policing after abandoning law enforcement is rich. while crime exploded and riots raged, and defunding police was pushed by his own party, he hid in his basement like a gibbering goofball. ‘ It’s a good reminder that nothing he says will ever be enough to satisfy folks like Gutfeld and the many who turn to them for news. “

Far-right hecklers in the House

Oliver Darcy adds: “When Joe Wilson shouted ‘You lie!’ during President Obama’s 2009 SOTU speech, he was lionized in right-wing media. Will Marjorie Taylor Greene and Lauren Boebert receive the same treatment on Fox and elsewhere for attempting to interrupt Biden on Tuesday? (This Reuters photo of the two women has gone viral on social media.) It’s too early to tell, but it’s definitely a safe bet that they probably will not face any repercussions for heckling Biden during his speech ..

– According to Google (GOOG)these were the top searched issues in the US during the speech: Ukraine, wages, SCOTUS, economy, health care, unemployment, inflation, immigration, abortion, and race.
– CNN asked SOTU watchers in a post-speech poll: “Which speech topic is more important to you?” About 36% said Ukraine, 64% said the economy.
– GOP strategist Doug Heye: “If this speech was the grand slam Dems are saying it was, Biden’s polling #s will jump 10 points by week’s end. But they will not, because it was not.” It’s always a safe bet that SOTU speeches are low-impact events.
– Right after the address, White House chief of staff Ron Klain held a Twitter Spaces chat called “SOTU Post-Game.”