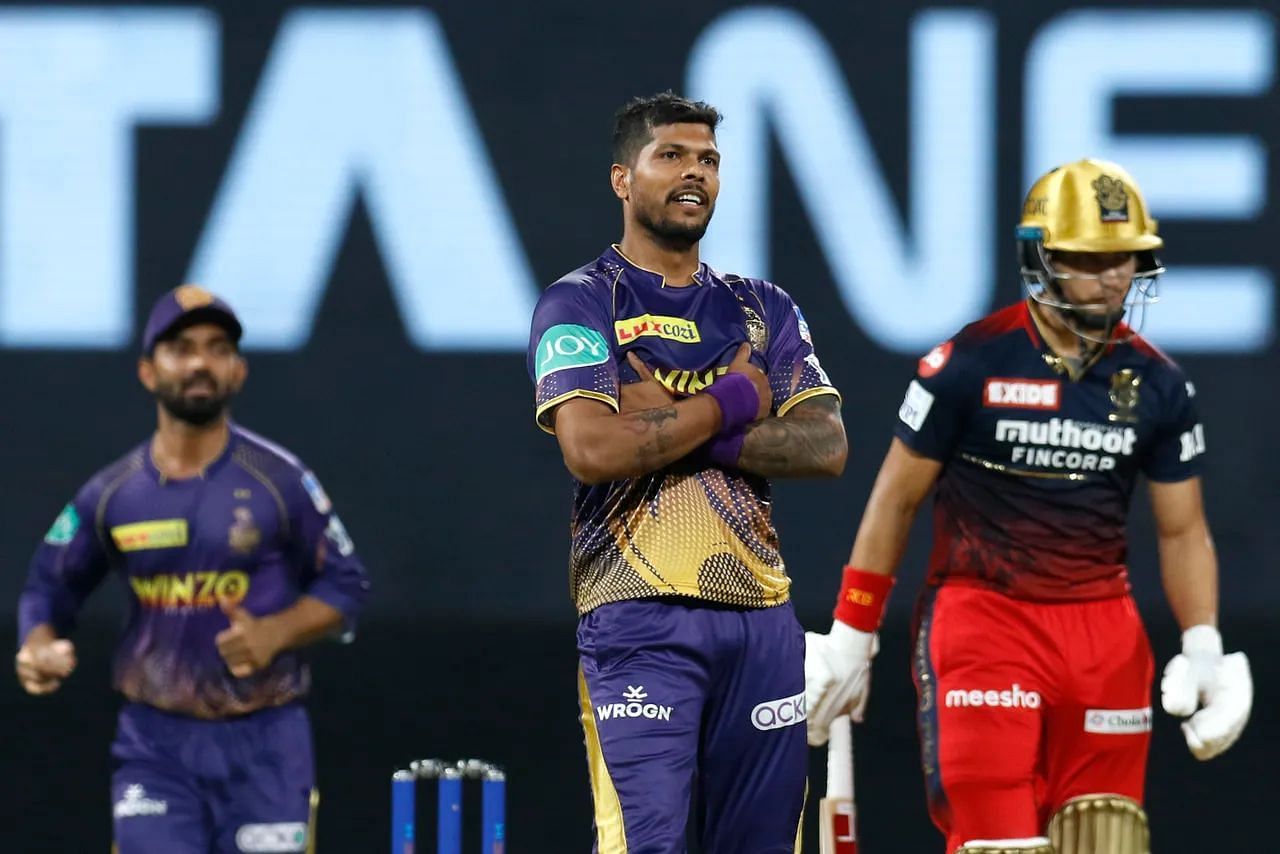 Royal Challengers Bangalore (RCB) opened their account in the IPL 2022 points table with a narrow win against the Kolkata Knight Riders (KKR).

In this match, played at the DY Patil Stadium in Navi Mumbai, RCB bowled KKR out for 128 runs in their innings. KKR bowlers gave RCB batters a run for their money, but they did not have enough runs eventually.

Earlier in the evening, Royal Challengers Bangalore captain Faf du Plessis won the toss and opted to field first. RCB got off to a great start as they picked up three wickets in the powerplay overs. Wanindu Hasaranga then came into the attack and destroyed the Kolkata Knight Riders batting lineup.

In reply, RCB lost three early wickets as well. David Willey and Sherfane Rutherford rebuilt the innings with a 45-run partnership for the fourth wicket. Tim Southee, Sunil Narine, and Umesh Yadav tried their best to save the day for KKR. But cameos from Shahbaz Ahmed, Harshal Patel, and Dinesh Karthik guided RCB home.

Southee was the pick of the bowlers with figures of 3/20, while Rutherford top-scored for RCB with a 40-ball 28. Hasaranga was adjudged the Man of the Match for his four-wicket haul in the first innings. The Sri Lankan star now owns the Purple Cap in IPL 2022.

Fans enjoyed the close encounter between the Royal Challengers Bangalore and Kolkata Knight Riders in IPL 2022. Here are some of the best memes shared on social media during this fixture.