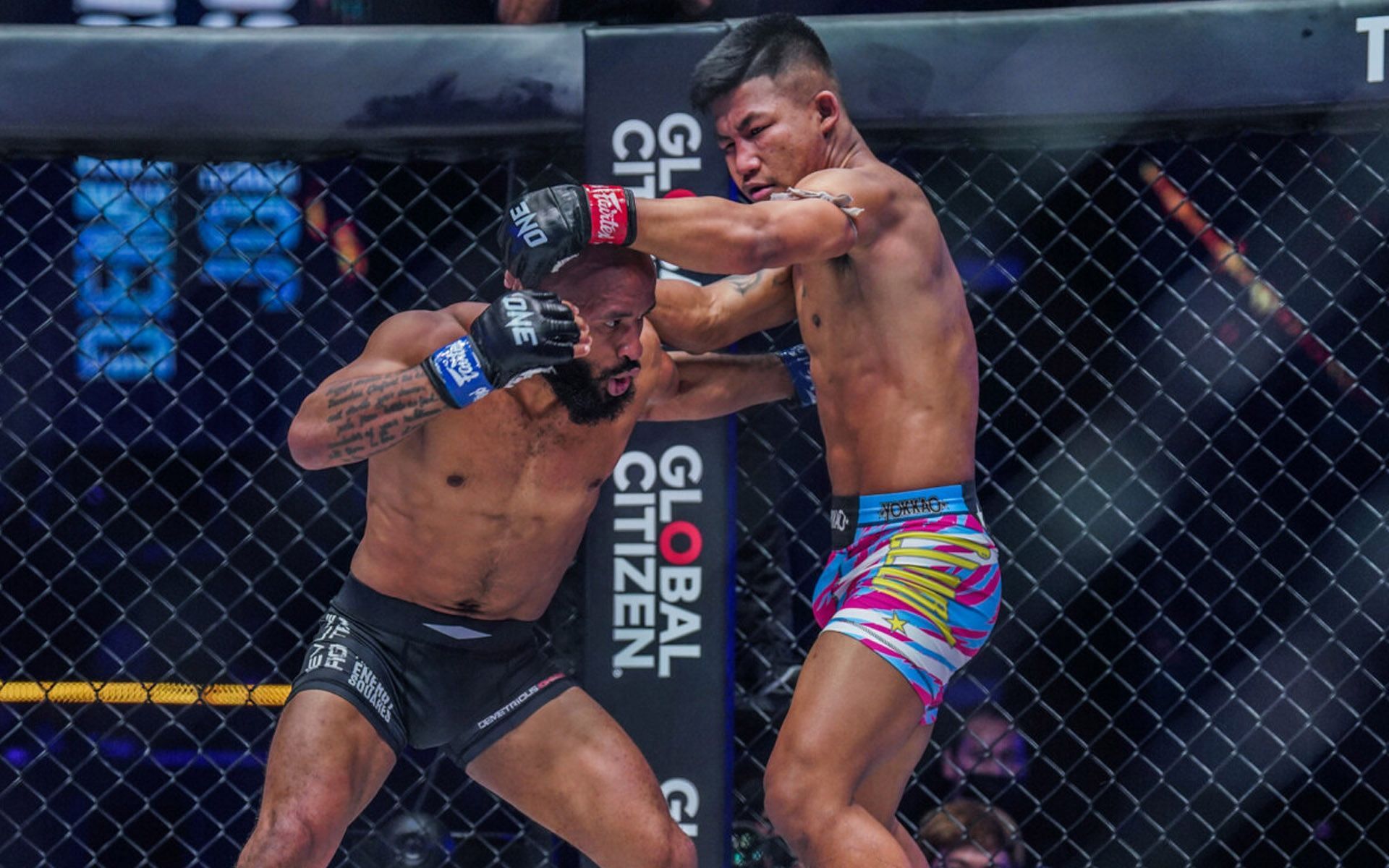 There are two kinds of fighters at the top of ONE Championship – the young and the powerful, and the old but wise. Each has its own strengths and weaknesses, but both answer to Father Time. On any given night, one could reign supreme over the other.

Younger fighters typically have boundless stamina, naturally stronger bodies, and an insatiable hunger to prove that they belong on the big stage. They carry an aura of invincibility as they believe they are meant to achieve great success if they put their minds to it.

As a result, they enter fights with reckless abandon at times, which may or may not work in their favor. Nevertheless, it always produces an exciting fight for the world to see.

Meanwhile, the old guards have remained on top of their games as they have learned their limits throughout the years. They have since focused their efforts on sharpening their swords to mask their weaknesses and highlight their strengths.

Over the years, these pros and cons have all played out in the circle, with varying results. Here are five of the most recent matchups in ONE Championship that pitted youth against experience.

# 5. Rodtang Jitmuangnon vs. Demetrious Johnson – ONE

There was only an 11-year difference between Rodtang Jitmuangnon and Demetrious Johnson when they faced each other at ONE X. However, there was a vast difference in experience during their special-rules superfight at ONE Championship’s 10-year anniversary show.

Rodtang had a glaring advantage in Muay Thai, having over 300 bouts already to his name. Meanwhile, Johnson has over 30 MMA bouts to his name and is considered one of the greatest of all time in the sport.

Rodtang’s experience helped him dominate Johnson in the opening round under Muay Thai rules. ‘Mighty Mouse’ gave a good account of himself by engaging and landing some solid shots, but they were not too effective against ‘The Iron Man’.

When they reached the MMA round, it was Johnson’s turn to showcase his skills. The American ultimately found his way to Rodtang’s back for a rear-naked choke. The young Thai warrior went down with his shield though, refusing to tap and forcing the referee to stop the contest.

Yoshihiro ‘Sexyama’ Akiyama made his ONE Championship debut at ONE: Legendary Quest, where he faced former world title challenger Agilan Thani.

Entering their bout, the 24-year-old Malaysian has struggled against more experienced fighters. His only three losses in ONE Championship have been at the hands of then-world champion Ben Askren, and future titleholders Zebaztian Kadestam and Kiamrian Abbasov.

Meanwhile, Akiyama has showcased his talents across the globe and was looking to make a statement in his first match back in Asia.

The two warriors competed in an epic three-round battle, with both hungry for a victory. ‘Sexyama’ was looking for a breakthrough win after a three-year hiatus, while Thani wanted to bounce back from the first losing streak of his career.

While it was a back-and-forth affair for most of the contest, the young Thani appeared to gain confidence as the fight went on, going toe-to-toe with the Japanese legend.

Ultimately, ‘The Alligator’ overcame Akiyama’s experience and got the nod from all three judges to spoil the 44-year-old’s ONE Championship debut.

# 3. Christian Lee Vs. Shinya Aoki – ONE: Enter the Dragon

After Shinya Aoki won the ONE lightweight world title for the second time, the Japanese legend surprised the world by calling out ONE Championship featherweight contender Christian Lee.

Aoki trains with Lee at the famed Evolve Gym in Singapore and believed that the young lion had what it takes to challenge for a world title.

When they finally met in the circle, ‘Tobikan Judan’ held nothing back against his teammate and almost took his arm out with a tight armbar. Lee refused to quit, though, and found a way to get back on his feet and survive the opening round.

In the second, Lee took advantage of his length and youthful vigor to unload powerful strikes to drop Aoki to the mat. ‘The Warrior’ continued to rain down punishment on his opponent until the referee jumped in to stop the contest and crowned Lee as the new king of the division.

# 3. Angela Lee Vs. With Yamaguchi – ONE: Ascent to Power

In 2016, 19-year-old Angela Lee was a rising superstar in ONE Championship with five straight victories in the circle. Her incredible run earned her the right to challenge for the inaugural ONE women’s atomweight world title.

Standing in her way was 33-year-old veteran Mei Yamaguchi, who had over 20 bouts to her name at the time. Despite competing in her first match in ONE Championship, ‘VV’ was by far the most experienced fighter that Lee had ever faced.

Lee looked ready to take another quick win in the first round, but Yamaguchi had been in enough matches to know that she must keep her composure and not panic while in a tight spot. The Japanese fighter took control of the second and third rounds but looked gassed entering the championship rounds.

‘Unstoppable’ was able to assert her game in the final two rounds and took home the unanimous decision to win to become the youngest person ever to become an MMA world champion.

# 1. Anissa Meksen vs. Marie Ruumet, ONE: Eersel vs. Sadikovic

On Friday, April 22, the top pound-for-pound female striker in the world, Anissa Meksen, makes her return to the ONE Championship circle.

She is set to take on 22-year-old Marie Ruumet in a ONE Super Series atomweight Muay Thai bout at ONE: Eersel vs. Sadikovic.

Meksen is 11 years older than Ruumet, but has an obvious advantage in experience. The French striker has won multiple world titles in the striking arts and has over 100 wins to her name.

Meanwhile, Ruumet is an emerging talent in ONE Championship, defeating a seasoned veteran in Little Tiger in her promotional debut. Her 30 wins in the sport pale in comparison to Meksen’s win total, but the young Estonian is confident that she can overcome her legendary opponent.

The winner of their matchup could be in line to challenge Allycia Hellen Rodrigues for the ONE atomweight Muay Thai world title.