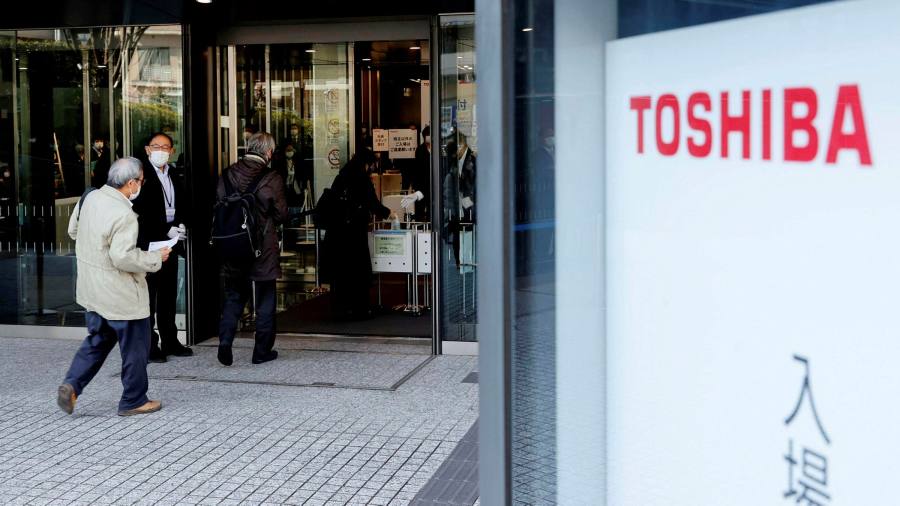 Toshiba’s second-largest shareholder 3D Investment Partners is pushing for the company to open talks on a take-private deal after it was revealed last week that Bain Capital was poised to submit a buyout proposal for the $ 17bn Japanese conglomerate.

The Singaporean hedge fund said in a letter sent on Wednesday to Toshiba’s board and management that the company had become “a corporate governance embarrassment for Japan” as it lurched from crisis to crisis.

It called on Toshiba to resume its strategic review process, seriously engage with potential buyers and offer board seats to people nominated by major shareholders ahead of the annual general meeting scheduled for June.

The company must “resume the strategic review process and encourage and solicit bids for all or parts of, and minority investments in, Toshiba”, 3D said in the letter. Toshiba did not immediately comment.

3D’s intervention reflects growing concern among Toshiba investors that the company’s divided board will disband a strategic review committee (SRC) created last year, derailing momentum to plot out a future strategy after a period of turmoil that brought the conglomerate to the brink of bankruptcy.

A buyout of Toshiba, which has businesses spanning sensitive areas including nuclear power, defense and semiconductors, would be one of Japan’s biggest-ever take-private deals and mark a major milestone for the ascent of private equity in the world’s third-largest economy.

The SRC was advised by UBS last November to split Toshiba into three, but the company was forced to backtrack when shareholders vehemently protested.

A second plan, to split the company in two, was defeated by shareholders last month. Despite being provided with advice that was rejected by shareholders, Toshiba said it was retaining UBS as an adviser. Shareholders also rebuffed 3D’s competing proposal to reopen takeover talks. 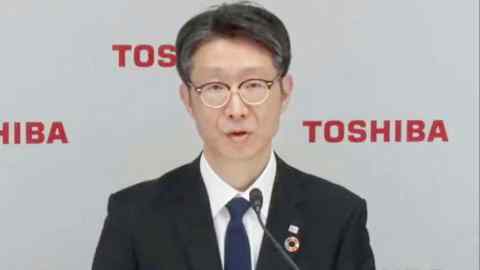 Last week Bain secured the backing of the company’s largest shareholder, Effissimo, and opened talks with other investors on a potential deal to take the 146-year-old Japanese conglomerate private.

Although Bain has not yet submitted a formal proposal, people familiar with the situation said the US private equity group was in talks with Japanese investors to join a buyout consortium that would offer a “Japanese solution” to Toshiba’s troubles.

The fresh demands from 3D, set out in a letter seen by the Financial Times, raise the pressure on the conglomerate’s new chief executive Taro Shimada, who has promised to restore the board’s relationship with shareholders and lead Toshiba out of years of scandals. He is known internally as having been in favor of resuming talks with private equity about a buyout deal.