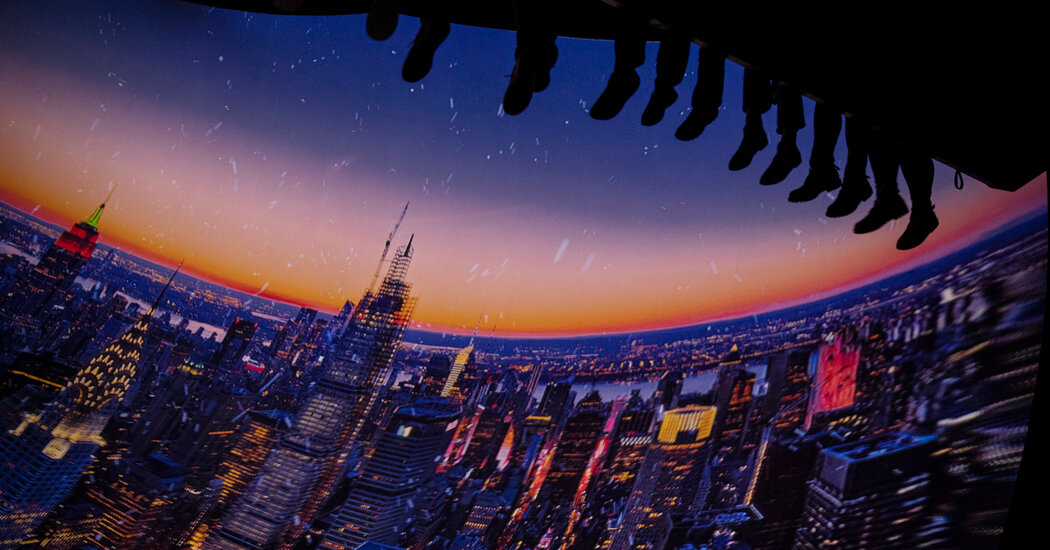 After two years of sparse crowds in Times Square and other popular attractions, New York City is finally hoping for a robust rebound of visitors this year. But the city will still be missing a main driver of its prepandemic tourism boom: big spenders from China, whose government has yet to allow travel abroad.

Before the pandemic, China was the fastest-growing source of foreign visitors to the city, with more than 1.1 million Chinese tourists arriving in 2019. Their impact on New York’s economy was supersized because they tended to stay longer and spend more than other tourists.

Now, with American borders fully reopened to visitors for the first spring since 2019, city officials are counting on tourists from countries including Mexico, Brazil and Australia to help make up for the absent Chinese – at least temporarily.

In a forecast to be released on Wednesday, NYC & Company, the city’s tourism promotion agency, is projecting a 70 percent increase in tourists this year from last year to 56.4 million visitors, including 8 million from outside the United States.

That total would still be far below the 66.6 million visitors that NYC & Company estimated for 2019. But it would put the city closer to Mayor Eric Adams’ goal of a full tourism recovery by 2024.

Tourism is a vital cog in the city’s economy, supporting more than 300,000 jobs in hotels, restaurants, museums and theaters. And international travelers have the biggest impact because they spend more than three times as much on average as the typical domestic tourist does.

Visitors, including those who traveled at least 50 miles but did not stay overnight, spent about $ 24 billion in the city last year, NYC & Company estimates. That was about half as much as in 2019 but up more than 50 percent from 2020.

“It’s always been the case and continues to be the case that travel and tourism are major cornerstones of our economy,” said Maria Torres-Springer, a deputy mayor.

Ensuring that the fruits of a resurgence in tourism are spread throughout the city, not just in Manhattan, she said, was a central aim of the Adams administration’s blueprint for economic recovery.

“We’re seeing some green shoots of a recovery in tourism,” said Fred Dixon, the chief executive of NYC & Company. “We’re working to make sure those green shoots turn into a full-fledged recovery.”

One cause for optimism, Mr. Dixon noted, was a rebound in hotel occupancy in recent weeks as the Omicron variant of the coronavirus faded. Three-quarters of the city’s available hotel rooms were filled in the week that ended March 19, according to STR, an industry research firm. That was still below the prepandemic level of 87 percent, but much higher than in the first two months of the year when Omicron kept many visitors away.

To spur demand, Mr. Adams gave NYC & Company an additional $ 10 million to put toward the promotional campaign it launched last year, with the theme “It’s Time for New York City.” That was the first increase in the allocation of city funds to the agency in several years.

The previous mayor, Bill de Blasio, funneled $ 30 million of federal pandemic aid to the tourism agency last summer in hopes of spurring a quick return of visitors. The city staged free concerts and movies around the five boroughs to celebrate the comeback. But new variants of the virus, first Delta then Omicron, undermined those efforts, and the year ended on a bleak note.

For all of 2021, the city received just 32.9 million visitors, less than half the record total for 2019. With the nation’s borders closed for the first 10 months of last year, only 8 percent of those visitors came from other countries, down from 20 percent before the pandemic.

NYC & Company is forecasting a tripling of international visitors this year. But that forecast includes 438,000 visitors from China, assuming that country will end its Covid lockdowns and allow its citizens to travel again.

“We recognize there are downside risks to the current forecast, and potentially room for a downward revision this summer,” Emina Cardamone, director of Tourism Economics, the company that produced that forecast, cautioned.

Mr. Dixon admitted that predicting when Chinese tourists would return involved a “lot of speculation.” But he added that most of the foreign tourists would be from Canada and Europe, where pent-up demand for travel is believed to be high and where NYC & Company has revived its marketing teams.

The agency had representatives all over the world before the city went into lockdown in March 2020. But as the pandemic wore on, Mr. Dixon had to shut down those operations, which he had spent a decade building.

In recent months, NYC & Company has gradually reopened those offices – with the exceptions of China and Singapore – to spread the word that New York is ready to welcome tourists again. The agency began a new partnership with a promotional company in Japan this week.

Mr. Adams is easing many restrictions to try to accelerate the city’s rebound.

“We had to rebuild confidence in New York,” he said. Dixon said. “One of the biggest challenges we’ve had to face is showing travelers that the New York they know and love is here, and that Broadway and the restaurants are back.”

The city still faces a long road to full recovery. About 115 of its hotels have not reopened, including the 1,025-room Roosevelt Hotel in Midtown, and about one-fourth of its unionized hotel workers remain laid off. Overall employment in the leisure and hospitality sector, which includes hotels, restaurants, museums and theaters, is still down about 100,000 jobs since before the pandemic.

“We are definitely in a better place than last year, but by no means can we say we’ve recovered,” said Vijay Dandapani, chief executive of the New York City Hotel Association. “The sustained loss for the last two years is money down the drain.”

As part of its campaign, NYC & Company plans to promote each of the five boroughs to tourists.

Some attractions outside Manhattan, like the Universal Hip Hop Museum’s exhibit at the Bronx Terminal Market, are still in recovery mode. The museum, whose permanent location is scheduled to open in 2024, closed its exhibit at the South Bronx market in December as Omicron was sweeping through the city.

Now, it is preparing to open a new exhibit there focusing on the early days of hip-hop in the late 1980s, including costumes and other memorabilia from performers like LL Cool J and Run-DMC, said Rocky Bucano, the museum’s executive director.

“We get people from every corner of the world, even though it’s unfortunate that some countries still have certain travel restrictions.” Bucano said. “We expect large crowds when we reopen in May.”

The plan to start the boroughs campaign in Brooklyn was welcomed by cultural institutions. “This is music to my ears, because historically the vast majority of tourism dollars has gone toward Manhattan,” said Anne Pasternak, director of the Brooklyn Museum.

Ms. Pasternak said crowds had flocked to recent exhibits at the museum, including one showcasing Christian Dior fashions. “Brooklyn has always been back because we never left,” she said.