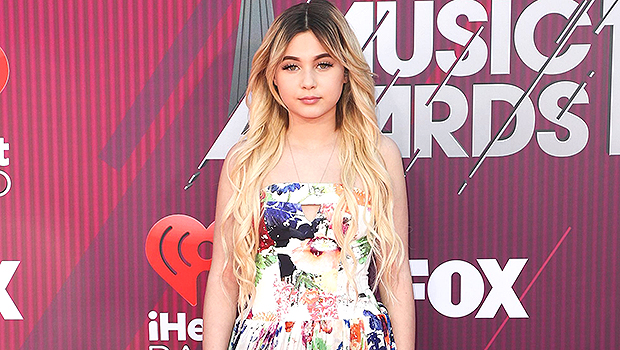 They grow up so fast! Travis Barker‘s daughter Alabama Barker16, looked absolutely exquisite at her father’s third wedding with Kourtney Kardashian in Italy. The gorgeous teenager, whom Travis shares with his ex Shanna Moakler, stunned in an eclectic ensemble seen in a snap shared to her Instagram Story, where Kourtney is giving a big hug to her new stepdaughter!

In another snap, Alabama looks like she stepped off the cover of a magazine in her white-sleeved gown. While sticking out her tongue and making a funny face, Alabama posed next to the blushing bride and her new stepsister, Penelope Disick! What a gorgeous blended family!

The marriage is also Kourtney’s first go at tying the knot. Although they dated for 10 years, Kourt never married Scott Disickthe father of her three children Mason, Penelope spirit Reign. Meanwhile, Travis has been married twice before, to former model Shanna Moakler from 2004-2008 and author Melissa Kennedy from 2001–2002. The Blink-182 drummer and Shanna share son Landonas well as daughter Alabama.