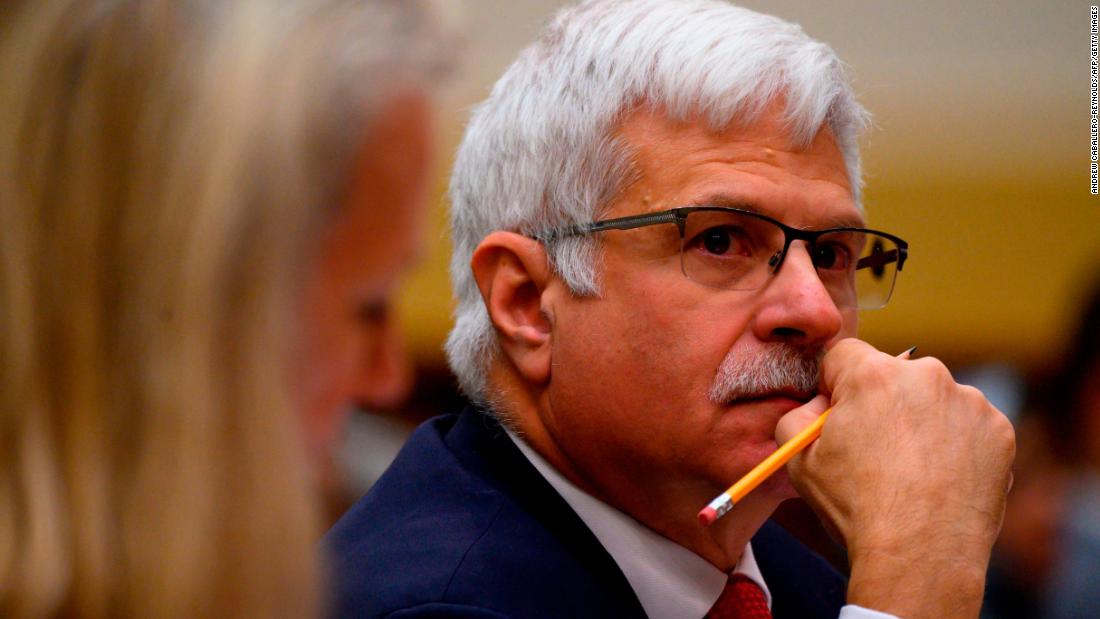 The meeting took place on the same day that thousands of Donald Trump supporters descended on the US Capitol. It also occurred as allies of the former President were advocating for Trump to use his presidential powers and seize election equipment in the name of national security, citing theories that voting machines had been compromised by foreign adversaries as a pretext.

Robert A. Destro, a law professor at Catholic University of America who served as an assistant secretary of state during the Trump administration, confirmed to CNN that he met with the two activists on January 6, 2021 around the same time as the chaos was unfolding on Capitol Hill.

The two activists who met with Destro – Colorado podcaster Joe Oltmann and Michigan lawyer Matthew DePerno – had been working behind the scenes to help promote Trump’s false election claims in the lead-up to January 6 and both have previously alluded to high-level meetings with officials at the State Department around that time.

DePerno is now the Republican nominee for attorney general in Michigan and has been endorsed by Trump. He declined to comment to CNN about the meeting with Destro. CNN has reached out to an attorney who has represented Oltmann and has not yet received a response.

Destro declined to comment further on the nature of the meeting, what was discussed or how it came about, pointing only to a comment he provided to The Washington Post, which first reported the news.

“I met with hundreds of American citizens and foreign nationals during my time at State, all of whom had foreign-focused issues to discuss,” Destro, who served as the assistant secretary of state for Democracy, Human Rights, and Labor from September 2019 to the end of Trump’s term, wrote to the Post in an email. “I will not talk about any of the details of those meetings, either.”

Trump himself touted those same debunked election fraud claims, as did members of his legal team, and they ultimately ended up in a draft executive order directing the military to seize voting machines nationally.

The House select committee investigating the January 6 insurrection has been looking into the origins of the draft executive order and its nexus to the false election fraud claims in Michigan connected to DePerno’s lawsuit.
CNN previously reported that Trump’s advisers drafted two versions of an executive order to seize voting machines – one directing the Department of Defense to do so and another the Department of Homeland Security – as part of a broader effort to undermine the 2020 election results, multiple sources tell CNN.

The idea of ​​using the federal government to access voting machines in states that Trump lost was the brainchild of retired Col. Phil Waldron and retired Lt. Gen. Michael Flynn, Trump’s former national security adviser, the sources told CNN earlier this year. Both Army veterans spread misinformation about the election being stolen from Trump.

While advisers publicly floated the idea at the time, revelations that two draft executive orders were actually drawn up for different agencies to carry out the job underscores the extent to which the former President’s allies wanted to weaponize the powers of his lame-duck administration to overturn the election.

CNN also previously reported that Trump’s former White House chief of Staff Mark Meadows reached out to some of the country’s top national security officials in an effort to connect them to Trump allies who were pushing unfounded claims of foreign election interference and voter fraud.
Not only did Meadows try to get top government officials to investigate baseless conspiracy theories being espoused by the likes of Rudy Giuliani, Mike Flynn and Sidney Powell, he also passed along conspiratorial materials himself, including YouTube videos and other information that alleged widespread evidence of voter fraud, sources said.