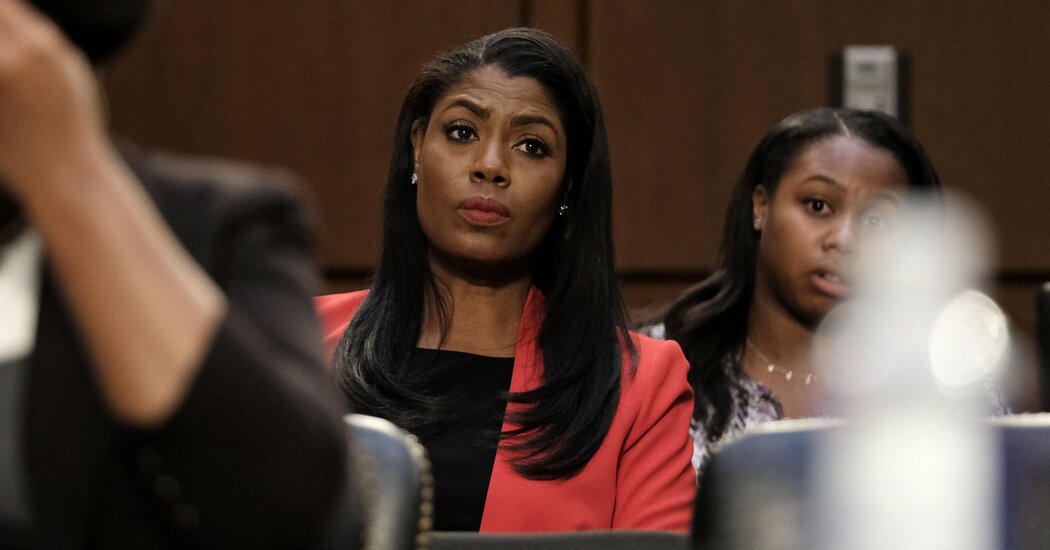 The award, handed down on Tuesday, concludes a protracted legal fight after Mr. Trump unsuccessfully sued Ms. Manigault Newman over her book, “Unhinged,” arguing that she had violated a nondisclosure agreement she had signed while working for his campaign in 2016.

Mr. Trump lost the arbitration case in September 2021, one in a string of failed attempts to enforce nondisclosure agreements against former employees.

Since the decision, both sides have continued to dispute the size of the award. Mr. Trump’s lawyers claimed Ms. Manigault Newman made bad-faith arguments and should not receive legal fees. But the arbitrator sided with her, noting the hefty expense of the case.

“Respondent was defending herself in a claim which was extensively litigated for more than three years, against an opponent who undoubtedly commanded far greater resources than did respondent,” the arbitrator noted.

A spokesman for Mr. Trump did not respond to an email seeking comment.

Ms. Manigault Newman’s lawyers said they were struck by the amount that Mr. Trump’s campaign was ordered to pay.

The award “hopefully will send a message that weaponized litigation will not be tolerated and empower other lawyers to stand up and fight,” said Ms. Manigault Newman’s lawyer, John Phillips, who provided a copy of the arbitrator’s ruling on the fees.

Ms. Manigault Newman with Mr. Trump in 2004 during the first season of his reality television show, “The Apprentice.” Twelve years later, she helped Mr. Trump court skeptical Black voters during his 2016 campaign for the presidency. When he won, she followed him to the White House, and was ultimately fired from her job.

Her book, published in August 2018, depicted a chaotic White House and was the first of several books written by former Trump presidential aides. She also released audio recordings of her conversations related to Mr. Trump. In one recording, Mr. Trump’s daughter-in-law, Lara Trump, appeared to offer Ms. Manigault Newman a campaign contract in exchange for her staying quiet about her criticisms of the president and his family.

Mr. Trump, who has often used the courts in disputes, sued Ms. Manigault Newman, and the suit played out over three years.

The legality of such nondisclosure agreements, which Mr. Trump has favored for many years as a private businessman, has been a subject of debate before. But their efficacy has come into question in recent months. In March, Mr. Trump’s campaign was ordered to pay more than $ 300,000 in legal fees to a former campaign aide who said the candidate had forcibly kissed her. The campaign sued, arguing she had violated the terms of her nondisclosure agreement. The judge in the case called the agreement “vague and unenforceable.”