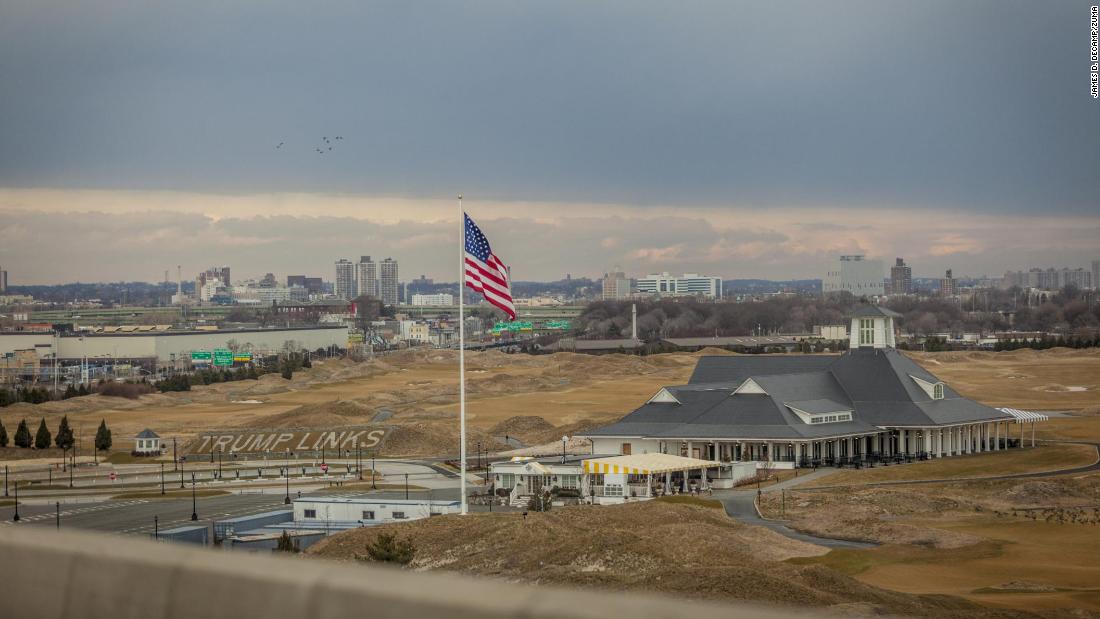 New York City officials had terminated the licensing deal for the Trump Golf Links at Ferry Point Park in the days after the insurrection. Then-Mayor Bill de Blasio said, “The City of New York will not be associated with those unforgivable acts in any shape, way or form.”

In justifying its decision, the city cited a separate decision by the PGA of America to cancel its agreement to host the 2022 championship tournament at former President Donald Trump’s Bedminster golf course in New Jersey saying doing so would be “detrimental” to its brand. Ferry Point’s ability to draw high-caliber tournaments would be “significantly impaired” by Trump’s actions on January 6 as well, the city said.

The Trump Organization sued the city for wrongful termination and asked to reinstate the license.

In an 18-page ruling Friday, New York Judge Debra James ruled that the deal only required Trump to operate a tournament-quality course – not attract professional tournaments.

The fight over the golf course may not be over.

The city could appeal the ruling or move to terminate Trump’s licensing agreement “at will,” using a different clause in the contract. Trump’s lawyers have said if the deal is terminated “at will,” the city would owe them a termination payment of $ 30 million, a figure the city has not endorsed.

“Anyone holding a City concession is held to a high standard. We are disappointed in the Court’s decision, and we are reviewing our legal options,” said a spokesman for the New York City law department.

A spokeswoman for the Trump Organization called the ruling a win for the city.

“This is not just a win for The Trump Organization – this is a win for the people of New York City and for the hundreds of our hard-working employees at Ferry Point. We are thrilled that we will continue to operate and manage what has been widely recognized as one of the most magnificent public golf experiences anywhere in the country, “the spokeswoman said in a statement.

Last year, the city’s Franchise and Concession Review Committee voted 4-2 to award the remaining 13 years of the license to Bobby Jones Links, an Atlanta-based golf course operator. Trump was supposed to turn over the keys to the course in November, but the judge stayed the deadline pending her decision.

Whitney Crouse, founding partner of Bobby Jones Links, could not immediately be reached for comment.