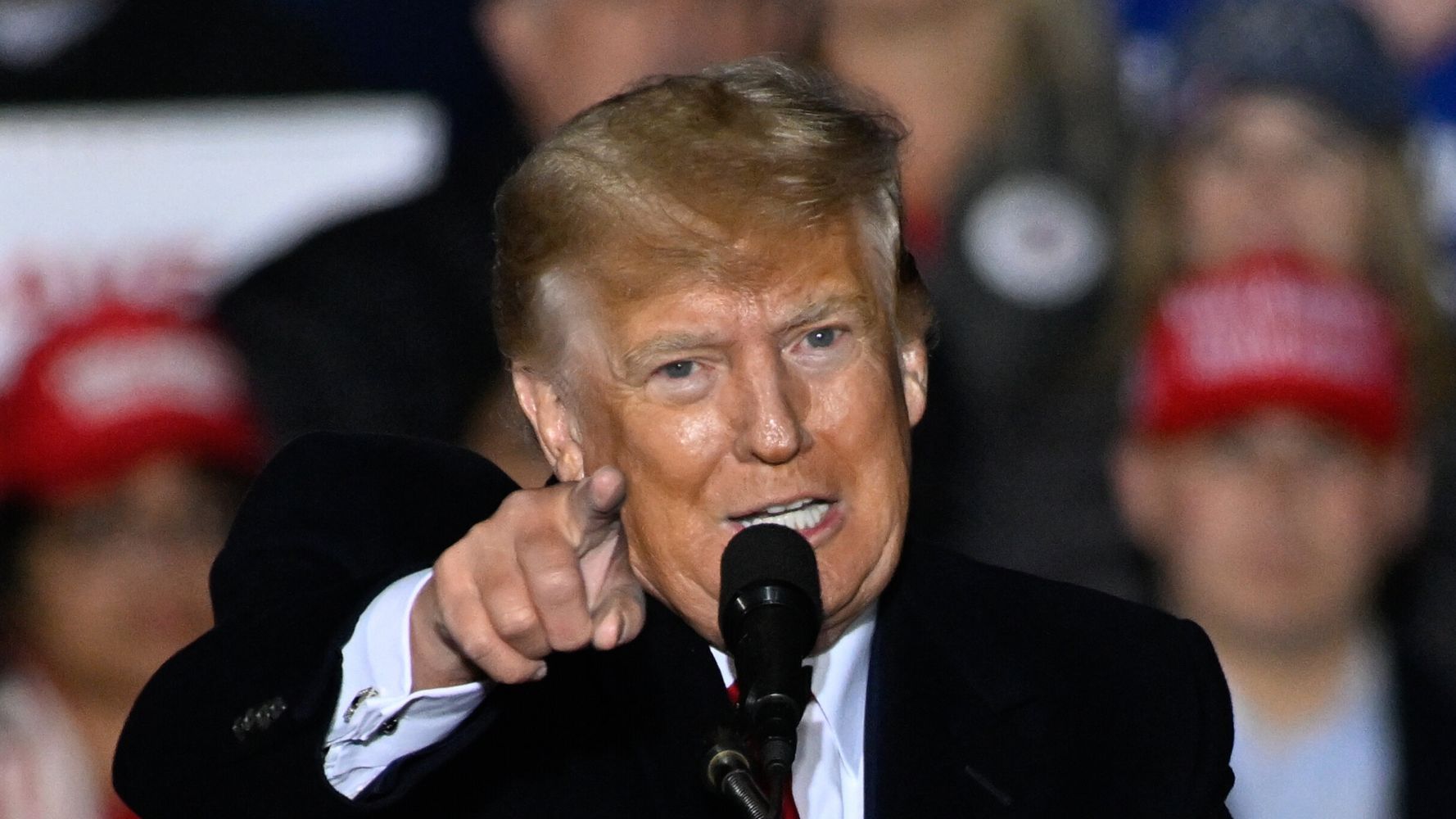 “The most powerful country in the world is falling so fast, that it makes you rethink what are the real reasons,” Bukele’s tweet read. “Something so big and powerful cannot be destroyed so quickly, unless the enemy comes from within.”

Bukele, whose extensive Twitter use and hardline immigration policies have led some to designate him a “mini Trump,” has had a tense relationship with the Biden administration. Officials have expressed serious concerns about his commitment to democracy.

Attorney George Conway, one of Trump’s most prominent conservative critics, flagged the exchange on Twitter.

In an interview with CNNConway said Republicans were willing to look the other way from Trump’s incendiary rhetoric because “they’re terrified of him.”

“But they’re also terrified of a Republican base that’s becoming increasingly radicalized,” he continued. “That actually does believe that people who politically disagree with them are a threat to the nation and therefore violence could be necessary to fight them off, and that’s what we saw in this social media post.”

“The suggestion is that somehow we are headed towards civil war or there should be civil war, or something to that effect, and for a former president of the United States and leading convention for the 2024 Republican nomination to even be talking about that and suggesting that is absolutely appalling. ”

“Any of my fellow Republicans wanna speak out now?” Kinzinger tweeted. “Or are we just wanting to get through ‘just one more election first …?’

Any of my fellow Republicans wanna speak out now? Or are we just wanting to get through “just one more election first…?” https://t.co/G6YXAC1qIb

Swalwell said Trump would not be “man enough” to fight in a civil war he called for, noting the former president dodged being drafted for the Vietnam War and did not join protesters that he encouraged to march to the US Capitol on Jan. 6, 2021.

Some of those protesters went on to ransack the building in an effort to stop Congress’ certification of the 2020 election, which Trump repeatedly and falsely told supporters was “rigged” and “stolen” from him.

Donald Trump is calling for Civil War. Of course, like Vietnam and the walk to the Insurrection, he will not be man enough to fight it. pic.twitter.com/V5viIP5Kt7

In the wake of Trump’s persistent attacks on the US electoral system, and the political violence it inspired on Jan. 6, the International Institute for Democracy and Electoral Assistance in Stockholm listed the US as a “backsliding” democracy last year.

A member of a key CIA advisory panel, political science expert Barbara Walter, warned in a book last year that “no one wants to believe that their beloved democracy is in decline, or headed toward war” but the US has entered very dangerous territory . ”

Some Republican officials have stoked divisions, openly calling for civil war and parroting language used for years by far-right extremists and white supremacists.