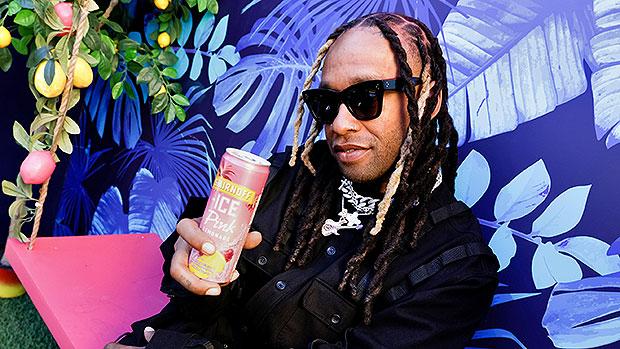 Ty Dolla $ ign40, is giving credit to Kendrick Lamar and his highly-anticipated new album. The singer called the fellow musician’s latest release, Mr. Morale & The Big Steppersone of the “craziest” albums he’s ever had, during an appearance at the Smirnoff Lemonades Lounge ahead of his headlining performance at the Billboard MusicCon on behalf of Smirnoff and Smirnoff Lemonade on May 14. He also mentioned the fact that he would love to collaborate with the talented hip hop artist just as he did in the past.

“I want to work with Kendrick [Lamar] again. He just dropped one of the craziest albums I’ve ever heard in my life, ”Ty EXCLUSIVELY told HollywoodLife in an interview. “So shout out to him.”

The songwriter is known for collaborating with many artists since he broke into the music industry around 2007, including Nicki Minaj, Chris Brown, Omarion, Fifth Harmony, Jason Derulo, and more, but in addition to Kendrick, there’s still even more he’d like to work with. “I would love to work with Lil Baby, which I have not worked with yet, ”he continued to tell HL. “Many more for sure. I’m going to just keep on working until it’s said and done. ”

Kendrick Lamar: See Photos Of The Rapper In Concert & More

As far as what’s he’s been up to lately, Ty confirmed he’s currently working on “a couple of features” but he can not quite give anything away just yet. “There’s definitely been a couple of features that I’ve been doing with the goats,” he said. “I’ll just put it like that and I’m super excited about that. I’m not going to say any names yet, but you guys already know what we’re doing over here, so be on the lookout for that. ”

Ty also talked about his recent collaboration with Motown to create EZMNY Records. “EZMNY Records is going to be one of the greatest labels of this generation,” he promised. “I’ve been working on it for a long time. It’s always been one of my dreams. So me and my partner, Shawn Barronlinked up and we were able to sign one of my favorite artists, Leon Thomas, who I’ve been looking at for a while now. I’m super excited about it, his album is incredible. They just actually sent me the video for the first single that’s going to drop like in a couple of weeks. So I’m super excited. ”