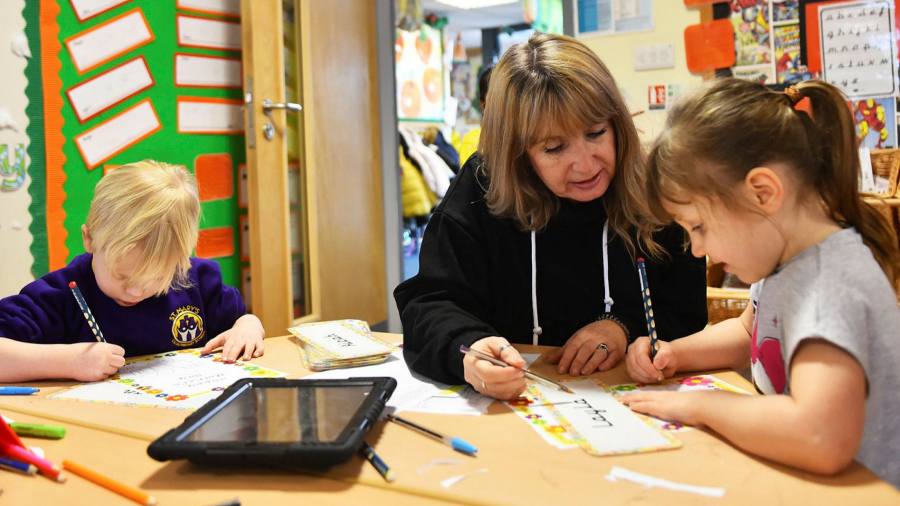 Two-thirds of British primary headteachers said a lack of “catch-up” funding has left pupils struggling to recoup lost learning as schools grapple with the cost of living crisis.

Around 68 per cent of primary schools reported getting insufficient funding from the government this academic year to support pupils whose education has been disrupted by the Covid pandemic, according to the Sutton Trust, a social mobility charity.

Half of nearly 1,400 headteachers surveyed by the charity said they had been forced to cut back on teaching assistants. A third had to reduce support staff and IT equipment.

Geoff Barton, general secretary of the Association of School and College Leaders union, warned that schools would be hit with soaring energy bills and rising inflation as living costs rise.

The government has pledged nearly £ 5bn on support for children who have fallen behind at school during the pandemic, covering teacher training, additional school funding and small group tutoring.

But school leaders said this fell far short of what was required. Sir Peter Lampl, founder of the Sutton Trust, said the poll showed that schools faced “monumental challenges” in the wake of the pandemic.

Lampl called on ministers to make an “enormous investment” into education recovery so “all pupils are given a chance to succeed”.

One-third of all headteachers surveyed said they used pupil premium funds, additional money targeted at the most disadvantaged pupils, to plug gaps in their general budget. Barton argued that a “paucity of funding” had forced heads to eat into funding intended for those most in need.

By contrast, in 2019, only 23 per cent said they needed to divert funding in this way, suggesting the crisis had left schools less able to support poorer pupils who have been disproportionately affected by the pandemic.

One quarter of primary schools had to cut trips and outings as a result of funding constraints, while 20 per cent were forced to drop sports and extra curricular activities.

While primary schools were most affected by funding constraints, older pupils have also been impacted. More than a quarter of secondary school leaders said they had cut their teaching assistants and support staff.

Labor MP Stephen Morgan, shadow schools minister, said children were “missing out on the learning and experience they need and deserve” under the Conservative government.

“Our ambitious recovery plan covering primary, secondary and further education continues to roll out across the country,” it said.

Last June, the government’s education catch-up chief, Sir Kevan Collins, resigned in protest over the government’s scaled down recovery plan after his proposal to spend £ 15bn on tutoring was watered down.