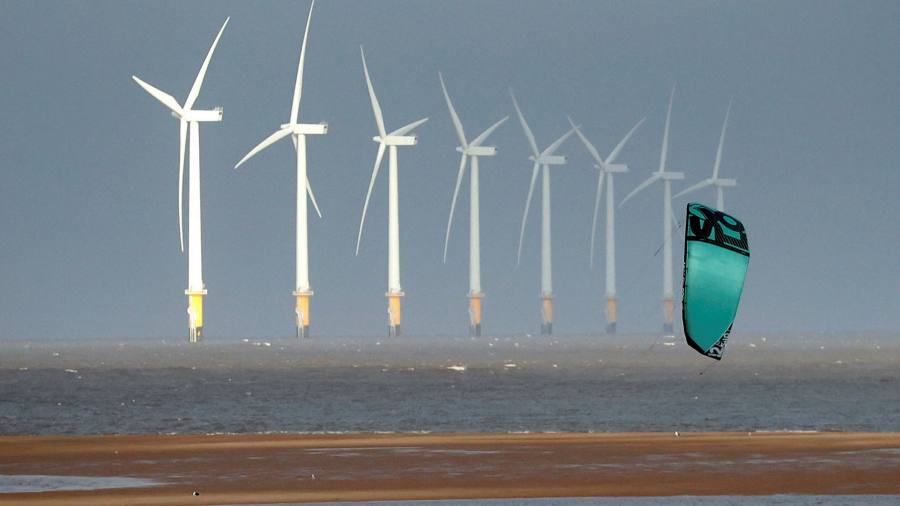 Boris Johnson on Wednesday signaled a big role for offshore wind farms in the government’s new energy supply strategy, but played down the prospect of a significant expansion of land-based turbines.

The prime minister’s allies said he was still “open to looking at onshore wind”, but many Conservative MPs are hostile to the idea because of local opposition in Tory heartlands.

Johnson heralded the energy supply strategy – which ministers hope to publish next week – by stressing the contribution that would be played by sea-based wind turbines and nuclear power.

The strategy, designed to refocus UK energy policy on domestic sources of power after Russia’s invasion of Ukraine, has been delayed for several weeks as the Treasury haggles over the cost of new nuclear power stations.

Speaking at the House of Commons liaison committee on Wednesday, Johnson said: “Renewables are fantastic and offshore wind – and I stress offshore wind – I think has massive potential. But so does nuclear. ”

He said the UK had failed to build enough long-term energy supply for “a generation”, describing that lack of planning as “one of those colossal mistakes”.

An early draft of the energy strategy, approved by Kwarteng, includes 50 gigawatts of solar capacity, 50GW of offshore wind and 30GW of onshore wind by 2030.

Government officials said Johnson had not yet signed off on the strategy, meaning the onshore wind target could be scaled back.

Johnson emphasized that fossil fuels would remain part of Britain’s energy mix for years as part of a gradual transition to the UK target of net zero emissions by 2050.

The energy security strategy is partly a response to the cost of living crisis, which has been driven by big rises in gas and oil prices, worsened by the war in Ukraine.

Johnson was criticized on Wednesday by Labor leader Sir Keir Starmer over what he claimed was the government’s “utterly cynical” approach to helping people with their living costs.

Starmer highlighted findings by the Office for Budget Responsibility that tax cuts in last week’s Spring Statement would only undo one-sixth of the tax rises introduced by Rishi Sunak since he became chancellor in February 2020.

Johnson told MPs there would be direct support for those facing “particular hardships” because of surging inflation, adding that the government’s focus was helping people into work.

Asked about rising child poverty, the prime minister said: “I am not going to pretend it is easy, but we are going to go at it as hard as we can.”

Gemma Tetlow, chief economist at the Institute for Government, a think-tank, said less well off households, who spent a higher proportion of their incomes on gas bills and essentials compared to affluent families, would be “most severely hit” by the cost of living crunch.