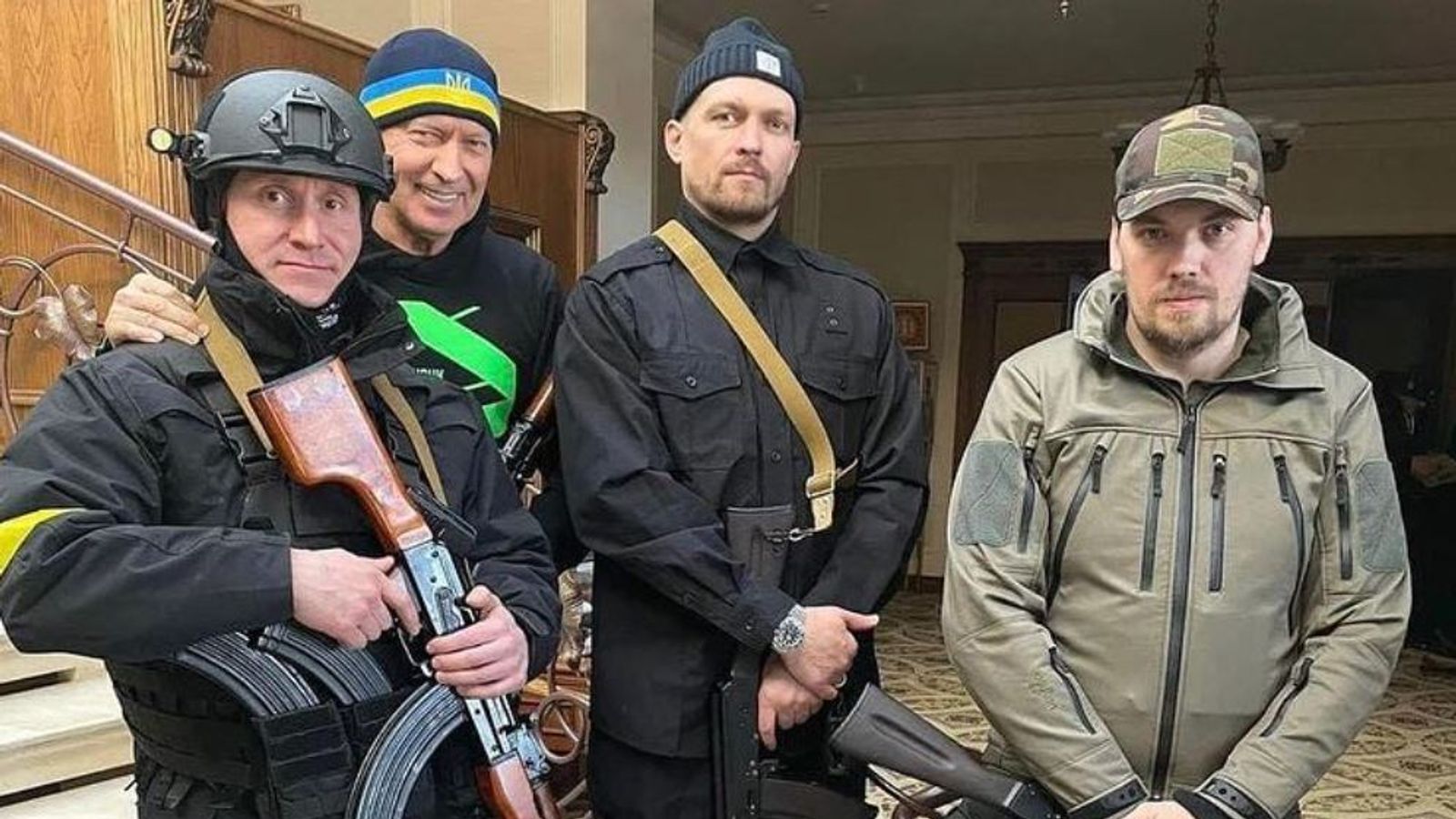 A number of Ukrainian athletes including the Klitschko brothers have taken up arms to defend their country amid the ongoing Russian invasion.

Sporting sanctions continue to emerge and have already seen FIFA and UEFA suspend Russia’s national and club teams from all competitions, the Champions League final removed from St Petersburg, the Russian Formula 1 Grand Prix canceled and the International Judo Federation suspend Russian President Vladimir Putin as its honorary president, among others.

Ukrainian world No 15 Elina Svitolina meanwhile pulled out of a WTA Tour event as she called on tennis organizations to accept Russian or Belarussian nationals only as neutral athletes.

While players and teams across the world have expressed support for Ukraine, some of the country’s own sporting stars have elected to stay and fight. 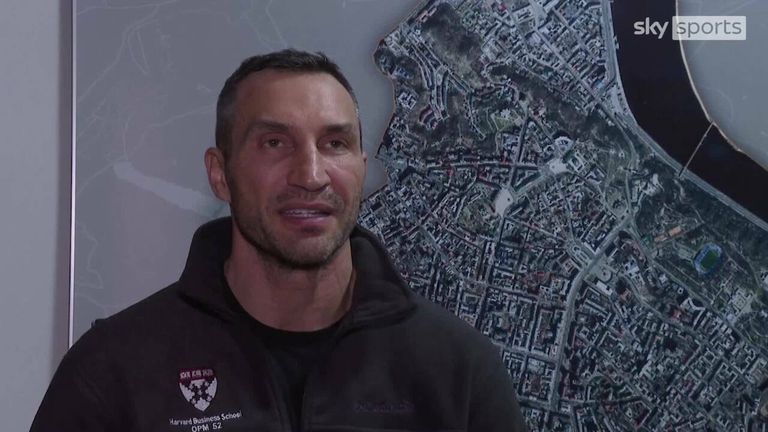 Former boxing heavyweight world champions Vitali, the mayor of Ukraine capital Kyiv, and Wladimir Klitschko both announced they were prepared to take up arms to defend their country against the invasion.

Wladimir, who enlisted in Ukraine’s reserve army earlier in the month as the nation braced itself for an attack, insisted “every hour counts”.

“I am Ukrainian, and I am a fighter,” Wladimir Klitschko said on Monday.

“Our strongest force is the will and desire to live in a free country, and we have chosen the direction we want to go.

“We are a European country and we want to make sure that our values ​​are going to be implemented rightly into our society, and no one else is going to decide for us how we should live.

“Kyiv has not been bombed since 1941, when the Nazis bombed and attacked Kyiv. It’s so weird to actually hear explosions in the city day by day and shootings, and seeing all the images all around the country where people suffer.

“And in Kyiv, it’s getting into a humanitarian, catastrophic event, and that’s why every hour counts.”

Lomachenko had been eyeing a clash with Australia’s George Kambosos for the undisputed lightweight championship later this year.

The 34-year-old traveled back to Ukraine to be with his family following the invasion, flying into Bucharest before traveling through Romania after his initial flight into the country from Greece had been delayed as air traffic was grounded.

Uysk is expected to take on Anthony Joshua in a rematch in May or June after stripping the Brit of his belts via unanimous decision at Tottenham Hotspur Stadium on September 25.

The 35-year-old recently addressed Russian President Putin urging him to stop the war and negotiate with Ukraine.

“Good morning to everybody. My name is Oleksandr Usyk. I’d like to speak to the people of Russia,” he said. “If we consider ourselves as brothers, orthodox ones. Do not let your children to set out to our country, do not fight with us. Also I’m addressing this to President Vladimir Putin. You can stop this war. Please just sit down and negotiate it with us without claims.

“Our kids, wives, grannies are hiding in the basements. We are here in our own country, we can not do it other way – we are defending. Stop it! Stop this war.” 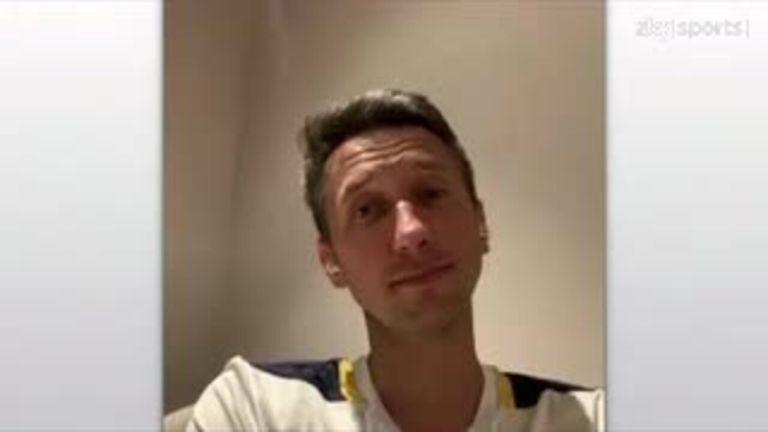 Recently-retired Ukrainian tennis player Sergiy Stakhovsky explained that he intended to return to Kyiv to fight once he had moved his wife and children to a safe place.

The 36-year-old, who won four ATP Tour titles in his career, underlined the importance of support across Europe.

“I signed up for the reserves last week,” he said. “I do not have military experience but I do have experience with a gun privately. My dad and brother are surgeons, they are stressed out, but I speak to them frequently – they sleep in the basement.

“It makes the world of difference to our armed forces that they are not alone at least in a media environment, but let’s be realistic here, it’s been eight years of war with Russia, where was all of this for eight years?

“None of us believed that this could happen, and yet it happened.

“None of the European leaders or the world is ready to help, ready to put the fight in Ukraine maybe for a better Europe in the future, because once Ukraine is lost, we will resist.

“But let’s be realistic, Russia is a 140m [population] country which spreads from Europe all the way back to Alaska, It’s going to be very hard to resist that much. “

Current Bellator welterweight champion Yaroslav Amosov confirmed in an Instragram video that he planned on defending his country having taken his family to a safe zone.

Amosov, who is unbeaten at 26-0 in his professional career, is due to face Britain’s Michael Page at Bellator London on May 13.

“Probably, many will think that I ran away, I’m hiding or something like that, but this is not so,” Amosov said in a video. “I took my family to the safe zone. Now I have returned and will defend this country as best I can, with what I can. I love this country, our own. Russia came to our house and started a war here, many people are dying – innocents, women and children.

“We are in a real war. I can not understand those people who do not believe that Russian troops entered Ukraine. I see it with my own eyes, I hear it. Terrible things are happening here.”

Former Arsenal defender Oleh Luzhnyi, the first Ukrainian ever to win the Premier League, said he is pressing pause on his coaching career to stay and fight.

Luzhnyi’s hometown of Lviv in western Ukraine had initially been deemed the safe space for domestic refugees fleeing Kyiv, with the American embassy having been set up there before since moving its operations to Poland in light of more frequent air raid sirens.

“The situation is horrific,” Luzhnyi told Sky Sports via a WhatsApp message. “I want to come to coach in the UK but before anything I will stand firmly and fight for my people, for my country and for democracy.”

“We all hope this will be over soon as innocent lives are being lost and families are being torn apart,” he said.

“A country being invaded and destroyed is all for what? We need to stand together as one and bring to an end this criminal warfare.”