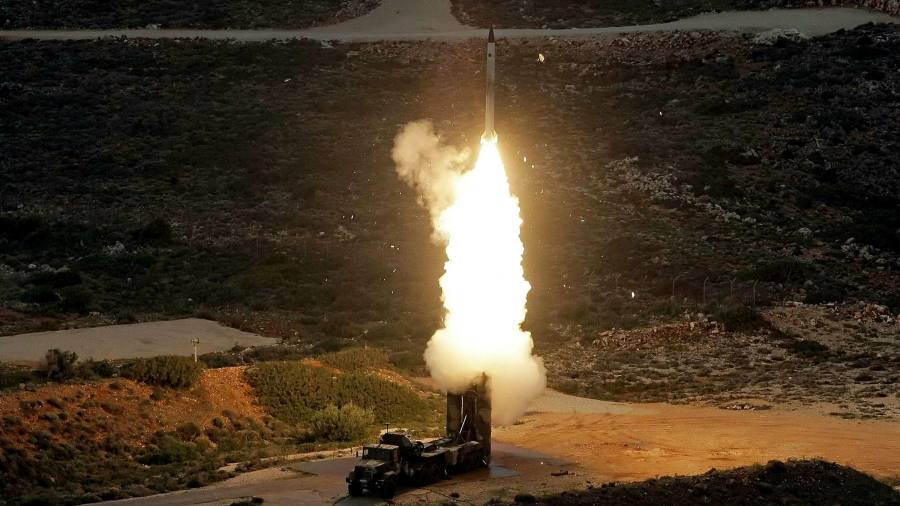 US President Joe Biden’s promise to supply Ukraine with Soviet-era long-range missile systems has become bogged down in difficulties with sourcing and moving the equipment, according to US and western officials.

Even as the US and its allies prepare to announce fresh sanctions on Moscow and additional lethal and humanitarian aid for Ukraine this week, the provision of the anti-aircraft ordnance seen by Kyiv as crucial to its ability to halt Russia’s advance is set to take more hour.

The effort is running into similar issues as the now-abandoned plan to transfer Polish fighter jets to Ukraine, a move that descended into a diplomatic fiasco. The countries that have the equipment – Slovakia, Greece and Bulgaria – have either balked at the plan or want new systems as a substitute. They also fear that Moscow will interpret any transfer as an aggressive act.

“They’re using these systems to shoot down both Russian aircraft and Russian missiles,” said Frederick Kagan of the American Enterprise Institute, a conservative think-tank in Washington. “The Ukrainians are regularly intercepting Russian missiles. There are not that many systems in the world that can do that reliably.

Tom Malinowski, a Democratic lawmaker on the House foreign affairs committee, said: “Russia seems to be increasing the number of air strikes as their ground forces are held back effectively by the Ukrainians. There is increasing urgency in getting these kinds of systems into the country. ”

Of the 30 NATO countries, only Slovakia, Greece and Bulgaria have supplies of the S-300 missile system that was initially developed by the Soviet Union, and which the Ukrainian military is trained to use.

Last week, Slovakia said it would send the S-300 if it could source a suitable substitute but on Wednesday it announced that it was not ready to do so. Bulgaria and Greece have also ruled out transferring their systems for now.

Slovakia has started to receive components of the American-made Patriot missile defense system that Germany is temporarily deploying as part of NATO’s response to the war in Ukraine. The Netherlands is also sending a Patriot system to Slovakia.

But Slovakia wants to see more permanent contributions. A Slovak official said on Wednesday that the German system would only be in Slovakia for six months. Slovakia cannot afford to buy its own Patriot system and it would cost several billion dollars to have enough batteries for reasonable defense cover, the official said.

Another Slovakian official pointed to remarks on Wednesday from Jaroslav Nad, the country’s defense minister, indicating that its military would need a permanent alternative if it was to donate its own system.

Slovakia also fears Moscow would regard the transfer of the anti-aircraft munitions as an aggressive act and subsequently attack the country, according to someone briefed on the discussions. The US and Greece have had informal discussions about Greece transferring its S-300 system but Athens has decided against because of the missiles’ importance to its own security, a Greek diplomat said. Greece has already sent Kalashnikov rifles and rocket launchers but has ruled out sending air-defense systems, a second diplomat said.

“Being so close to the conflict, just right now I have to say that currently, we will not be able to send military assistance to Ukraine,” he said on Saturday.

Despite the reluctance of the three countries with S-300s, the Biden administration is not giving up on the plan for now. “We feel good about the progress we are making with respect to air-defense systems,” US national security adviser Jake Sullivan said on Wednesday ahead of Biden’s meetings in Brussels on Thursday.

A US official said Washington has delivered nearly $ 350mn of security assistance to Ukraine over the last three weeks and has committed $ 1bn more, including deliveries that have already begun arriving.

The official said the US is helping Ukraine acquire longer range anti-aircraft systems and munitions its forces are trained to use, at the request of Volodymyr Zelensky, Ukraine’s president.

Indeed, the Biden administration wants the transfers done urgently, according to U.S. officials. “We are all mindful of the clock, and that Russia is intensifying its bombardment and long-range fires on cities and population centers throughout the country,” Pentagon press secretary John Kirby said earlier this week.

The reluctance has echoes of the ill-fated fighter jet plan that was scrapped this month when the US rejected a Polish proposal for the US to take possession of Soviet-era fighter jets and transfer them to Ukraine. Washington feared that doing so might trigger a Russian response, while the Pentagon concluded that the jets would not significantly change the effectiveness of the Ukrainian air force.