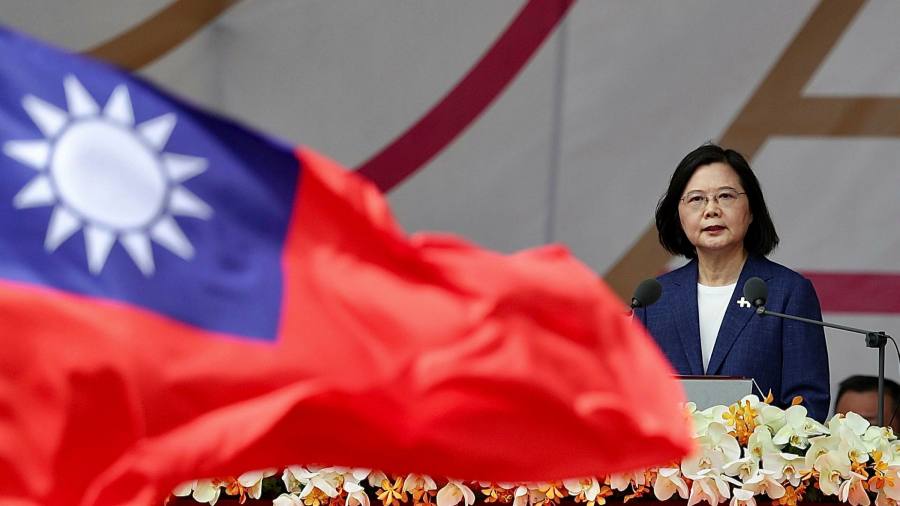 Days after approving $ 350mn in military aide for Ukraine, US President Joe Biden sent a message of support to another vulnerable country by dispatching a high-level delegation of former American officials to Taiwan.

Michael Mullen, former chair of the US joint chiefs of staff, flew to Taipei on Tuesday to reassure Taiwan – and remind China – that the US’s commitment to the island was strong despite its focus on Ukraine.

The delegation included Michèle Flournoy, a former Pentagon official, Evan Medeiros, a former White House Asia adviser to Barack Obama, and Mike Green, who held the same position for George W Bush. One US official said the high-level bipartisan delegation showed the US commitment to Taiwan was “rock solid”.

The visit comes as some experts worry that the US attention on Ukraine will dilute its focus on China – a bigger long-term challenge – and Beijing could ramp up the pressure on Taiwan while Washington is preoccupied.

One person familiar with the debate inside the Biden administration said the president was crafting Ukraine policy independently of the ramifications for China and Taiwan, but stressed that he was paying attention to Beijing.

“The driving force and motivation is about Russia and Ukraine. That’s the lens though which the president is thinking about it, ”said the person. “But we’re watching very closely how China is. . . reacting. ”

A Pentagon spokesperson said the US had not changed its posture in the Pacific to send a warning to China.

Elbridge Colby, a former Pentagon official, said the move to send such a high-profile delegation underscored that the US military faced a “two-front” problem with Russia and China but stressed it should prioritize Beijing.

“The military threat to Taiwan is very real,” he said. “There are things we can and should do to help Ukraine. . . but Europe must take a back seat to ensure our military position in Asia. ”

Some experts worry that China might conclude from the US decision not to send troops to Ukraine – which is neither a NATO member nor an American ally – that it would not defend Taiwan.

But the person familiar with discussions inside the administration said it was an “intellectually lazy” comparison. For instance, the Taiwan Relations Act requires the US to provide Taiwan with assistance to help defend itself.

Biden has continued the policy of “strategic ambiguity”, under which the US does not say if it would defend Taiwan and is partly designed to give China a break about military action.

Kurt Campbell, the White House top Asia official, suggested at an event for the German Marshall Fund think-tank that there was no change to the policy, despite calls to the contrary from some in the region, such as former Japanese prime minister Shinzo Abe recently.

Experts say China is analyzing the Ukraine conflict to see what lessons can be applied to Taiwan. Bonnie Glaser, a China expert at the German Marshall Fund, said Mullen and the delegation would probably impress upon Taiwan’s leaders that they needed to become more serious about boosting defenses and implementing reforms.

US officials have long argued that Taiwan should counter Chinese aggression with an asymmetric strategy that exploits Beijing’s weaknesses rather than trying to match its strengths. Instead of acquiring expensive weapons such as fighter jets, which the Chinese military would probably seek to destroy at the outset of an assault on Taiwan, the country should equip itself with large numbers of small, comparatively cheap and mobile pieces of equipment, such as shoulder -launched missiles and sea mines, according to US military experts.

While some may interpret the Ukraine situation as meaning that the US would not defend Taiwan, the war has also produced uncomfortable truths for Beijing. “They have been concerned by some of the solidarity that everyone has witnessed in the aftermath of the invasion,” Campbell said. 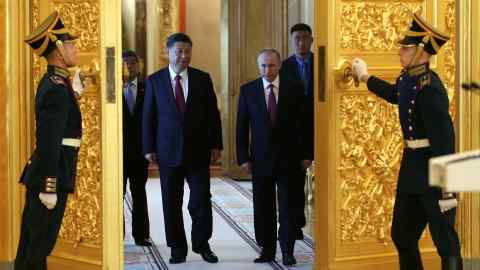 Whatever lessons China takes, the attention the US is giving the Ukraine conflict has prompted concerns that the situation will unwind the renewed “pivot” to Asia that Biden had been implementing.

Sheena Greitens, a China expert at the University of Texas at Austin, said a longstanding worry was that the rhetoric was not matched by resources. “The running joke is that the Indo-Pacific is named the priority theater and then Central Command [which oversees US military operations in the Middle East] gets all the resources, ”she said, adding that Ukraine raised new questions about how many resources European Command would now receive.

But Eric Sayers, an Asia expert at the American Enterprise Institute think-tank, said the war would “sharpen” the US focus on Taiwan and accelerate policies to ensure China did not conclude it could win a quick, costless war.

“In many ways, the multilateral sanctions and export control package coming together to respond to Moscow is also a playbook to be deployed during a future crisis over Taiwan,” Sayers added. “Beijing should take note of the co-ordination and sophistication of this global response to naked aggression against a sovereign people.”

At the same time, Oriana Skylar Mastro, a China expert at Stanford University, said the US needed more “strategic discipline”.

“China will see this as another strategic window of opportunity,” she said. “The colonial empire was a drain on the British and this is a drain on the US. We have to choose our battles and Ukraine is not one of them. ”