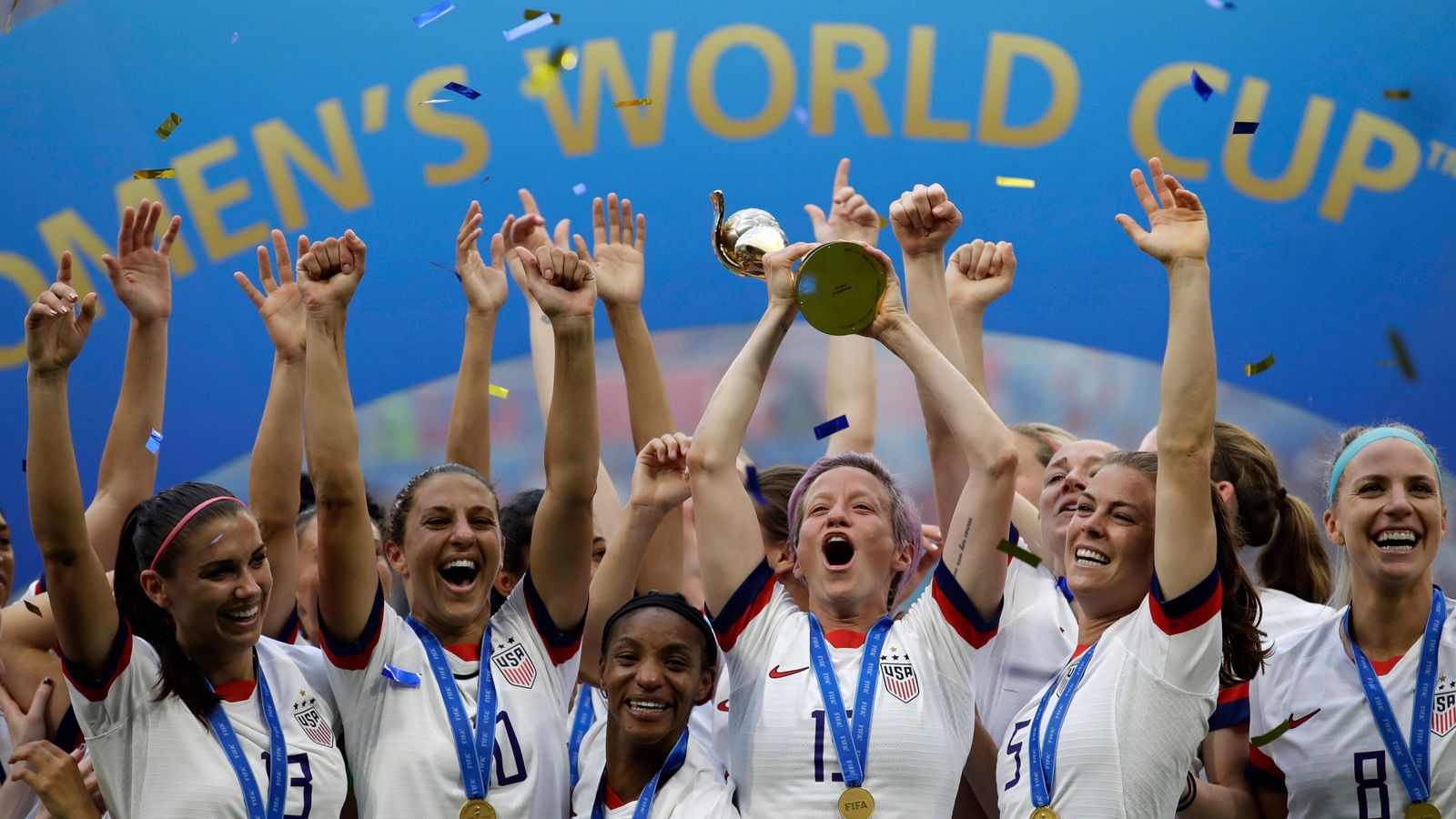 US Women National Team players have ended a six-year legal battle with their federation over equal pay, agreeing a deal worth $ 24m (£ 17.7m) plus bonuses to match the terms of the men.

The US Soccer Federation and the women’s team announced the deal Tuesday, which will see the players receive $ 22m, around a third of the figure they had originally sought.

US Soccer also agreed to establish a fund with $ 2m to benefit the players in their post-soccer careers and charitable efforts aimed at growing the sport for women.

US Soccer is committed to providing an equal rate of pay for the women’s and men’s national teams including World Cup bonuses, subject to collective bargaining agreements with the unions that separately represent the women and men.

“We are pleased to announce that, contingent on the negotiation of a new collective bargaining agreement, we will have resolved our longstanding dispute over equal pay and proudly stand together in a shared commitment to advancing equality in soccer,” the players said in a joint statement with US Soccer.

USA midfielder Megan Rapinoe said: “For our generation, knowing that we’re going to leave the game in an exponentially better place than when we found it is everything.

“That’s what it’s all about because, to be honest, there is no justice in all of this if we do not make sure it never happens again.”

The settlement has been viewed as a victory and a success for USSF President Cindy Parlow Cone, a former player who became head of the federation in March 2020.

Cone replaced Carlos Cordeiro, who quit after the federation made a legal filing that claimed women had less physical ability and responsibility than male counterparts.

“This is just one step towards rebuilding the relationship with the women’s team. I think this is a great accomplishment and I’m excited about the future and working together with them,” Cone said.

“Now we can shift the focus to other things, most importantly, growing the game at all levels and increasing opportunities for girls and women.”

USA striker Alex Morgan added: “It’s so gratifying to feel like we can start to mend a relationship with US Soccer that has been severed for so many years because of the discrimination that we faced. To finally get to this moment feels like we can almost sigh a breath of relief. “

USA Women have won four World Cups since 1985, while the men have not reached a semi-final since 1930.

Five American stars led by Morgan and Rapinoe began the challenge with a complaint to the federal Equal Employment Opportunity Commission in April 2016.

The sides settled the working conditions portion in December 2020, dealing with issues such as charter flights, accommodations and playing surfaces. They were scheduled to argue on March 7 before the 9th U.S. Circuit Court of Appeals in an attempt to reinstate the equal pay portion thrown out by a U.S. District Court.

“The settlement announced today is an important step in righting the many wrongs of the past,” the union for the women’s team said in a statement.

“While a labor contract remains to be reached and ratified to replace the deal that expires March 31, the settlement was an enormous step.”