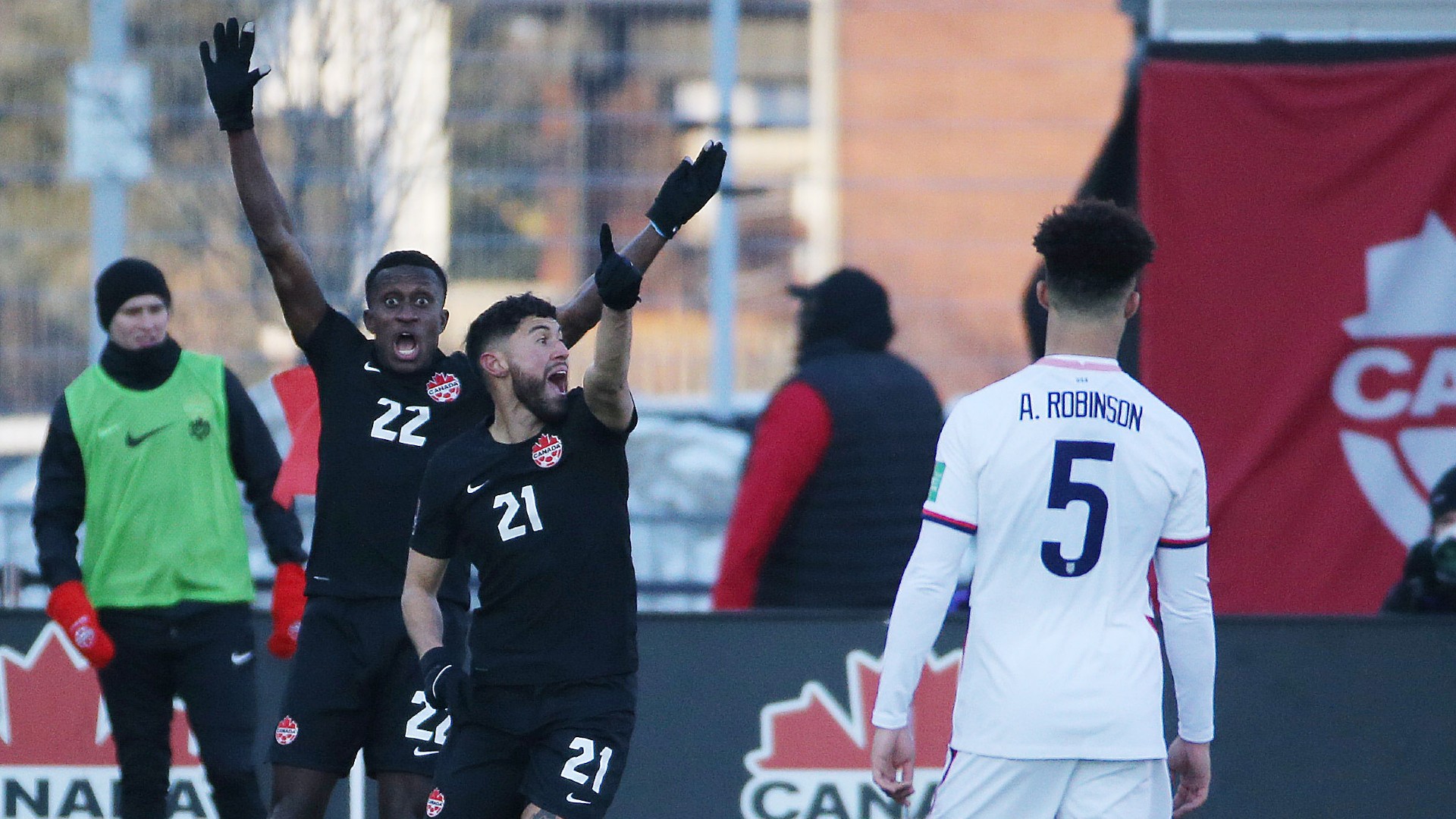 United States head coach Gregg Berhalter said the United States “dominated” the match against Canada, but after a 2-0 defeat, many USMNTs will not share the same takeaway.

On the road in CONCACAF World Cup qualifying in a hostile environment thanks to a raucous Ontario crowd and frigid temperatures, the United States flopped to a comprehensive defeat, beaten by a Canada side happy to sit back and absorb pressure before hitting with pace and venom on the counter.

The Canadians played their style in their home, and while defender Miles Robinson claimed nothing that the hosts did surprised the Americans, the United States still always looked a step behind.

MORE: Player grades for USMNT in loss to Canada

While the Canadians proved themselves the class of CONCACAF and moved to the brink of World Cup qualification, the USMNT still has work to do to secure a spot. In fact, a first-place finish is almost certainly out of the question, and the US could even fall adrift in third if Mexico tops Costa Rica.

What we learned from Canada vs. USMNT

Captain America has struggled the past few months at Chelsea, we all know that. Being asked to play different positions and earning only sporadic minutes has clearly taken a toll, that much was evident against El Salvador. But Pulisic is a highly talented player, and fans expected him to find a groove eventually.

The opposite has happened. Pulisic had a downright poor game against Canada, unable to produce anything electric in open play or anything even serviceable on set pieces. His one corner delivery to the head of Weston McKennie at the end of the first half was his only special moment of the match.

If the alarm bells were not blaring after El Salvador, they are now. There are plenty of theories about the mental, physical, tactical, or other factors that might be at play, but whatever the problem, it is evident that Pulisic is pressing. With just one more match on Wednesday before players fly back to their clubs to continue the season, Berhalter does not have enough time to sort out what is wrong or how to fix the player. That’s on Pulisic. Berhalter’s immediate goal will be to figure out his best way to attack Honduras, and that might not include the Chelsea man.

2. Canada is extremely CONCACAF, but in a fun way

While the United States has been fixated for years on building into an international competitor that can consistently battle Europe’s powers, Canada has simply focused on embracing CONCACAF. It worked, to perfection.

Les Rouges are a perfect encapsulation of how to be successful in the North American confederation, producing a winning combination of defensive prowess, counter-attack magic, and a bit of mucking-it-up when necessary. Jonathan David and Alphonso Davies take this cohesive unit to the next level with their world-class talent, but even without one or both, John Herdman has fostered a program built on unity and structure.

MORE: How Canada can qualify for the World Cup

While other inferior CONCACAF sides need to rely on a mix of fouls, yellow cards, and other shenanigans and gamesmanship, Canada has quality and enough pace and flair to justify its undefeated first-place standing in the table.

Who knows if it’ll work at the next level when the Canadians reach Qatar, but in the Octagonal, it has been quite literally unbeatable.

Head coach Gregg Berhalter was open about the lack of connectivity in his post-match press conference following the 1-0 win over El Salvador just days prior.

“I would not say this was our best game,” Berhalter said about that win over the Cuscatlecos. “I think that the ambition to play forward and get behind [El Salvador] was missing for the 90 minutes. We had it in spurts, but I think it could have been better. “Berhalter continued later,” I did not think our press was as connected as it needed to be, and you could see that we were away from each other for a while, the majority of the group. “

Those same themes cropped up against Canada, and while the El Salvador match could be explained away as a good performance lacking a finishing touch, against Canada the United States produced just 0.87 expected goals. There were precious few chances created, and only Weston McKennie’s header near the end of the first half tested Canada ‘keeper Milan Borjan at all. The Canadians bullied the US, putting the onus on a referee who was letting the teams play.

In his role as analyst for CBS’s Paramount +, USMNT legend Clint Dempsey crushed the United States at halftime for having a lack of urgency in the first half, and it did not improve at all in the second half. But it’s not just this game that lacked any venom from the USMNT, as the El Salvador match proved.

There is obviously a continuing chemistry and urgency deficiency that needs to be rectified, and whether that comes from personnel decisions, a tactical reconfiguration, or a new approach to training, something clearly has to change.