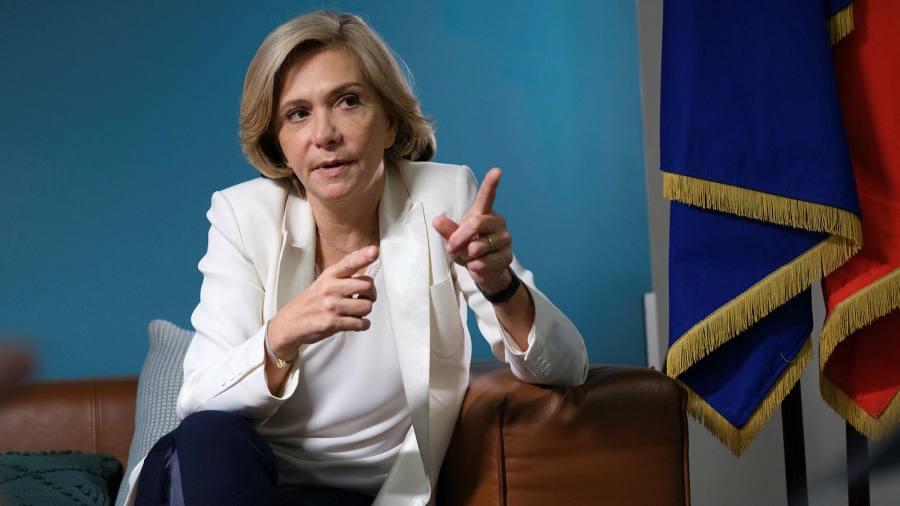 French presidential contender Valérie Pécresse has said people will have to work harder and the government spend less if she wins the April election and deprives Emmanuel Macron of a second term.

Pécresse, candidate of the conservative Les Républicains party, said in an interview that if she won she would impose stricter controls on immigration and immediately enact reforms to the economy, including to France’s costly pensions system. She also sharply criticized “French-bashing” by Boris Johnson, the UK prime minister.

Pécresse’s manifesto includes a pledge to start extending the retirement age from 62 to 65, and to cut the 5.6m strong civil service by losing a net 150,000 jobs in a public sector she called “bureaucratic and tentacular”.

“People are going to have to work more, and we’re going to have to spend less – and spend better,” said Pécresse, who has described herself as two-thirds Angela Merkel and one-third Margaret Thatcher. “I am the only one who perhaps has the courage to say it – and I do say it.”

Macron spearheaded his own reforms to liberalize the economy and help reduce high unemployment after he was elected in 2017. But the following year the president’s reformist drive was interrupted by anti-government yellow gilets protests and then in 2020 by the Covid-19 pandemic. He has yet to declare his candidacy but remains a favorite in opinion polls, which currently suggests that he would attract about 25 per cent of the vote in the first round on April 10 and defeat any contender in a run-off on April 24.

Behind him, three rivals are vying for the other place in the final round of voting: Pécresse, Marine Le Pen of the far-right Rassemblement National party, and Eric Zemmour, another far-right contender who rose to prominence for his diatribes against Muslim immigration and appearances on television talk shows.

A budget minister under Nicolas Sarkozy when he was president, Pécresse has tackled to the right as immigration and crime rose near the top of the agenda in the campaign, while support for leftwing and green candidates has been dwindling.

“We must bring back popular sovereignty,” said Pécresse. The 54-year-old chair of the Ile-de-France region, which oversees investments in education and transport in Paris and its suburbs, lamented what she portrayed as overly liberal government and judicial authorities. She promised a referendum on immigration policies, the introduction of quotas on migrants allowed to enter France and a crackdown on crime.

But she said she would not back a policy of zero migration and had a more optimistic vision for France than some of her rivals such as Zemmour, who has depicted a country in steep cultural and economic decline. “I do not consider that everything is complete disaster. I leave that discourse to others. But it’s time for a jolt, ”Pécresse said.

She said limits on migrants and a tougher stance on asylum seekers would also help lower the state’s welfare bill – part of a broader plan to find savings that would direct more money to health, education and crime. That would help chip away at France’s debt, which has reached 114 per cent of gross domestic product and is nearly double the EU pre-pandemic limit of 60 per cent.

Pécresse is the first woman to lead the LR – a party descended from the movement of Charles de Gaulle, Jacques Chirac and Sarkozy – and would become France’s first woman president if elected.

Although her market-friendly, supply-side policies are not dissimilar to those of Macron, she was critical of his record as president. He had “fractured” and “divided” France, had not been a team player and had scorned members of parliament and other elected officials, she said. 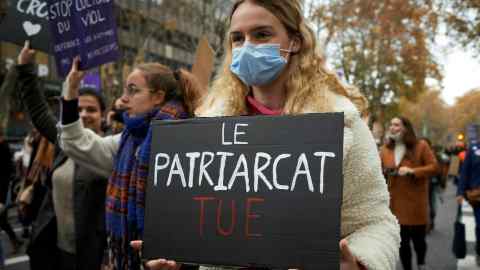 Pécresse accused him of “raiding the till” with pandemic relief and with pre-election spending to curry favor with voters hit by high energy prices. She said he had “zigzagged” on policy, for example by ordering the premature closure of nuclear power stations to meet environmentalists’ demands before reversing course on Thursday and announcing at least six new reactors.

Turning to the EU, Pécresse said she herself was treading a “third way” as both a French patriot and a European, while she depicted Macron as a federalist and Le Pen as a nationalist.

On the UK after Brexit, Pécresse accused Johnson of frequent “French-bashing” and petty provocations over everything from fishing rights to cross-channel migrants. He did this, she said, for domestic political reasons – “to try to unite the British people behind him” – despite the risk of damaging ties with one of his country’s most important allies.

“What I do not understand is why Boris Johnson takes the risk of sacrificing a long-term relationship between Great Britain and France that is extremely rich and extremely deep.”