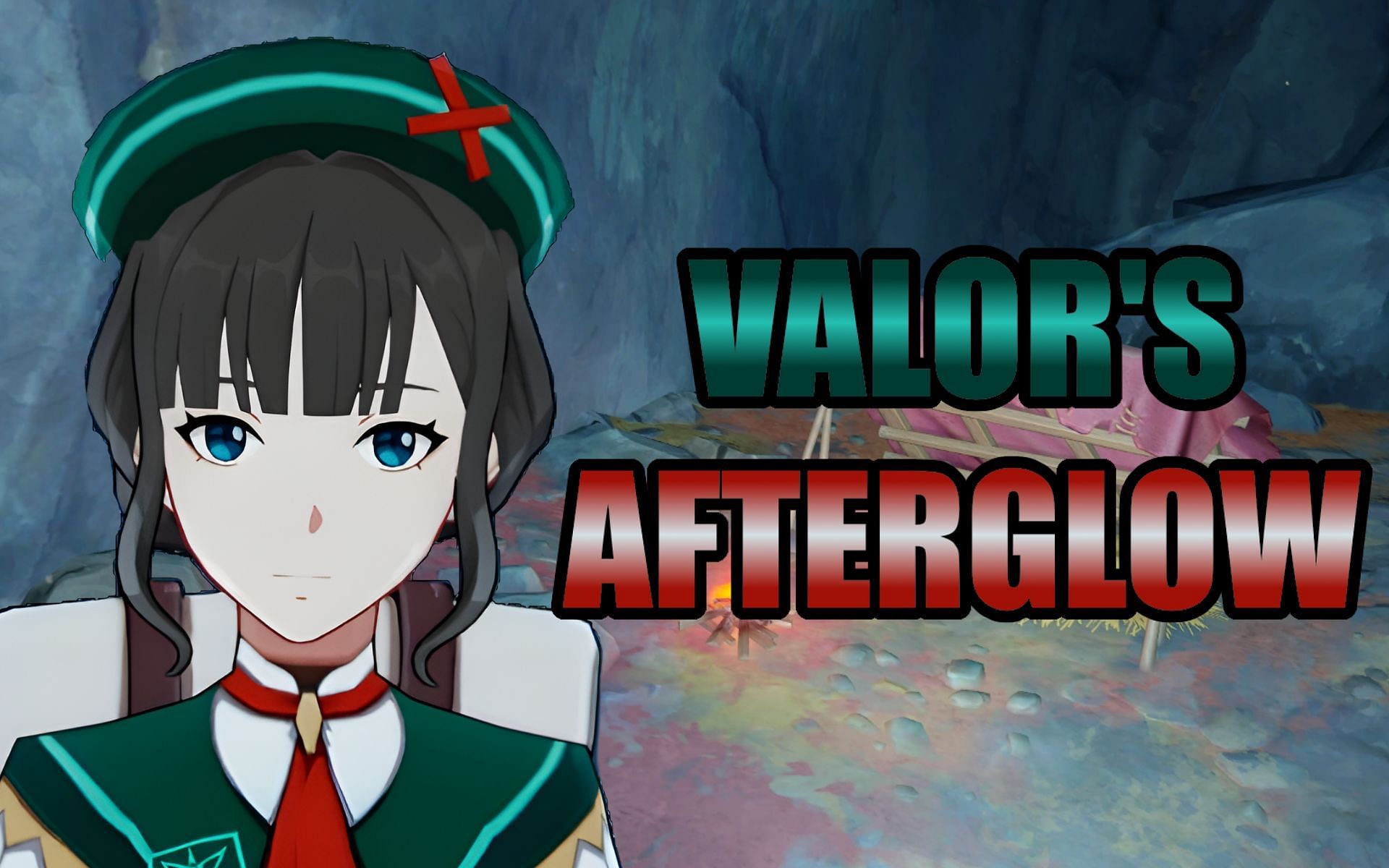 Valor’s Afterglow is a three-part quest series in Genshin Impact that involves the player waiting real-life days to complete it. There are currently three quests in total:

Once Genshin Impact players complete one quest, they must wait until the next Daily Reset to do the next one. This rule applies to both the second and third quests in this series.

Otherwise, the only major requirement for Travelers to consider is that they need to complete The Chasm Delvers quest series. Once they finish that long quest series, they need to wait until the next Daily Reset to start this quest chain.

The first quest requires players to talk to Zhiqiong, who is in the camp east of The Glowing Narrows. Thankfully, this quest is simple, as the main “hard” part of it involves the player placing measuring beacons across five different locations:

Although it might seem like the objectives give out a small area to search, the player only needs to go to where the blue diamonds are on the map. If Genshin Impact players go there, they will see small yellow glowing spots where they can place the measuring beacons.

Once that’s done, simply return to Zhiqiong and wait until the next Daily Reset.

Once the Daily Reset happens, players will get an objective that reads, “Talk to the distressed Jinwu.” Talk to her to find out that the Traveler needs to find Zhiqiong, who is apparently located near one of the measuring beacon sites.

However, Zhiqiong will always be in the one south of Stony Halls; Genshin Impact players do not have to bother with the other four sites.

Go there and defeat the nearby enemies. Afterward, talk to Zhioqiong and then to Jinwu. After that, give Zhiqiong some of Jinwu’s soup and talk to her once more. Wait until the next Daily Reset to do the third quest in the Valor’s Afterglow quest series in Genshin Impact.

Talk to Jinwu once again to get an objective related to talking to Muning about Zhiqiong’s departure. Muning is located on the overworld, north of Glaze Peak near the Teleport Waypoint.

After talking to him, Genshin Impact players will now officially be done with this quest series and should have gotten 80 Primogems through all three quests.

Travelers can get an achievement for finding Zhiqiong’s Letter in her camp, which is west of The Glowing Narrows (shown in the above image). Some players may need to wait until the next Daily Reset to get it and the Frostglaze Crystal. They can also talk to Jinwu afterward for some extra dialogue.

Q. Do you hope to see Zhiqiong again?