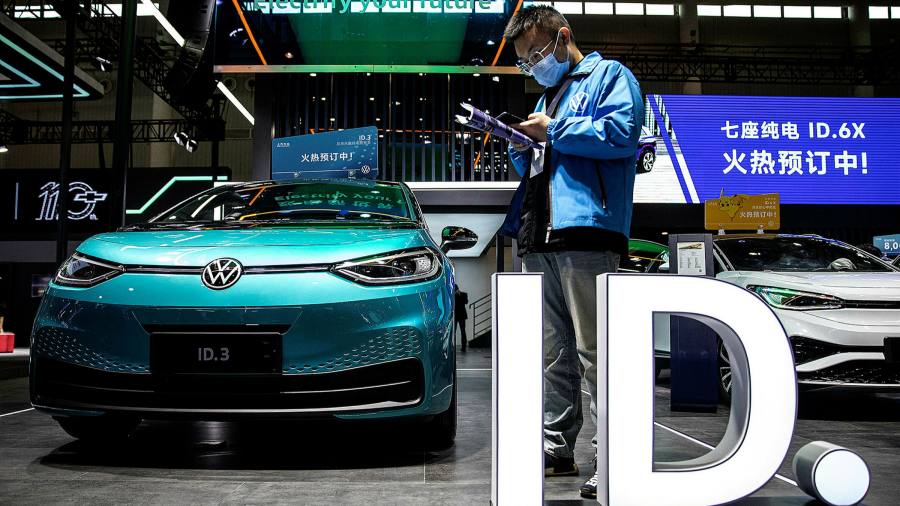 Volkswagen’s sales in China slowed significantly in the first three months of the year, as renewed Covid shutdowns and persistent supply chain disruption hit production in its largest market.

Deliveries in China fell by almost 24 per cent in the three months to the end of March, which VW said was because of “ongoing global structural semiconductor bottlenecks and pandemic restrictions in various cities across China since the beginning of the year”.

VW brand Porsche, which the group hopes to partially float later this year, suffered a 20 per cent drop in China deliveries.

The latest VW figures come after the Covid lockdown in Shanghai was widened to include nearby Kunshan, where several key electronics manufacturers are based. An estimated 45 cities and 370mn people in China are under full or partial lockdown as coronavirus cases mount.

VW has been directly affected by outbreaks in Changchun and Shanghai, the locations of its joint ventures in China, while a fifth of its dealerships in the country were forced to close in March because of the virus.

That situation has meant that VW is “temporarily unable to meet high customer demand”, China boss Stephan Wöllenstein said, adding that he hoped VW would “be able to make up for the delay in production in the coming months”, once the economy reopened .

VW missed its target of selling between 80,000 and 100,000 of its new ID electric vehicles in China last year, blaming the shortage of semiconductors.

VW, the second-largest carmaker in the world by volume, also had a 15 per cent slowdown in sales in western Europe, and a 19 per cent drop in North America. Nonetheless, the company has reported a provisional operating profit of around € 5bn in the first quarter of the year, excluding special items, compared to € 4.8bn in the same period in 2021.

An additional € 3.5bn in paper profits was made largely from commodity hedges that proved beneficial to VW as prices soared.

But it warned that “the effects of the further course of Ukraine war still can not be predicted with sufficient certainty” and that there was a risk that the conflict, as well as supply chain and semiconductor bottlenecks, would “have a negative impact”.

It is expected to publish full quarterly figures in early May.

The Trade Secrets Newsletter is the FT’s must-read email on the changing face of international trade and globalization. Written by FT trade specialist Alan Beattie, it is delivered to your inbox every Monday. Sign up here