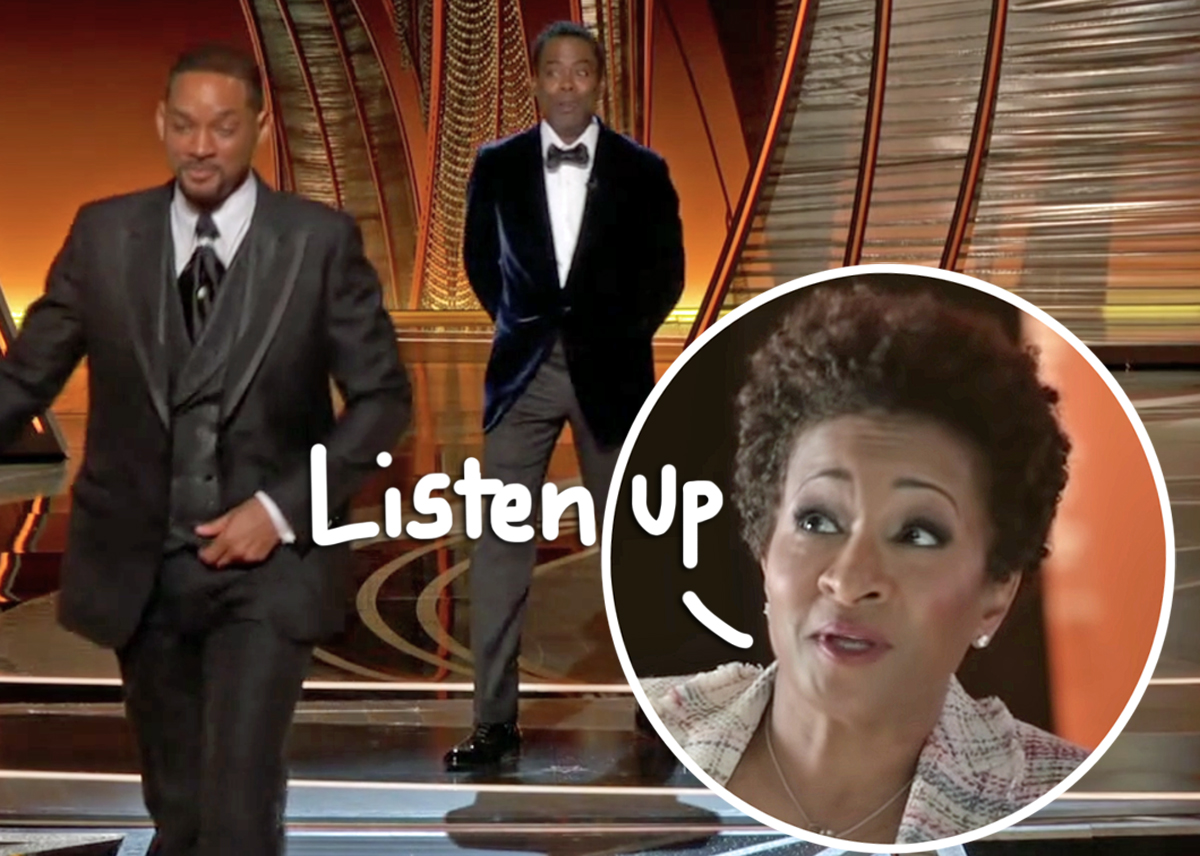 More and more stars are opening up about Will Smith‘s fight with Chris Rock during the Oscars on Sunday night – including one of the evening’s hosts!

Wanda Sykeswho co-hosted with Amy Schumer spirit Regina Hallreleased a statement to People on Monday night following the shocking slap. Rather than call out anyone by name, the 58-year-old chose to speak on the physical aspect of the altercation instead of the people behind it – though her statement does pin the blame on one specific individual! She told the outlet:

“Violence is never the answer.”

So, so true. And it’s pretty clear who she’s condemning for the situation, too, considering she only commented on the violence and not the history that may have led to the slap.

Related: Will Smith Called Out After Fans Unearth Clip Of Him Making Fun Of Bald Man

As most know by now, the King Richard star stormed the stage after Rock, who was presenting the award for Best Documentary, made a GI Jane joke about Jada Pinkett Smith‘s shaved head. After slapping the stand-up comedian, Will returned to his seat and yelled:

Despite the violent outburst, the 53-year-old stayed in the audience for the rest of the evening and even took home the Best Actor award. While he seemed to go about his normal plans after the ceremony, almost everyone else has had a harder time processing the moment.

Co-host Amy released a statement on the incident via Instagram Wednesday morning, sharing that the slap has caused her to feel “triggered and traumatized.” She also showed public support for her friend Chris, saying:

“I love my friend @chrisrock and believe he handled it like a pro. Stayed up there and gave an Oscar to his friend [Questlove] and the whole thing was so disturbing. So much pain in @willsmith anyway I’m still in shock and stunned and sad. Im proud of myself and my cohosts. But yeah. Waiting for this sickening feeling to go away from what we all witnessed. ”

At this time, Regina is the only co-host who has yet to speak on the controversy.

The Fresh Prince of Bel-Air alum has stayed fairly quiet since the incident, but he did post an apology to the Academy of Motion Picture Arts and Sciences and Chris, writing in part:

“Violence in all of its forms is poisonous and destructive. My behavior at last night’s Academy Awards was unacceptable and inexcusable. Jokes at my expense are part of the job, but a joke about Jada’s medical condition was too much for me to bear and I reacted emotionally. ”

The 57-year-old Madagascar voice actor has not discussed the incident publicly, but he is expected in Boston Wednesday night to perform a few comedy shows. It’ll be interesting to see if he addresses the slap at all!