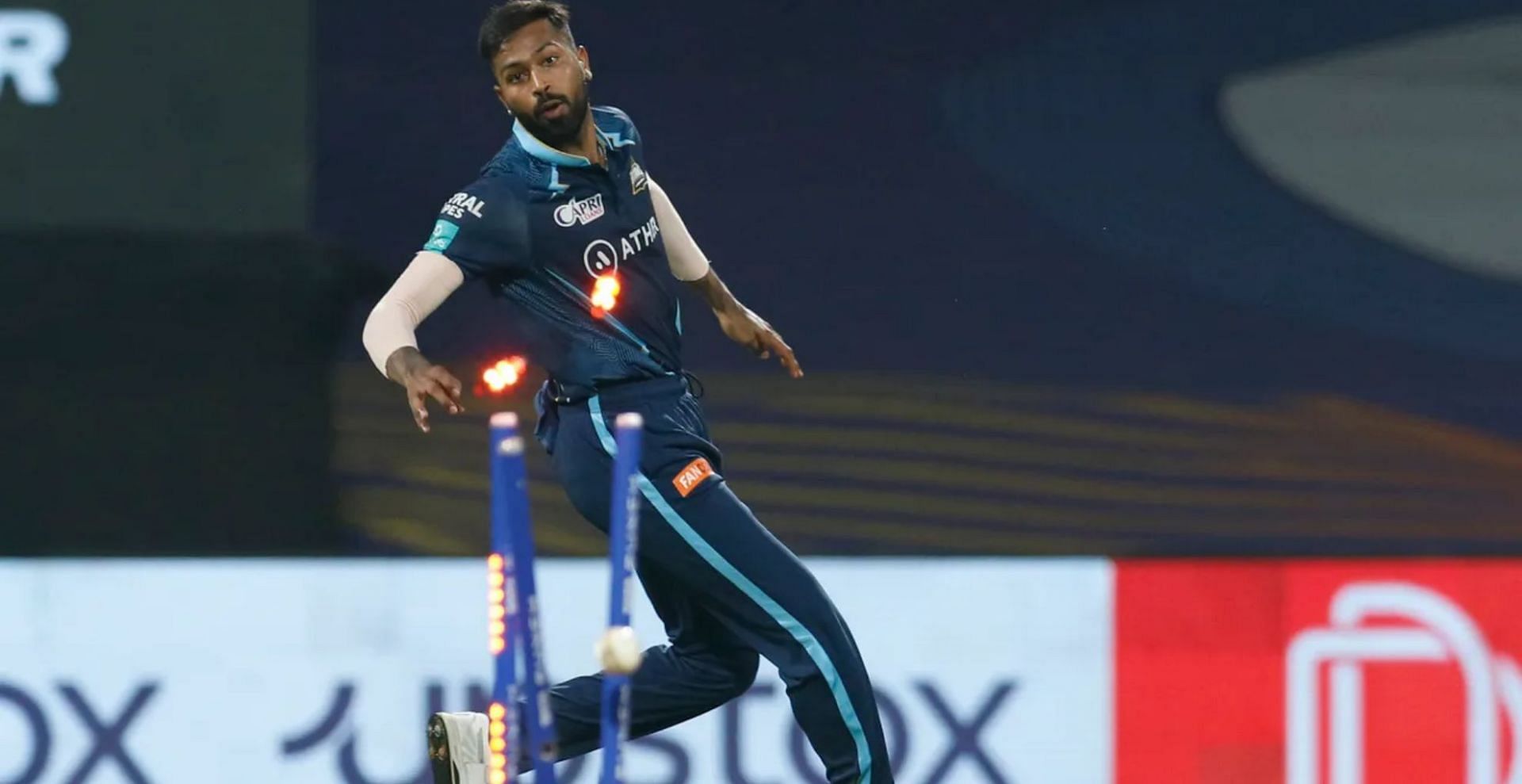 Everything Hardik Pandya is touching today is turning to gold. His Gujarat Titans team took on the Rajasthan Royals on Thursday, April 14. After an outstanding effort with the bat, the all-rounder produced a stunning effort in the field to run out Rajasthan Royals captain Sanju Samson.

The incident took place in the eighth over of the match when Samson played a drive straight to the mid-off fielder and attempted a single. Pandya, who is known for agility on the ground, was quick to pounce on the ball and unleashed a bullet throw.

The 28-year-old all-rounder hit the bullseye to catch his counterpart short of the crease. Sanju Samson could only muster 11 runs at a strike rate of 100 before Hardik’s throw broke the stumps into two halves.

Meanwhile, Rajasthan Royals got off to a flying start in the pursuit of the193-run target with Jos Buttler dealing with boundaries. However, debutant Yash Dayal pulled the strings, getting Devdutt Padikkal out for a first-ball duck in the second over.

To everyone’s surprise, Ravichandran Ashwin came out to bat at No.3, a move that did not reap rewards. David Miller plucked on to a brilliant catch to end Ashwin’s stay in the middle before Lockie Ferguson produced a slower yorker to knock off Buttler in the same over. By the time the Englishman got out, he had already scored a 24-ball 54 to set the Rajasthan innings rolling.

However, RR could not get going since then, losing wickets at regular intervals. Shimron Hetmyer tried his bit with a 17-ball 29 but lacked partners at the other end. Rajasthan eventually managed 155/9 in their 20 overs, losing the match by 37 runs.

The GT captain has thrived on leadership responsibility and has gotten better with each passing game. Batting at No.4, Hardik led the team from the front every time his side lost a couple of wickets at the start.

The Titans were reeling at 53/3 after being asked to bat first. While everyone sensed a batting collapse, Pandya inspired his side with a 52-ball 87 run knock, which included eight boundaries and four sixes.

He forged an 86-run stand with Abhinav Manohar for the fourth wicket before adding a 53-run blitz off just 23 balls alongside David Miller to guide Gujarat to 192 runs. The total was enough to seal a 37 run win.