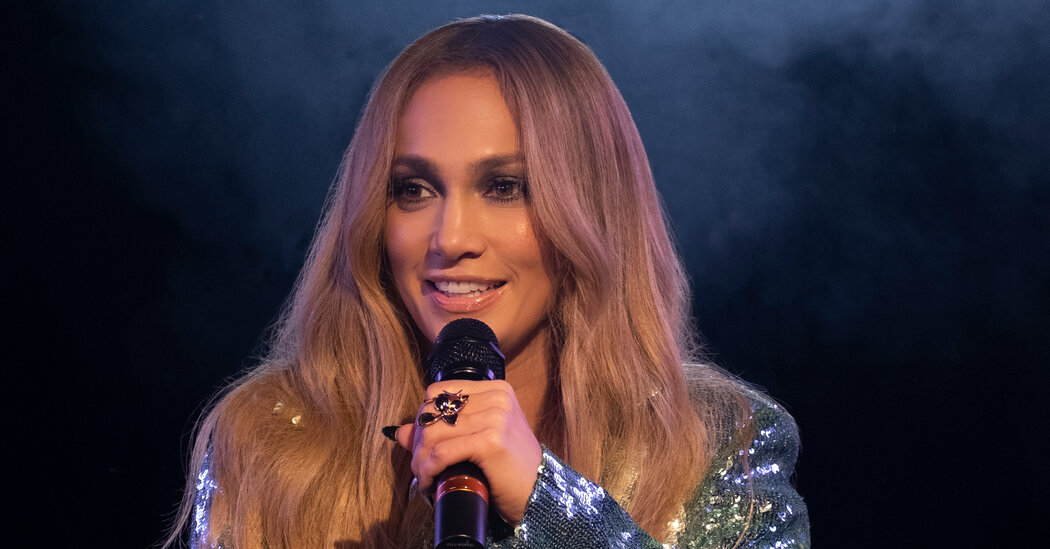 “Hi. I’m Kat Coiro, and I’m the director of Marry Me. At this point in the story, Kat Valdez, played by Jennifer Lopez, and Charlie Gilbert, played by Owen Wilson, have come together and had some really beautiful moments together, developed an intimacy and a closeness that they’re both feeling pretty good about when Bastian, played by Maluma, approaches Kat about playing at Madison Square Garden, and not playing just any song but playing a ballad version of ‘Marry Me,’ which is the song that they were going to play at their original public wedding. Charlie is very supportive of Kat and her career and wants to support her, but at the same time, he’s terrified at the idea of ​​her and Bastian doing something that’s going to bring them very close. ” “Crowd’s going bananas.” “I know.” “Well, I would not say bananas, but—” [MUSIC PLAYING] “(SINGING) I’d never seen forever. I’d never seen forever in the world. But now I’m looking down. I’m looking inside. ” “It was really important to me in this scene that it be the biggest event of the film, just from a spectacular point of view. We’ve spent all these little quiet, intimate moments with Kat— JLo— and Charlie— Owen— and now her big, gigantic, superstar life is rushing back into that world. ” “(SINGING) Marry me. Marry me. Say yes. Marry me. Marry me. Say yes. ” “And so having her rise up out of the floor onto the stage in front of 20,000 real fans was really important for just making Charlie feel like he could never be a part of that world, like he does not fit in an elemental way . ” “(SINGING) They never— no, they never. This forever, ever, ever, ever, ever. And nobody does it better, better, better. ” “We were shooting the film on a budget, and we did not have within our means the ability to shoot in a big arena. And it just so happened that Maluma was doing a concert at Madison Square Garden during the week of our prep for the film, and so we worked with his team and asked if we could basically piggyback on his concert to make this sequence come together. So the way it ended up working was while they were loading in, we took our cameras and went into the empty Madison Square Garden and filmed Jennifer and Maluma performing the song. And then when his concert went underway, at one point in the middle, you know, he put on his Bastian costume, and we had Jennifer rise up out of the stage, and we had our steadicams on the stage with her. We had all our cameras in the audience. And so when you watch the film and you see the audience reacting, that is Maluma’s actual audience reacting to Jennifer’s surprising them. And we did it three times. Then they actually launched into a song together that was similar tempo and similar choreographywise but was an existing song because we obviously could not leak our song that early on. And so we filmed them singing this other song, and so we were able to use a combination of both what we filmed before the concert started and what we filmed during the concert. ” [VOCALIZING] [APPLAUSE]