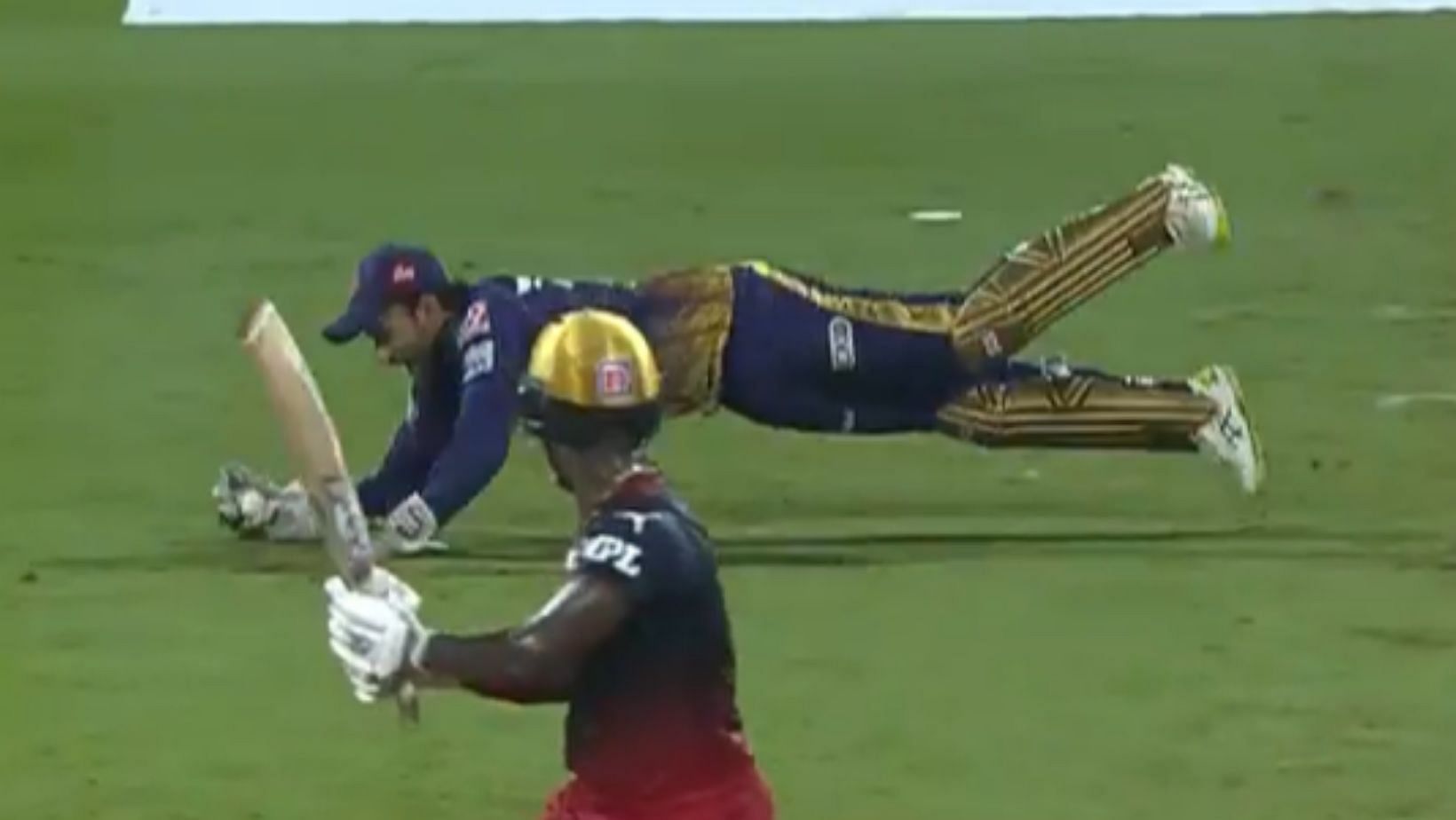 He may have failed to display his batting skills on Wednesday evening, but Kolkata Knight Riders (KKR)’s Sheldon Jackson showed just how good a wicketkeeper he is. His stunning, one-handed, diving catch against Royal Challengers Bangalore (RCB) was one of the moments of the match.

It all unfolded on the second ball of the 18th over of the second innings, with RCB at 107/5, chasing 129. Tim Southee bowled a quick ball on a good length and Sherfane Rutherford, batting patiently on 28, went for a wild slog .

The ball took the under-edge and went fast to Jackson’s right. It’s difficult to judge the direction in such cases but the gloveman was alert. He dived quickly to his right and plucked the ball centimeters above the grass, with one hand.

It would give the 35-year-old a much-needed boost after his first-ball duck in the first innings.

Sheldon Jackson’s magic moment is not enough to stop RCB

Jackson’s catch and Rutherford’s wicket came at the right time for KKR, taking the equation to 18 runs required off 15 balls for RCB. But Wanindu Hasaranga (4 off 3), Dinesh Karthik (14 off 7), and Harshal Patel (10 off 6) held their nerves and won it for RCB.

KKR once again felt the lack of a specialist death bowler. Even though Tim Southee did his job to perfection, Andre Russell struggled. Shreyas Iyer and co. will also want to look at the shot selection of the batters, including the captain himself.

While the bowlers were exceptional in dewy conditions, they might not be able to defend similar small targets so doggedly against more settled batting lineups.

RCB will be happy to get points on board after their heartbreak against Punjab Kings on Sunday. Despite the confidence boost, they’ll feel they still have some polishing to do in all three departments to have a chance of making it to the qualifiers.