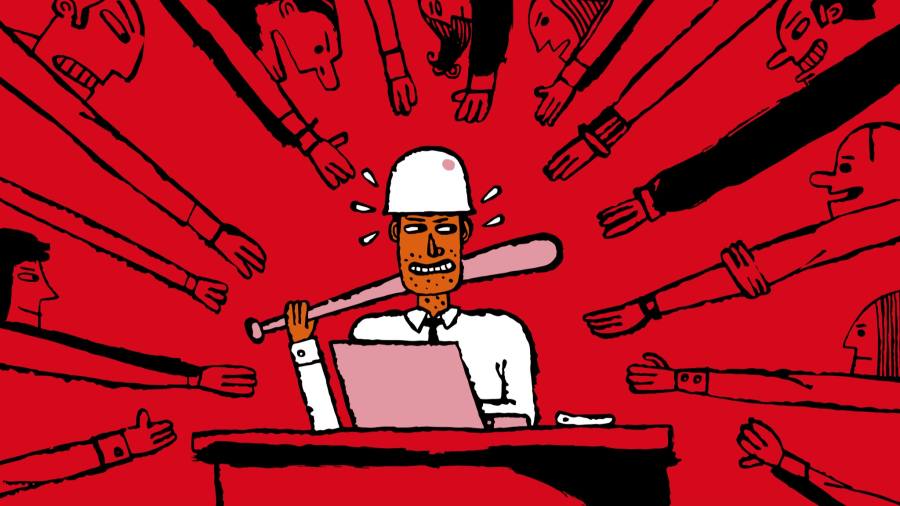 In Spain, it has triggered lawsuits. In Canada, it has excited office workers. In Australia, it has rattled officials, and in the UK, it annoys union leaders.

The reason for this widespread frustration? The ever-increasing prevalence of hot-desking in a pandemic that threatens to make the personalized, assigned desk an increasingly rare commodity.

Warm or shared desks have been high on workers’ hate lists ever since they began their insidious slide into corporate life more than 20 years ago.

Not surprisingly, people did not like the dullness of capsizing their colleagues to find a desk that needed adjusting and made you feel like a worthless cog.

Not much has changed. Last week, when a LinkedIn survey asked if people liked hot-desking at work, 75 percent of respondents clicked “no.”

An even larger proportion of UK office workers expressed the same view last year in a university survey, which also suggested that the idea that people grow to like hot-desking over time is nonsense.

Still, the demand for “flexible workspaces” is on the rise. A report by the JLL real estate group this month says 37 percent of organizations globally have post-pandemic plans to increase their use of co-working or flexible space.

Some have already begun. Envoy, a software group that makes an app you can use to book a hot desk, says desktop reservations increased by as much as 60 percent a month last year.

You may be wondering why employers would introduce such a proven misery agent in a time of chronic shortage of workers from San Francisco to Sydney. Yet even a lifelong disgust of hot desk like me can see why this is happening. 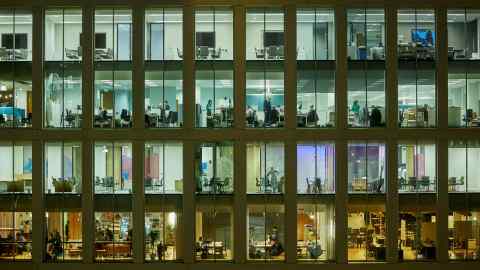 Before Covid, office buildings in big cities were so expensive that underutilized space cost companies an estimated £ 4 billion a year in London alone.

Now the same companies are introducing hybrid work so people can work some days at home and some in the office, which is exactly what most employees say they want.

But if much of a workforce only comes into the office two or three days a week, it leaves a lot of underutilized space. Go into the hot desk with predictable results.

A Spanish company trying to share the desk ended up in court last year after unions protested what they claimed was a serious change in working conditions.

That claim was rejected, but it may not be the last.

Employees in Canada are reportedly saddened to return to work to find that they need to use an app to reserve a hot desk in hybrid workstations. The same view has upset government workers in Canberra. In London, union leaders say hot-desking has undermined the minister’s injunction requiring officials to return to office because there are now fewer desks than staff.

I sympathize. Pre-pandemic was too much hot-desk carried out by thoughtless cost-savers who ignored the cost of alienating and wasting staff time.

But Covid has made me think again. First, because the increase in telework makes the cost of unused office space a major problem.

Also, when I’ve returned to my old, assigned Financial Times counter between the shutdowns, the experience has not always been ideal.

My area has sometimes been so devoid of bodies that I might as well have stayed home. Sometimes I hot-desked voluntarily, just to be closer to colleagues, which was the main reason I was there. Granted, my desk is in a particularly remote wing of the building. But in a hybrid set-up, I can see that this could be a common dilemma.

There is a kind of answer. If shared desks and chairs are easily adjustable, easy to reserve, close to generous storage space and generally better organized, hot-deking can become more popular.

But it will not be free. Having your own desk is not only more practical and ergonomically sound. It is a sign that you are valued and belong to an organization. Once that goes, so does a degree of loyalty to the company.

At a time when the pandemic has stretched organizational ties to once unimaginable lengths, I suppose it would still be best to keep the idea of ​​the hot desk on ice for as long as possible.