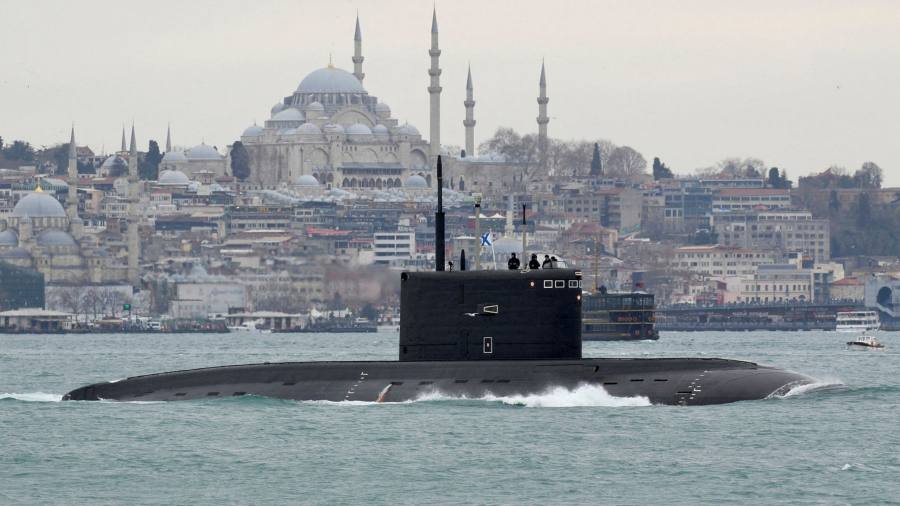 The writer was commanding general of the United States Army Europe, 2014-17

It’s time for us, the west, to regain the initiative in the greater Black Sea region and to get the Kremlin worrying about what we are doing, rather than waiting to react to what they are doing. In this respect our relationship with Turkey, a Nato ally, is vital.

Over the past few years, most discussions about Ukraine’s security have taken place as if this country located in the heartland of Europe were an island. Controversies over whether or not to supply the Ukrainian armed forces with Javelin missiles or Stinger air defense systems reflect this confusion. But Ukraine’s strategic importance is because of where it sits on the map – on the north coast of the Black Sea, an area which is of strategic interest to us as well as to Russia.

Under Catherine the Great, the tsarist empire seized the Crimean peninsula in 1783. The aim was to give Russia a year-round warm water port on the Black Sea. Because of Crimea’s proximity to the Turkish Straits, Russia gained an outlet to the Mediterranean and, beyond, to the world’s oceans.

We need a strategy for the greater Black Sea region that includes repairing our unhealthy relationship with our Turkish ally. Turkey gives the west its greatest potential leverage in the current crisis – namely, sovereignty over the Turkish Straits, via the 1936 Montreux Convention.

Doing so would shock Russian military commanders and force them to consider the wider implications of their assault on Ukraine. However, Turkey would need to feel like an essential western ally in the region, not simply a partner for our convenience.

On Saturday, a senior Turkish official denied that Turkey had closed two key waterways to Russian warships, saying that Ankara is still evaluating its response to a plea from Kyiv to do so.

But were Turkey to accede to that plea, we would have to undertake a concerted diplomatic effort to build confidence in our Turkish allies that they would not be left alone when, as one can safely predict, the Kremlin strike back. In short, it’s time for Turkey-USA 2.0 – a carefully planned process of rebuilding trust between Washington and Ankara. A good first step would be to immediately cease giving weapons to the YPG, a Syrian Kurdish militia. Turkey considers the YPG to be linked to the PKK, or Kurdistan Workers’ party, an organization fighting in south-eastern Turkey and northern Iraq that is classified as terrorist by the US and EU.

We have other near-term options that could make a difference to Moscow’s calculations. For starters, we need to exert relentless diplomatic and economic pressure on Russia. The Kremlin’s all-out offensive on Ukraine does not have to signal the end of diplomacy. In fact, the Biden administration deserves credit for a comprehensive effort that may yet yield results. However, a second point is that we need to implement severe sanctions that will communicate clearly to Russia that it, not Ukraine, will become an “island” in the world.

Finally, we need to arm Ukraine, giving it the capability to strike the illegal Kerch Strait bridge and threaten the Russian naval base at Sevastopol. We should consider a quarantine of Russia’s naval base at Tartus in Syria and challenge Russia in international waters and airspace over the Black Sea. In all these ways we can regain the initiative that we allowed Moscow to seize.

Tech’s latest IPOs fall, with Robinhood, Rivian, UiPath down over 70%

Rivian electric trucks are seen parked near the Nasdaq MarketSite building in Times Square on November 10, 2021 in New York City.Michael M. Santiago | Getty ImagesTech stocks have gotten hammered across the board in 2022. The downdraft has been...

The Federal Reserve on Wednesday raised its benchmark interest rate by half a percentage point as the most aggressive step yet in its battle against generational highs in inflation.Along with the move higher in rates, the central bank indicated it...