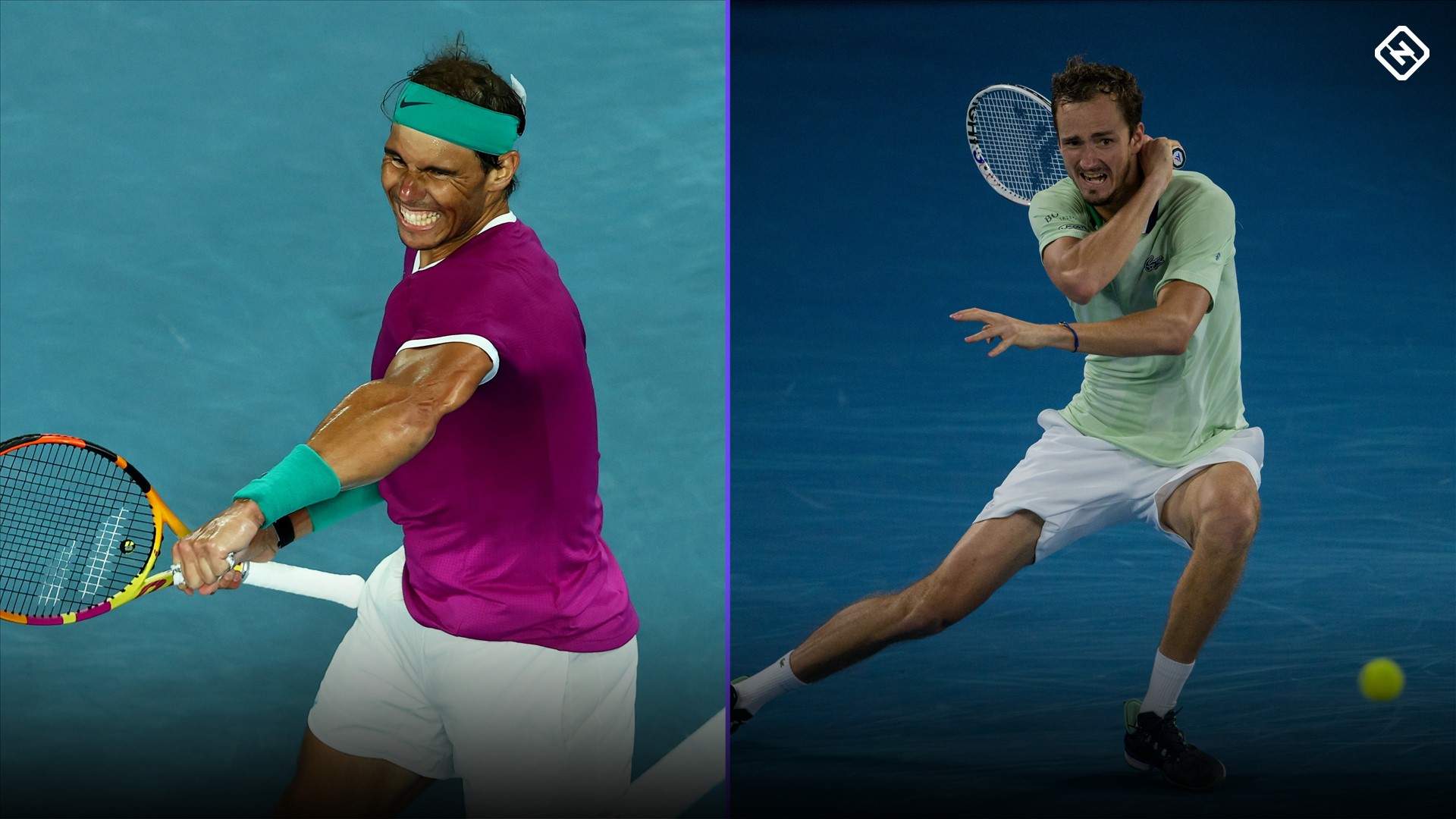 Rafael Nadal will face Daniil Medvedev in the 2022 Australian Open final on Sunday at 3:30 am ET. The match will be televised by ESPN.

Nadal, who defeated Matteo Berrettini in the semifinals, is seeking a record-setting 21st Grand Slam singles title. He is making his sixth appearance in the Australian Open final, but has lost four finals in a row there since winning his lone title Down Under in 2009.

Medvedev defeated Stefanos Tsitsipas in the semifinals. He is making his second consecutive final appearance in the Australian Open, having lost to Novak Djokovic last year. In that match, Medvedev became the first Russian man to reach the Australian Open final since Marat Safin in 2005.

This will be the fifth meeting between the 35-year-old Nadal and the 25-year-old Medvedev. Nadal has won three of those matches, though Medvedev took the last meeting at the 2020 Nitto ATP Finals in Great Britain.

MORE: Australian Open prize money: How much will the winners make in 2022? Purse, breakdown for field

Here’s everything you need to know about Sunday’s match.

What channel is Rafael Nadal vs. Daniil Medvedev on?

Sunday’s Australian Open final between the sixth-seeded Nadal and second-seeded Medvedev will be shown on ESPN in the United States. The match will be replayed on ESPN2 beginning at 9 am ET. Fans in Canada can watch on TSN3 and TSN4.

For those who want to stream the matches, ESPN3 and ESPN + through the ESPN app will provide access along with fuboTV, which offers a seven-day free trial. In Canada, live stream access will be available on TSN.ca or the TSN app.

Nadal Vs. Medvedev is expected to start at 3:30 am ET.

What is the prize money for the 2022 Australian Open winner?