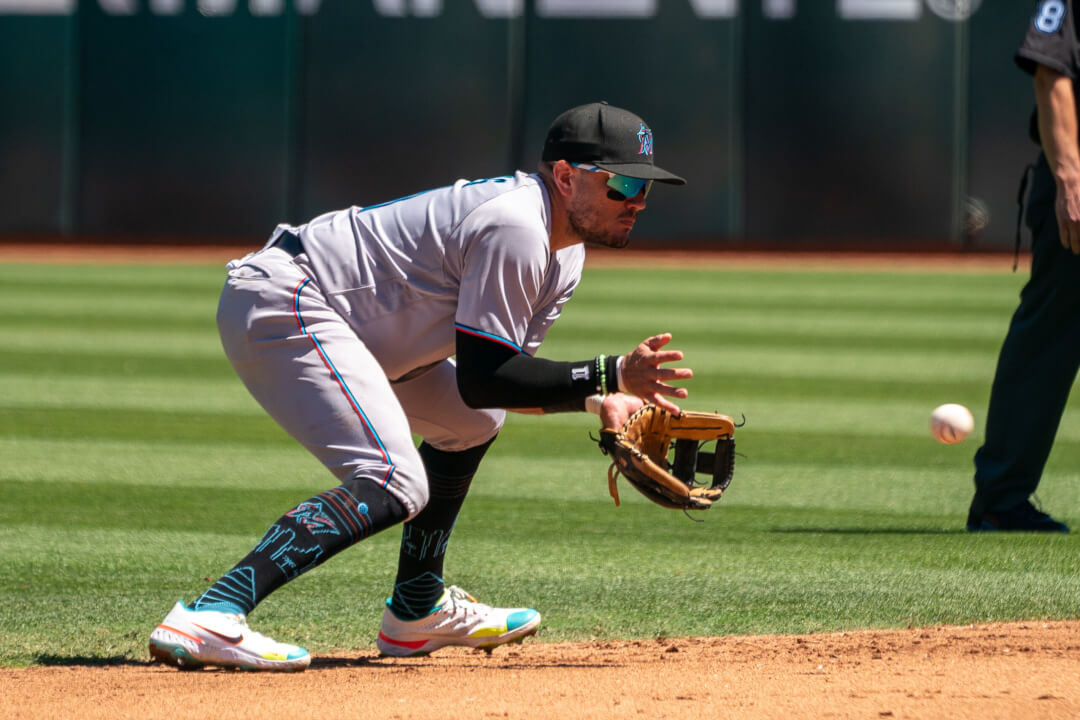 For the baseball player, its going to be hard to beat these gifts this holiday season.

One of the first turfs in a while that you could wear anywhere, even off-field, and still have the nicest shoes there.

The Porsche 911 of baseball cleats, in my opinion, and much less bulky looking than past Trouts. More along the lines of the classic Trout 1, and I like that.

If Bo Jackson was 9 years old today, he’d be wearing these.

Doesn’t get much prettier than this wingtip with gold & red trim, and it’ll look great in Christmas pics.

The claw design of the PRO31 pattern just looks like it makes plays. I can’t help but love these infield gloves and its such a simple, yet still swaggy design.

The Marcus Stroman closed back with the James Kaprelian web — absolutely killer combo from the Rawlings/Dick’s Glove of the Month series. This is a glove you buy a pitcher that he can wear for the rest of his life.

Another PRO31, but even more wavy.

According to our “Best Outfield Gloves for Every Budget” post, “The Prime Elite is a steerhide model that feels smooth and provides good durability for the price.”

Here’s a guaranteed way to get on TV at a ballgame.

Rawlings sneakily dropped a new REV1X on Dick’s, and that its a more subdued colorway is key for those focused on its performance benefits. Check out our video feature on the REV1X’s inception.

Cal Ripken / A-Rod / Tulo would be proud to see you rocking one of these classics. Baseball Express is even offering the A-Rod model (RV23); Jeter’s too, but Jeter didn’t wear the Horween.

Nolan Arenado told me way back that his Old Hick was basically a combo of the two most balanced bat models (271 / 141), and ever since then, I’ve wanted to swing it. Old Hickory backs that up with their description at the link above.

This year, two of the best hitters in the game, namely the NL MVP, Paul Goldschmidt and the 2nd runner up, Nolan Arenado, started using a strange-looking bat. It has a “puck knob” which is basically an elongated knob that brings the balance point of the bat closer to the hands. In other words, a more endloaded (bigger) barrel will feel easier to swing with a puck knob.

Marucci, Goldschmidt, and Arenado developed this innovative new model during the offseason and they both switched out of long-time favorites in favor of the puck knob. With that success, expect a number of players to start turning up with these odd-looking bats, maybe even me.

Step into the box against real pitchers in the comfort of your living room. Who wouldn’t want to face Verlander (if there was no threat of getting drilled in the ribs)?

Custom Numbered Arm Sleeve (USE CODE blackfriday thru 11/27 for 25% off, their best discount ever)

Simply the most affordable custom swag on the market today at only $30. Jeremy Pena was wearing the white microfiber style when he hit his ALCS-winning homer, and Miggy Rojas wore them all year in a multitude of colors.

I have to mention this release, which happens on 12/1 at Nike.com and at Dick’s on 1/1. First round will be extremely limited, and what I’m hearing is $600 (not including the mask).

On the same day (12/1) as the catcher’s gear release, so will a batch of the much sought-after Nike SHA DO gloves. I’m working on more details on that one, so follow us on IG or subscribe to our newsletter for more details in the next few days.

Let the calves eat, but do it tastefully.