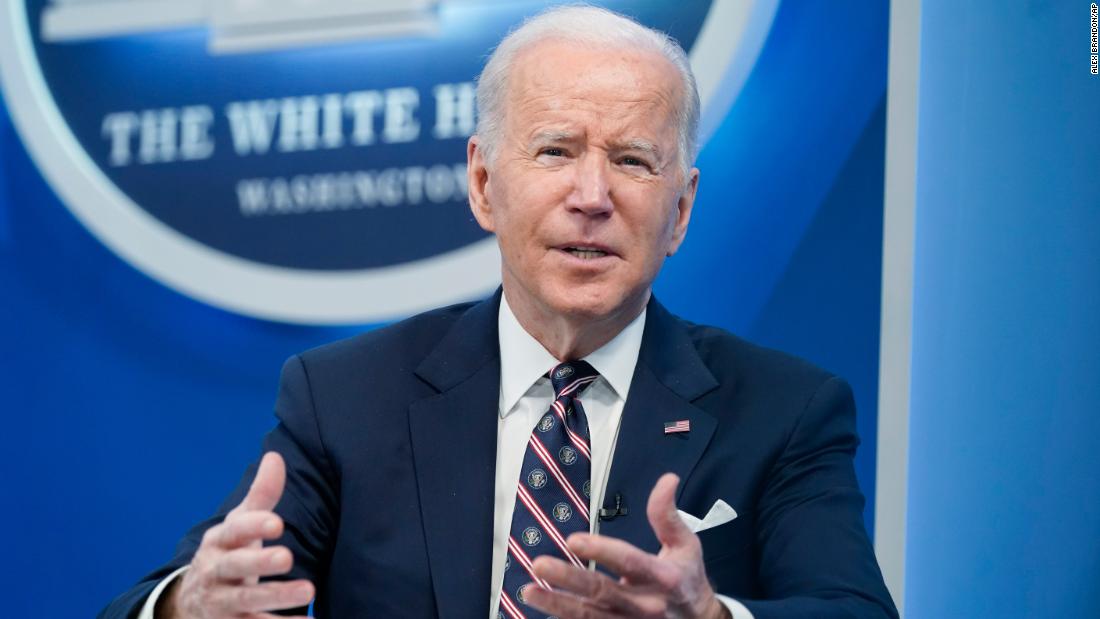 The speech comes amid the biggest military crisis in Europe since the Cold War as Russia continues its assault on Ukraine after launching an unprovoked attack on the nation. It also comes amid record inflation and spiking consumer prices, and as many Americans feel fatigued during a pandemic that has stretched into its third year.

Biden’s remarks will provide an opportunity to tout his achievements from the first year of his administration – including the national vaccination program, the Covid-19 relief law and the bipartisan infrastructure law – while also addressing the challenges the nation is facing and lay out what comes next. The President is facing some of the lowest approval ratings of his presidency just months before midterm elections that will decide which party controls Congress. The speech could help give the President and Democrats a boost and provide some momentum heading into campaign season.

The address to Congress comes days after the President put forward his first Supreme Court nominee. If confirmed by the Senate, Ketanji Brown Jackson would make history as the first Black woman to sit on the nation’s highest court.

Here’s what you need to know about how to watch the President’s speech.

What time is the President’s speech?

Biden will deliver his remarks at 9 pm ET.

Where can I watch it?

CNN’s coverage of the State of the Union Address and Republican Response will stream live, without requiring a cable log-in, on CNN.com’s homepage and across mobile devices via CNN’s apps for iOS and Android on Tuesday, 8 pm-12pm ET. It can also be viewed on CNNgo (at CNN.com/go on your desktop, smartphone, and iPad, and via CNNgo apps for Apple TV, Amazon Fire, Android TV, Chromecast and Roku).

Who is delivering the Republican response?

Reynolds has drawn national attention and sparked controversy for her handling of the Covid-19 pandemic. Some of those moves include signing legislation into law that blocks mask mandates from being implemented in K-12 schools and prohibits cities and counties from requiring facial coverings in businesses. The governor also signed a bill into law last year that grants unemployment benefits to those who lose their jobs because they refuse to get vaccinated against Covid-19.

Will members of Congress be able to attend the speech?

Yes. All members of Congress have been invited to attend the State of the Union, which is a change from last year when only a limited number of lawmakers were allowed in the House chamber because of the pandemic.

Masks will also be optional for lawmakers. The US Capitol’s attending physician said Sunday that masks would be optional on Capitol Hill starting Monday.