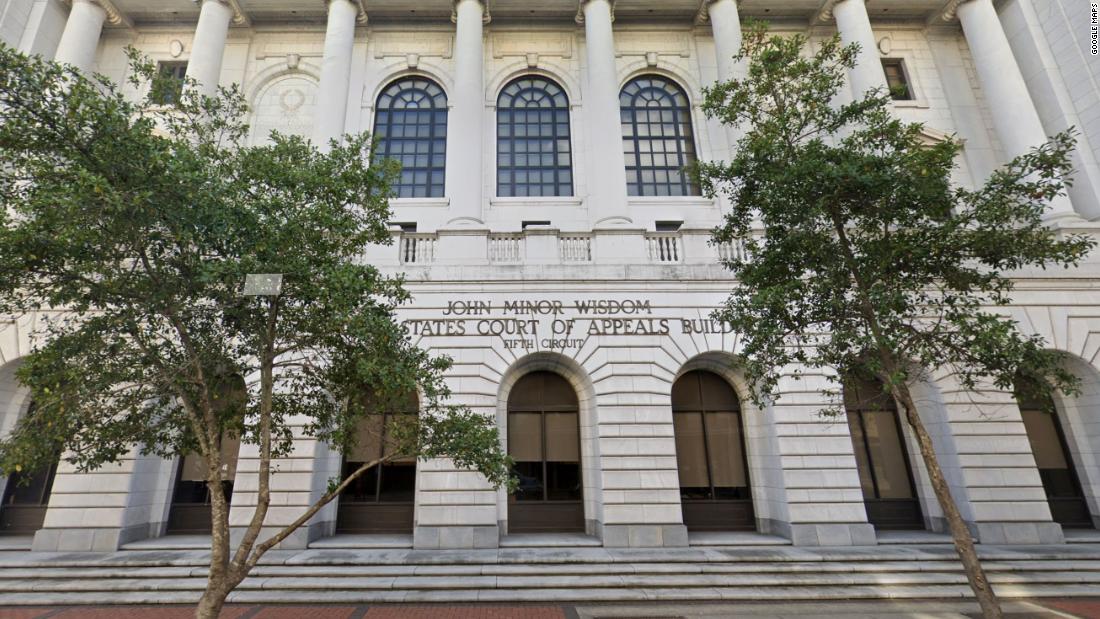 The federal appeals court that has been under fire for its handling of abortion rights, immigration and so-called social media “censorship” handed down on Wednesday a ruling that – if adopted nationwide – could upend the way that federal agencies for decades have enforced the law.

The Wednesday ruling from the New Orleans-based court covers Texas, Louisiana and Mississippi. But it could lead to other successful challenges of cases that the SEC has chosen to put in front of its internal administrative law judges and limit how the agency protects investors.

Legal experts expect the SEC to appeal the case, which could ultimately land before the US Supreme Court. That path, however, is risky for the Biden administration, given the interest the high court’s conservative justices have expressed in reining in the power of the administrative state.

“I see it as part of the ongoing battle over the role of the administrative state, so the real question is how much power do we put into the entities that are only indirectly accountable to the legislature or the executive,” said Jim Angel, a Georgetown University professor who specializes in the regulation of financial markets.

Here’s what to know about Wednesday’s ruling:

What was the SEC accused of doing wrong?

Before the 5th Circuit was a case brought by hedge fund chief George Jarkesy and his investment adviser Patriot28, who were challenging the SEC’s use of its internal administrative adjudication process against them. The SEC’s administrative adjudicator ruled they had committed various forms of securities fraud, which was punished with $ 300,000 in fines, a forfeit of $ 685,000 in ill-gotten gains and a ban on engaging certain industry activities.

The SEC uses this internal administrative mechanism – where the presiding officer is an official known as an administrative law judge – to bring certain enforcement actions, typically in cases concerning people or entities the agency is charged with regulating, like investment advisers or brokers.

An advantage of the process is that administrative law judges have a specialized knowledge of securities law, which the SEC argues makes them better equipped to hear cases concerning these kinds of industry issues.

“You expect the [administrative law judge] to be very knowledgeable as to what the rules are, how financial systems work, and [who] can really understand the facts of the case right away, “Angel said.” If you’re going through a traditional court, well guess what? The judge may not have a clue as to what’s going on. And if you have a jury trial, oh my! ”

But if an enforcement action goes the administrative route, the accused are deprived of the opportunity to ask for a jury and do not have the protections of the evidentiary rules that federal court procedures offer.

“The SEC claims it is a much more streamlined process,” said Jacob Frenkel, a former SEC attorney now at law firm Dickinson Wright. “The word streamlined is can best be interpreted as one that favors the agency to the disadvantage of the person charged. ”

What did the 5th Circuit hold?

First, the court’s majority said the SEC’s use of the administrative tribunal in the challengers’ case violated their Seventh Amendment right to a jury trial. This is, perhaps, the most problematic aspect of the ruling for the SEC’s enforcement capabilities, because it’s not a problem that Congress can fix with legislation.

“Under the Seventh Amendment, both as originally understood and as interpreted by the Supreme Court, the jury-trial right applies to the penalties action the SEC brought in this case,” Elrod wrote. She asserted that securities fraud is akin to the kind of fraud cases that were put in front of juries brought in front of English common law courts, and that juries have shown themselves capable of handling similar cases today.

Second, the 5th Circuit ruled that the lack of guidance from Congress as to when the SEC can enforce a case through an administrative process rather than in an Article III court made the approach unconstitutional. Third, the court held that the restrictions on the removal of ALJs also made their use in this context unconstitutional.

Circuit Judge W. Eugene Davis, a Ronald Reagan appointee, dissented, writing that the agency’s use of the in-house tribunal fit the definition of an enforcement of a so-called “public right,” which the Supreme Court has previously said can be adjudicated through administrative processes.

What does this mean?

The ruling gets at the heart of how an agency can enforce the laws it’s charged with carrying out, and what kind of power it can wield unilaterally.

“It’s really a shot out of left field, across the bow,” said Cornell Law School professor Charles Whitehead, who noted that the use of administrative enforcement process “has been around for 100 years.”

The ruling means that, in the states covered by the 5th Circuit, SEC must pursue cases alleging fraud in a traditional federal court of law and can no longer use the administrative process for adjudicating those claims.

A narrow interpretation of the 5th Circuit’s 7th Amendment assessment could allow more technical, regulatory violations – like a violation of a rule requiring brokers to have a certain amount of capital on hand – to proceed through the in-house tribunal. But those other kinds of enforcement actions could still be vulnerable to challenge during broader readings of the 5th Circuit’s opinion.

Regardless, having the administrative route limited – if not entirely shut down – for SEC enforcement would reduce the enforcement capabilities of the agencies.

In 2021, the SEC brought 208 standalone enforcements through the administrative process, compared to 226 civil cases it filed in traditional courts last year. A 2018 Supreme Court ruling against the way that the agency’s administrative law judges had been appointed has already forced the SEC to pivot away somewhat from the forum.

But further scaling it back or eliminating it altogether will make it “much more expensive to get the same level of investor protection,” Angel said.

Does this ruling affect other federal agencies?

While the case concerned the SEC’s in-house tribunals, its reasoning could be applied to agencies that use similar enforcement mechanisms.

“There’s many agencies that depend almost exclusively … on the use of administrative procedures rather than proceeding to federal court,” Duke University School of Law professor James Cox said, adding that he saw nothing “unique to the SEC” in how the 5th Circuit framed its logic.

Among the agencies that also utilize administrative law judges are the Federal Trade Commission, the US Equal Employment Opportunity Commission, the Environmental Protection Agency, and the Commodity Futures Trading Commission.

“Almost any of the agencies created in the last 75 years have some kind of rule-making and enforcement authority,” Angel said.

Legal experts said the Biden administration is likely to appeal the ruling, given the exceedingly aggressive swipe it takes at the agency’s authorities.

That the decision has arisen from the 5th Circuit is also notable, as that court is known for extremely conservative opinions that critics say go far outside mainstream legal thought. Wednesday’s ruling comes on the heels of a separate panel’s decision that revived a Texas social media law banning platforms from removing certain content, and the appeals used unconventional procedural tactics to prevent a federal judge from blocking Texas’ six-week abortion ban.

The Justice Department can ask for the SEC case to be reheard en banc – meaning that the entire bench of the 5th Circuit would review the panel’s decision – or it could go straight to the Supreme Court. If the Supreme Court upheld the Wednesday ruling, it would become binding precedent across the nation.

The questions it raises about executive agency power may make this an attractive case for the Supreme Court to take up for review. Justice Clarence Thomas in particular has expressed hostility towards allowing the federal government to adjudicate certain disputes outside Article III courts, while Justices Neil Gorsuch and Brett Kavanaugh are also seen as especially receptive to arguments for scaling back the administrative state.

“The Supreme Court might be very interested in taking [this case]which would not necessarily be good news for the SEC, “said Harvey Pitt, who chaired the SEC in the early 2000s.