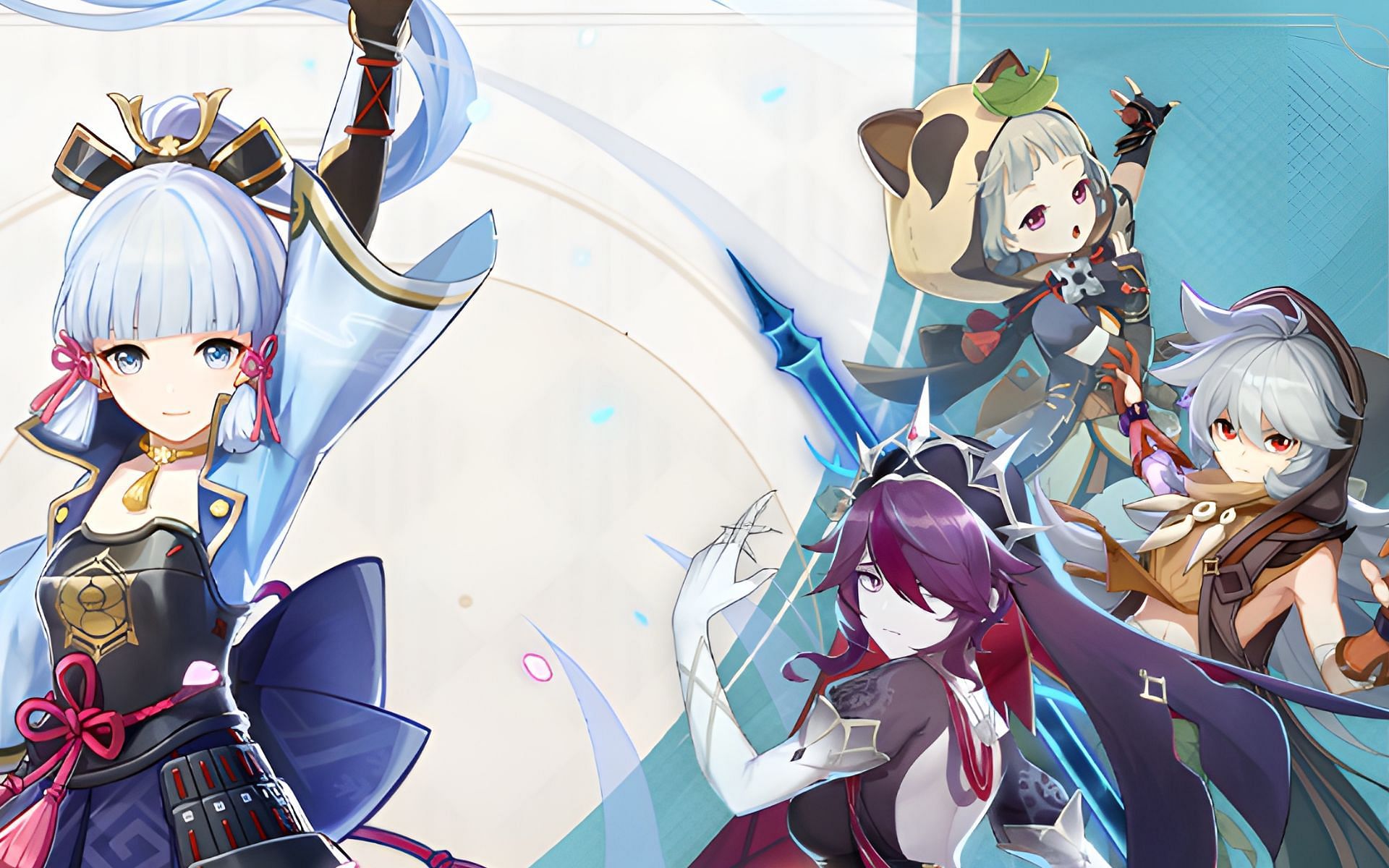 The next wave of Genshin Impact banners is scheduled to arrive on April 19, 2022. This phase will include:

It’s worth noting that the planned duration for these Event Wishes is from 6.00 PM on April 19, 2022, to 2.59 PM on May 10, 2022. However, not every server runs in the same timezone, meaning that Travelers will have access to these new Event Wishes at different times from one another.

In that case, a countdown would be extremely beneficial for simplifying when this phase of banners goes live. It will be divided into three sections related to the three major servers:

Countdown to the next Genshin Impact banners (April 2022)

It’s also worth noting that upcoming Event Wishes arrive in the Asian server before the other servers, but they will also leave faster. It’s a minor difference that will not affect most players, but it’s something to remember.

Both Ayaka’s rerun and the next weapon Event Wish will come out simultaneously. Hence, these countdowns are for both banners. Travelers have ample time to prepare before they go live.

What is in the next wave of Genshin Impact 2.6 banners?

Travelers, stock up on weapons and characters in the event wish to make your party stronger in combat!

Travelers, stock up on weapons and characters in the event wish to make your party stronger in combat! During this event wish, the event-exclusive 5-star character “Frostflake Heron” Kamisato Ayaka (Cryo) will receive a huge drop-rate boost !#GenshinImpact https://t.co/QXiKahARgx

There is only one character Event Wish in the second half of Genshin Impact 2.6. It features:

Many of these characters have not been seen in months to nearly a year, so it’s a great opportunity for any Traveler to try and add them to their character roster. Kamisato Ayato and Venti’s Event Wishes will already be over before Ayaka’s rerun begins.

Travelers generally have no idea when a 5-star character will return, so this is the best chance they have to try and summon Ayaka if they want her. At the very least, the featured 4-star characters will always be summonable (just with a significantly lower chance).

Travelers, stock up on weapons and characters in “Epitome Invocation” to make your party stronger in combat!

During the event, the event-exclusive 5-star weapons Mistsplitter Reforged (Sword) and The Unforged (Claymore) will receive a huge drop-rate boost!

Travelers, stock up on weapons and characters in “Epitome Invocation” to make your party stronger in combat! During the event, the event-exclusive 5-star weapons Mistsplitter Reforged (Sword) and The Unforged (Claymore) will receive a huge drop- rate boost!#GenshinImpact https://t.co/4Ff3jTuNht

The featured weapons on this Epitome Invocation are:

Almost the entire Favonius series is featured here, although the Mistsplitter Reforged is the main draw of this Event Wish. It’s a 5-star Sword with a 44.1% CRIT DMG bonus, with an effect that gives the user a bonus 12 ~ 24% All Elemental DMG. It even provides up to three stacks of more Elemental DMG buffs based on the user:

The Unforged is a 5-star Claymore in Genshin Impact with 49.6% ATK, and it also increases the user’s shield strength by 20%. Its effect is tied to more ATK buffs, which are increased by 100% if the user has a shield.

Q. Are you hyped for an Ayaka rerun?