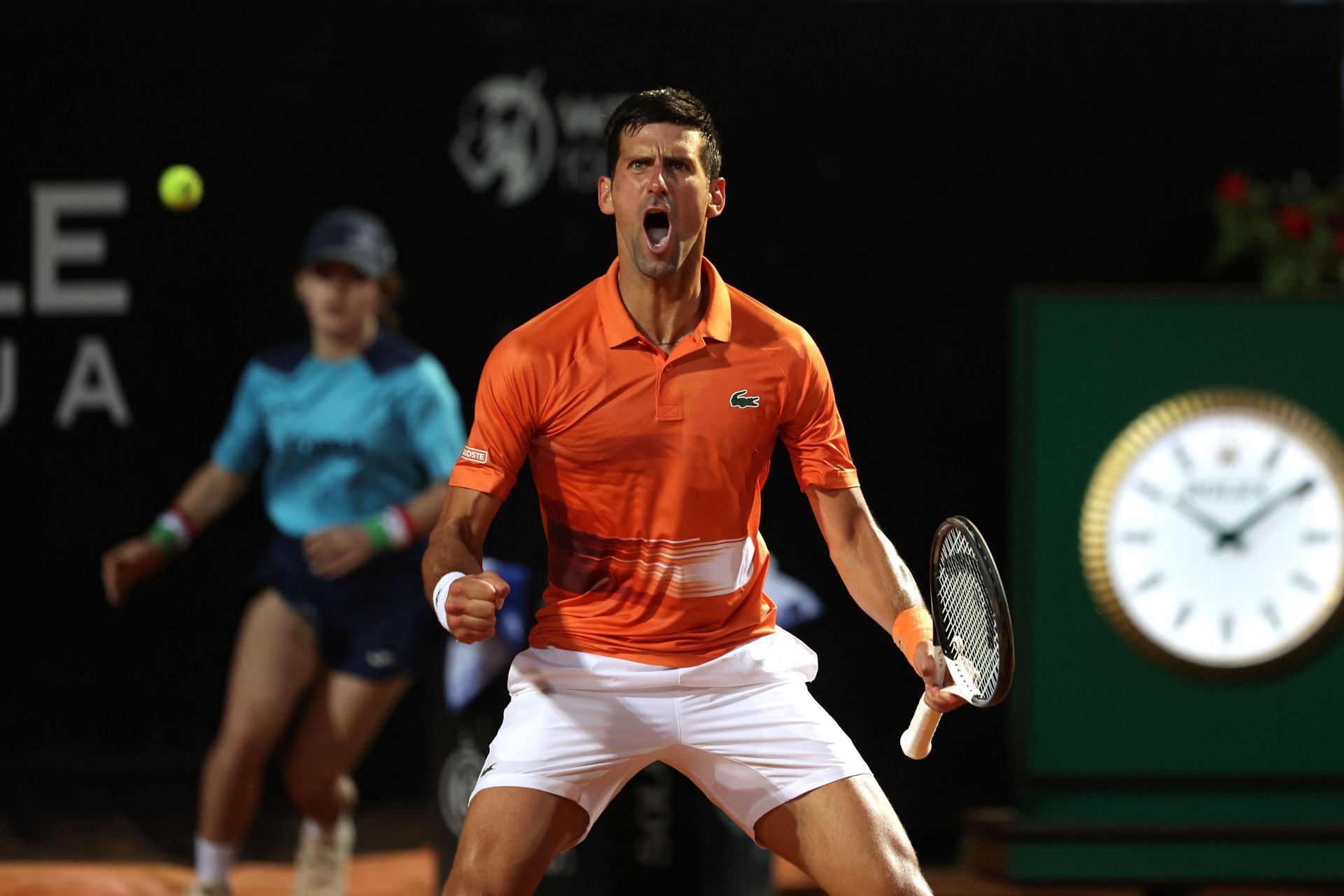 World No. 1 Novak Djokovic will square off against Stefanos Tsitsipas in the final of the Italian Open on Sunday. The Serb entered the tournament following a semi-final exit at the Madrid Masters. Seeded first, he automatically received a bye to the second round, where he beat Aslan Karatsev 6-3, 6-2.

In the last 16, the 34-year-old defeated longtime rival Stan Wawrinka 6-2, 6-2 to reach the quarterfinals. Eighth seed Felix Auger-Aliassime pushed him all the way, but the World No. 1 prevailed 7-5, 7-6 (1) to book his place in the semifinals.

Awaiting the Serb was Casper Ruud, whom he defeated 6-4, 6-3 to reach his 12th final in Rome. It was also the 1000th win of Djokovic’s illustrious career.

Djokovic’s final opponent, Tsitsipas, has had a successful claycourt season. The Greek won the Monte-Carlo Masters and made the semifinals in Madrid. He faced Alexander Zverev in the last four of the Italian Open and fought back from a set down to win the match and reach his first final in Rome.

This will be the ninth meeting between Djokovic and Tsitsipas, with the former leading the head-to-head 6-2. The duo clashed in the semifinals of last year’s Italian Open, with the Serb winning 4-6, 7-5, 7-5.

Djokovic looks in imperious form at present, but so does Tsitsipas. The match promises to be an exciting one and it will be interesting to see who comes out on top.

The men’s singles final of the 2022 Italian Open will be the third match on Sunday and the second on Center Court. The match will get underway not before 4 pm local time.

Here are the broadcast timings of the final for fans in the USA, UK, Canada and India:

Italian Open 2022 final: Where to watch

Viewers from the following countries can catch the action live on their respective channels and sites:

USA: For viewers in the USA, Tennis Channel will broadcast the match.

Canada: Viewers in Canada can tune in to TSN & Rogers Sportsnet.

Australia: Fans Down Under can catch all the action live on beIN Sports.

India: Indian viewers will be able to watch the final live on Voot & Sports18.

Italy: The host country will broadcast the final live on Sky Italia.

Greece: Viewers in Greece can watch the final live on Hellenic (OTE TV).