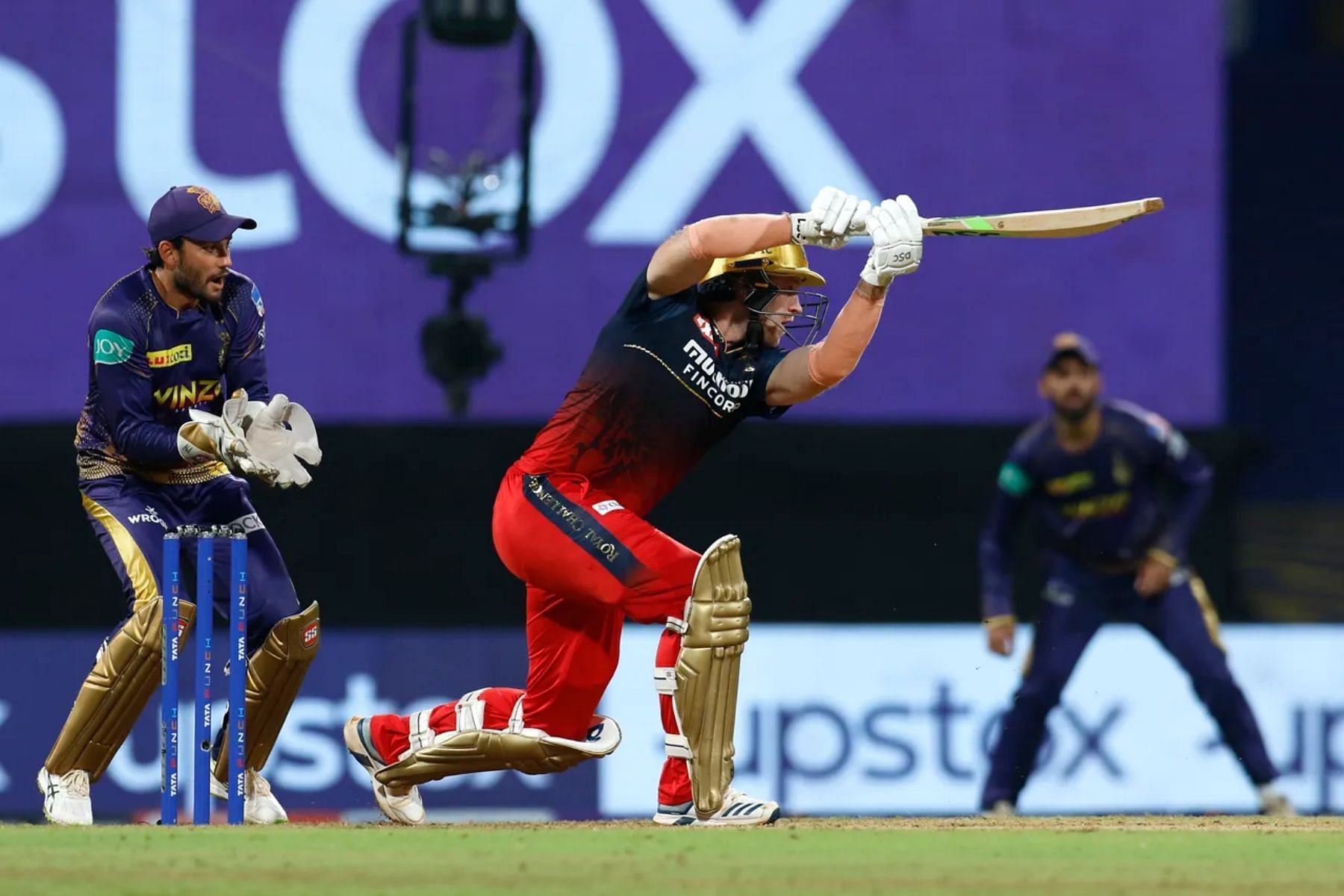 The Royal Challengers Bangalore (RCB) defeated the Kolkata Knight Riders (KKR) by three wickets in yesterday’s IPL match at the DY Patil Stadium in Navi Mumbai. In a low-scoring encounter, Bangalore restricted Kolkata to 128 after inviting them to bat. They then chased down the total in 19.2 overs.

RCB made heavy weather of the chase before getting home in the last over. They needed 24 off the last three overs with five wickets in hand. However, a brilliant catch by KKR keeper Sheldon Jackson gave the bowling side some hope. Sherfane Rutherford (28 off 40) inside-edged a heave off Tim Southee and Jackson dived low to his right to complete the catch. The excitement in the game stayed alive as Wanindu Hasaranga (4) was caught at mid-off, mistiming a big hit.

There was a massive moment in the penultimate over when a terrible mix-up between Dinesh Karthik and Harshal Patel saw both batters at the striker’s end. However, Umesh Yadav sent down the throw at the wrong end and RCB did not lose a wicket. Harshal whacked two fours off Venkatesh Iyer to bring the equation down to 7 off the last over. Karthik then slammed an unfit Andre Russell for six and four off the first two balls to seal the contest.

Chasing 129, Bangalore lost Anuj Rawat (0) for a duck in the first over as he poked at a quick delivery from Yadav and was caught behind. Virat Kohli came in and caressed two boundaries. However, at the other end, RCB lost skipper Faf du Plessis for 5 as he clipped a leading edge off Southee to point.

Kohli’s (12) stay at the crease ended the next ball as fiddled at a good-length delivery from Yadav and nicked the ball to the keeper. After 2.1 overs, RCB were in deep strife at 17 for 3 and KKR were very much in the game.

David Willey (18) and Rutherford steadied the chase with a fourth-wicket stand of 45. However, just as RCB seemed to be getting on top, Sunil Narine struck as Willey chipped a catch to midwicket.

Shahbaz Ahmed came in and hammered Russell for two sixes in the 13th over to ease the pressure on RCB. He hit a quickfire 27 before being stumped to put Bangalore ahead again. Karthik and Harshal then took the team home.

Bangalore leg-spinner Hasaranga picked up 4 for 20 as RCB restricted KKR to 128 after inviting them to bat. Akash Deep also chipped in with three wickets while Harshal Patel ended up with excellent figures of 2 for 11 (including two maidens) as Kolkata never got any rhythm going into their innings. Russell’s 25 was the top score in KKR’s innings.

Kolkata got off to a poor start as Venkatesh Iyer (10) perished in the fourth over to Akash Deep, top-edging an attempted pull. The innings never got back on track. Ajinkya Rahane (9) connected his stroke better off Mohammed Siraj’s bowling, but only managed to find the fielder at deep backward square. Nitish Rana (10) was the third Kolkata batter to be dismissed in the powerplay as he top-edged a heave off Akash Deep and was brilliantly caught by a diving David Willey.

KKR finished the powerplay at 44 for 3 but worse was in store for them. Skipper Shreyas Iyer (13) tried to take on Hasaranga but ended up finding the fielder at long-on. In his usual style, Sunil Narine came in and threw the willow around. He hammered Akash Deep for a four and a six off consecutive deliveries, but the entertainment did not last long.

Hasaranga sent back Narine (12) and Sheldon Jackson (0) off consecutive deliveries to put KKR in further trouble. Narine miscued a big hit to backward point, while Jackson was knocked over by a googly.

While Sam Billings (14) also perished cheaply to Harshal, Russell muscled three sixes and a four before nicking one off the same pacer. Hasaranga had his fourth when Southee (1) was caught while attempting a big swing.

There were some fine performances with the ball for Bangalore. Hasaranga ran through the middle and lower order and claimed the big scalps of Shreyas and Narine. He never allowed KKR batters to settle.

Harshal once again proved his worth in the T20 format, conceding only 11 runs in four overs while dismissing Billings and Russell. Akash Deep went for 45 in his three but got the major scalps of Venkatesh Iyer and Nitish Rana. With the bat, Rutherford and Shahbaz contributed crucial 20s.

For KKR, pacer Yadav once again stood out with excellent figures of 2 for 16, sending back Kohli and Rawat. Southee also kept the team’s hopes alive, claiming 3 for 20. Eventually, KKR did not have enough runs on the board.

Hasaranga was named Player of the Match for his impressive four-wicket haul.