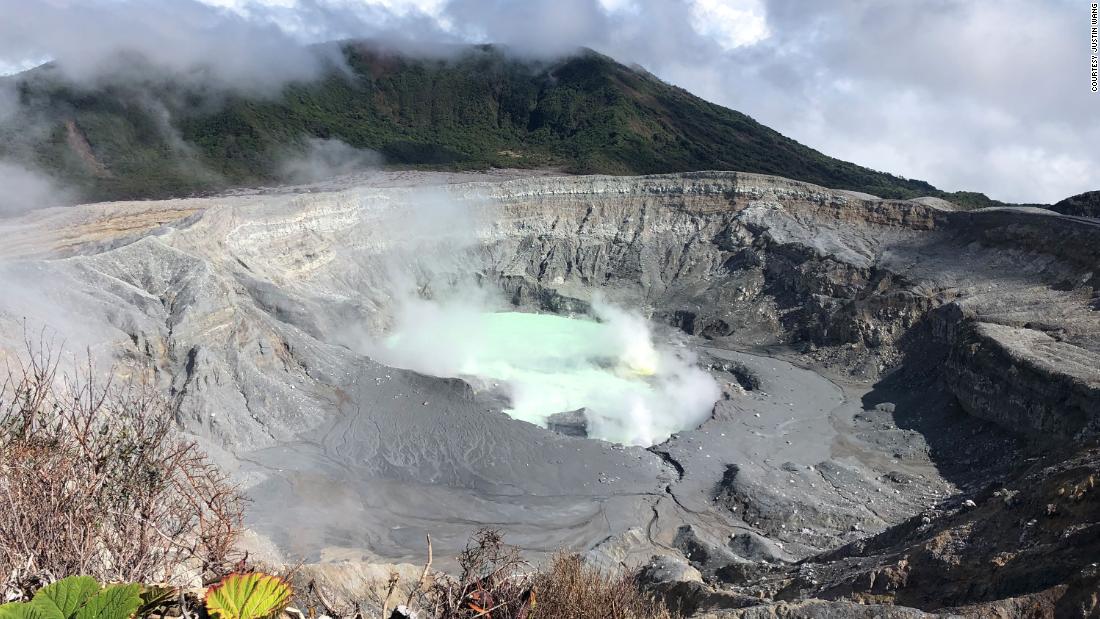 Early on, Earth was a harsh, sweltering place. Somehow, life managed to form and find a foothold, persisting as the planet cooled and grew more hospitable. Remnants of this primordial world are still visible today, like postcards from the past.

Along the ocean floor, blistering hydrothermal vents spew streams of toxic minerals from gaps between tectonic plates, fed by the heat of magma beneath Earth’s crust. Yet hundreds of species cluster around these vents, far from sunlight.

In the heart of the Costa Rican rainforest is a bright blue lake full of toxic metals. Clouds of stinging steam drift around the active volcanic crater hosting one of Earth’s most acidic lakes.

Located near the summit of the Poás volcano, Laguna Caliente is subject to frequent eruptions, releasing explosions of ash, rock and steam – and sometimes roiling magma.

But life has adapted to survive in this hostile environment, where boiling temperatures can cause the water to froth.

Scientists believe this otherworldly cauldron could suggest how organisms might have existed on Mars billions of years ago, revealing new places to search for evidence of ancient life on the red planet.

The International Space Station, where humans have continuously lived in space for more than 20 years, will fall to Earth and plunge into a watery grave in the Pacific Ocean in January 2031, according to a new NASA plan.

The orbiting laboratory will deliberately crash down into Point Nemo, already the resting place of more than 263 pieces of space debris.
In the future, commercially operated space platforms will serve as a venue for collaborative scientific research, based on NASA’s projections.

For the next eight years, the space station will still be a hive of activity, as astronauts come and go and prepare for the first crewed mission to Mars.

Parts of the United Kingdom are experiencing an early spring due to unseasonably warm weather brought on by the climate crisis. Eventually, this shift could lead to spring beginning in February on a regular basis.

While that might sound like a nice change from winter’s Arctic blasts, it’s a big cause for concern, according to scientists.

Temperature shifts over time have caused flowers to bloom a month earlier than usual across the British Isles. This creates a mismatch between plants and the insects, birds and wildlife they impact.

Such a change could disrupt ecosystems and cause the collapse of entire species – and it all begins with flowers.

A weather satellite is about to be our new eye in the sky – and it’s looking at you, Western Hemisphere.

The National Oceanic and Atmospheric Administration will launch GOES-18 on March 1.

It will monitor weather impacting the western United States, Alaska, Hawaii, Mexico, Central America and the Pacific Ocean from 22,236 miles (35,785 kilometers) above the planet.

This region of the globe experiences raging wildfires, dense fog, hurricanes and other storms that roll in from the ocean – but the weather patterns born here have impacts elsewhere.

The satellite will peer inside wild weather phenomena and capture stunning images. And GOES-18 will track dangerous weather of a more cosmic nature, too.

Congratulations are in order for Elmer and Lima, two adult male Humboldt penguins that have just become first-time parents to a baby chick.

The pair are the first same-sex foster parents to successfully hatch an egg at the Rosamond Gifford Zoo in Syracuse, New York.

Some biological penguin parents unintentionally damage their eggs when they bicker over who does what. This is exactly what had happened to Elmer when his parents accidentally cracked his egg and it was repaired with glue. To avoid this, eggs are often transferred to foster penguin parents, and this time, it was Elmer and Lima’s turn.

Penguins take parenting duties very seriously. So far, the pair are proving to be a dynamic duo.

– Nearly 200 human spines were found threaded on posts in Peru. These markers, which are hundreds of years old, reveal a unique way of treating the dead that has never been documented in the region.
– Earth has a newly discovered rare asteroid companion that contains evidence of how our solar system formed. And is it just us, or does this look like a tree stump on Mars?
– Flowers that once bloomed at the feet of dinosaurs 99 million years ago have been found perfectly preserved inside drops of amber.
Like what you’ve read? Oh, but there’s more. Sign up here to receive in your inbox the next edition of Wonder Theory, brought to you by CNN Space and Science writer Ashley Stricklandwho finds wonder in planets beyond our solar system and discoveries from the ancient world.